Known throughout the world, the Shroud Society is one the most predominant trade organizations found across Fiven. Their ships and chapterhouses can be found in most major port cities in the Strathwine Barony, Southern Spire, Majis, Ilfar and beyond.

Their chapterhouses double as market hubs for regions. In some countries, Shroud Society representatives have seats in the houses of some governments as economic advisers. However, in all locations, Shroud chapterhouses are as much a storehouse of knowledge and technological innovation as they are of goods.

This is one of the main reasons that the Shroud Society is the main provider of the “lightwire” technology used by so many of the larger cities across the continents. They have both blueprints and skilled workers to assemble the wireless solarium based communication devices.

The result of these sponsored expeditions is a slow influx of rare items, lost technologies and other goods. This keeps their profits high to justify the cost of these ‘business ventures’. It’s also these business ventures that bring them into conflict with the Wayfarer League and occasionally the Nighthunter Union.

In the public eye, the Shroud Society is a loose collection of local merchant guilds cooperating regarding trade. In each of these local guilds, there is a single leader called the ‘keldamin’ or ‘master of experts’. This individual handled the daily management of where goods are acquired from and where they are sold. The Keldamin also handles setting price to shape the economy to suit their members’ needs.

The Keldamin isn’t able to do this alone. Under a Keldamin are the local Minders. They are the master craft folk of a particular trade in the area. They teach up-and-coming craft folk and manage the product created for use by the Shroud.

Below the Minders are the Lerbeks, or experienced learners of a particular trade and also handle more daily tasks with handling and managing the movement and production of trade goods. The lowest and most numerous of the ranks are the Probationers, who are just starting out learning a particular trade or craft.

The true leadership of the Shroud is the Augur Council. They comprise the current leadership of the regional Shroud Society chapterhouses. They discuss and plan trade but also review issues related to their actual goal of creating a ‘reformed’ Torin Republic.

Field agents called Scribers do the bulk of the work behind the scenes for the Shroud Society. These are the individuals that are sent as part of ventures to extract lost knowledge and old or new technologies for study. They also act as assassins for the organization when necessary.

Any items, knowledge or information a Scriber uncovers is brought back, at times by force, to a Shroud chapterhouse. There it's locked away to determine how the Shroud can best make use of what it's recovered, or if it should be erased for the greater good.

As stated, the public agenda of the Shroud Society is that of business, trade, and technology for a price.

Most merchant caravans or guilds are local, often family, operations. The Shroud offers a way for these caravans or guilds to expand their business and reach new customers. It would help that caravan or guild gain greater prestige and influence in their region.

This tempting prospect has drawn in several caravans or guilds along the Crystal Bay coastline over the generations. Such arrangements have bolsters the public reputation of the Shroud as an organization that can help a local merchant achieve high profits and respectability.

Unknown to the general populace, the Shroud Society was built upon the ruins of the Torin Republic’s Intelligence Sphere organization and the Silverward Consortium, which was a consortium of merchant and research organizations that supplied the Torin Republic with much of its military technology.

After the fall of the Torin Republic in 450 AF (After FireFall), the remnants of the Intelligence Sphere used what resources they could from the Silverward Consortium and vanished from public memory. Using the remains of their intelligence network, the organization reformed 480 AF (After Firefall) as a merchant organization in the northern Balelands countries.

The main, or at least public, agenda of the Shroud Society is that of business, trade, and technology for a price. However, it isn’t the organization’s only goal.

To this day, the Shroud Society follows a secret agenda involving the counties and societies that hold power in the various regions of Fiven. Using their influence, the Shroud Society seeks to ‘reshape’ the directions of those regions. The end of this reshaping would be the emergence of a new Torin Republic that would be a successor to the old.

The key to this reshaping process in their doctrine is the proper handling of technology and knowledge. Knowledge, and by extension, technology is power. Power can be dangerous if in the wrong hands, so the Shroud quietly monitors and collects technology and information. This allows them the freedom to parse out the technology or erase knowledge they feel is dangerous to reforming a new Torin Republic.

However, this goal puts them at odds with the Wayfarer Society in particular. Conflicts between the groups are regular, leaving the Wayfarer League suspicious that the Shroud’s motives go beyond the occasional foray into unethical business practices. 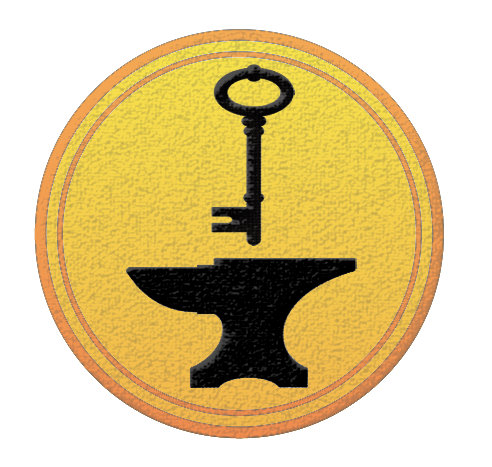 The Fiven Chronicles is a work of pure, unabashed fiction. In fact, it considers itself rather noble and quite proud of itself, when it isn’t worrying itself to distraction. Names of characters, places, events, organizations and locations are all creations of the author’s imagination for this fictitious setting.   Any resemblance to persons living, dead, or reanimated is coincidental. The opinions expressed are those of the characters and should not be confused with the author’s, since the characters and the author tend to disagree a lot.   Unless otherwise stated, all artwork and content are © CB Ash, All Rights Reserved