Faerûn    Organisations      Cormyr
The Kingdom of Cormyr (also known as the Forest Country and the Land of the Purple Dragon) is an independent kingdom located in interior Faerûn. It is currently ruled by Queen Raedra Obarskyr from the capital of Suzail. Historically, Cormyr has been one of the most prosperous countries on the continent, as well as one of the safest and most stable. Cormyr operates under a semi-feudal system, with nobility deriving their authority at the pleasure of the crown.

The history of Cormyr begins before Dalereckoning, when dragons ruled the forests of the modern-day kingdom. The most powerful of these was the black dragon Thauglorimorgorus (shortened to Thauglor), who controlled the majority of the forests of the region. For many years, elves attempted to settle the forests of Cormyr, but were mostly unsuccessful. This changed in -205 DR, when the elven warrior-mage Illphar Nelnueve met with Thauglor to mediate the competing claims of the elves and dragons of the region. Illphar challenged the dragon to a form of ritual combat known as a Feint of Honor, which is used by dragons to settle disputes. Illphar defeated the dragon, and the event came to be known as the Passing of Power. In the end, elves were permitted to settle the forests, while dragons retained the marshes and mountains. These forests eventually became part of the elven kingdom of Cormanthyr.

The modern day city of Suzail was founded in 6 DR by Ondeth Obarskyr, a migrant from the Kingdom of Impiltur. He, his first wife, and their two sons built a small farmstead in a sheltered harbour along the Dragonmere, which soon became populated by others seeking a new life. At first, the settlement was named Suzara's City, named after Ondeth's wife Suzara. Soon after founding the city, Ondeth met a Netherese wizard named Baerauble Ethar that lived with the elves in the region. It was this connection that prevented a war between the elves and human settlers of Cormyr following a series of massacres, as the wizard offered Ondeth the crown of Cormyr on behalf of the elves of Cormanthyr. Ondeth refused, but made peace with the elves anyway. It was Ondeth's son, Faerlthann Obarskyr, who was crowned the first King of Cormyr in 26 DR.

Faerlthann's reign saw Cormyr expand to include most of the human settlements along the Dragonmere. Suzail had walls and a keep constructed, and that keep remains the seat of power in the Kingdom even through the 15th century DR. The reign of Faerlthann also saw the construction of watch towers and roads throughout the frontier. Baerauble, the Netherese wizard that aided Ondeth, was appointed as advisor and Royal Magician to the King, and outlasted Faerlthann, continuing in his role.

Following the reign of Faerlthann, Cormyr continued to rapidly expand into the forests and farmlands to the north. There were many rebellions and attempted coups in the early history of Cormyr, but most were quickly defeated. One of the more notable incidents comes from the reign of King Duar Obarskyr, the 52nd King of Cormyr in 429 DR. While Duar was leading an army to fight invading orcs, his father-in-law secretly betrayed the Kingdom, selling the capital city Suzail to the pirate king Magrath the Minotaur. For three years Duar operated as an outlaw in his own country, until he finally retook Suzail and killed Magrath.

In 1018 DR, the black dragon Thauglor awoke from his millennia-long slumber and descended upon Suzail. He and three red dragons burned half of the city to the ground, killed a third of the population, and demolished a quarter of Castle Obarskyr, retreating before the city guard could rally. High above the King's Forest, the dragon was engaged by High Wizard Thanderahast and his student, Jorunhast. While the High Wizard was badly injured by the dragon's acid, his pupil managed to lure Thauglor to the waiting army of King Azoun II. The army's archers managed to bring down the dragon by shooting his wings, where Azoun stabbed the magical sword Orbyn through the dragon's eye, slaying the fell beast. Thauglor in his advanced age had developed purple scales, his black ones slowly fading with age.

Cormyr reached its peak under King Azoun IV, crowned in 1336 DR. Azoun IV added a large chunk of land to the Kingdom, and cemented its place as a major world power. Although there were some border skirmishes with neighbouring Sembia, Cormyr experienced unparalleled peace and prosperity. This ended in 1370 DR, when the red dragon Nalavarauthatoryl led an army of orcs and goblins to conquer the Kingdom. Many northern cities were sacked during this time, until the next year, King Azouth IV and Nalavarauthatoryl killed each other in battle. Princess Alusair, known as the Steel Princess for her prowess in the war, was named regent until Azoun V was old enough to take the throne.

When King Azoun V took the throne at age 13 in 1384 DR, he attempted to curtail the rights of the nobility in favour of the commoners, but was met with significant resistance. The next year, the Spellplague struck. One third of the War Mages were killed, driven mad, or went missing, and much of the Blue Dragon fleet was stranded in port due to the rapid depletion of the Dragonmere. Unlike many other cities and nations, Cormyr weathered the Blue Breath of Change remarkably well, owing to its resilient political infrastructure and historical stability.

After decades of tension, war erupted between Cormyr and Sembia in 1484 DR. While Cormyr gained the upper hand at first, this was quickly reversed by the entrance of the revived Netheril into the war. King Irvel was killed during the siege of Suzail and succeeded by his daughter Raedra. Queen Raedra managed to rout the Netherese and Sembian forces, winning the war. The next year, in 1487 DR, effects of the Second Sundering would see the capital of Netheril crash into Myth Drannor, destroying both cities. In the years since, Cormyr has slowly rebuilt from the devastating war, but remains one of the most powerful nations in Faerûn. 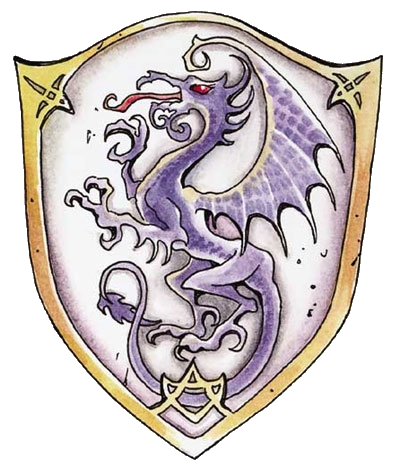 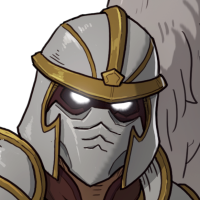