A memory of the past

This seemingly normal toy wooden horse is actually one of the most precious artefacts in the Seruic royal vault. It belonged to Robert Elenasia, one of the children the first settlers of Serukis lost during the Crossing.   The horse was carved for Robert when he was born by his grandfather, Henry, a tavernkeeper from Stillcross in Kaien. It is made from a single piece of wood and is quite rudimentary in shape. It has not been painted or decorated in any way, but it is still clearly a horse.   In 3830 EA, Robert Elenasia was ten years old when he embarked on the Crossing with the majority of his village, including his grandmother, parents, and younger brother. One month into the two month journey, Robert froze to death during the night, a fate that became sadly too common as the trip continued. Robert's parents were distraught, and terrified that they would lose their younger child as well. The wooden horse was kept close by his father, Reth, for the rest of his life. 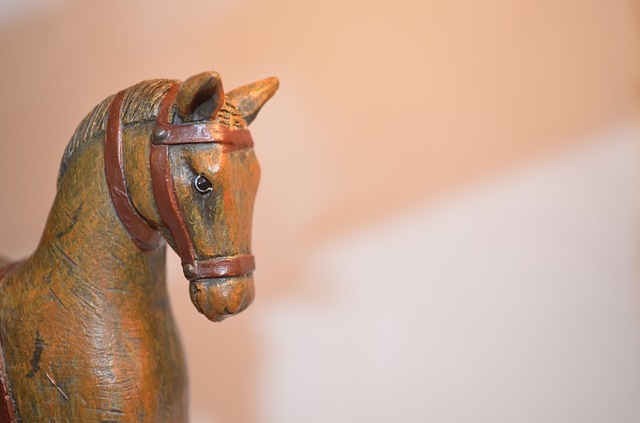 by PublicDomainPictures
Although, over a thousand years later, the emotional connection to the wooden horse has dimished for the Elenasia family, the toy is still kept in the vault with the rest of their greatest treasures. It serves as a reminder of the past and of the sacrifices their ancestors made for them to be where they are today.
Seruic Artefacts

Answering: "an ancient and/or powerful artifact"
Visit Serukis's Competition Page Check all other answers to this prompt Competition Homepage

Aw that's really sad! Poor Robert. The ancient settlers sacrificed a lot for their descendants to have better lives! D:

Thank you! They really did. :(

Oh, so sad. Sweet too. I like how simple the article is, it's very easy to read.

Lilliana Casper   I don't comment much, but I love reading your articles! Come check out my new world, Jerde.

This is so sad, but I love the history of the item, and the different take on the prompt :)

I adored this article. Feels like the perfect item and story for a Summer Camp-length article. Though I'm sure you (as author) may find things to correct or add to over time, I think this one is already pretty close to "done" (whatever done means for us author-types, who love to fiddle and fiddle and fiddle some more).

Thanks so much, Chris <3

That's a really sad story :( nice of the family to keep it and still remember the story though :D

This is such a touching story. It is wonderful to see that after so much time past the toy horse is still kept as a family treasure.

Ohhhh. You got me with the kids... sad day. Oof. I cant even imagine. I definitely would have kept that horse and equally consider it a treasure. Oof. That hit hard. Well done.