Ah yes, the Matchmaker's Festival. A whole day to get people together; find love, find friends, combat a low birth rate, maintain a surveillance state... find love. That's what it is all about, most people just see what they want and ignore any sinister secret behind it.   The Syndicate never does anything for free, and pushing the Matchmaker's Festival is no exception.
— Net-Leecher

The Jupiter Syndicate was in a rough situation as The Melancholic Lacuna gripped the Universe. The inter-banner business powerhouse found itself stranded. Victoriana and its people were suffering from such a powerful wave of economic and mental depression that Auric Echos grew beyond the ability for Auric Scrubbers to handle.   Not only was the rampant depression sabotaging production, but as the years of isolation turned to decades, the birth rate began to slow. The corporate environment that the Syndicate fostered did not encourage developing families and so deaths began to outweigh births.   The Directoriate faced a slow starving death of population loss, or a quick death at the hands of depression and unrest. So Osborne Jadey called the Directoriate to an all-hands meeting. The deliberation and planning took four days straight, but they came out of it with a plan to recovery, and that plan included the first ever Matchmaker's Festival.

Yes, this is a situation that looks bleak, but we have been through worse before. We can endure through the power of our intellect. All we need is a good app and the best marketing team we can scrounge.   I expect recommendations on my pad in fifteen minutes.
— Osborne Jadey

The solution for the global downturn came in a multiday bombshell. A new logo took the entire Æthernet by storm over night. Every company announced the same announcement, a new app designed to help people find someone to cherish. The next day, the companies published a new three day holiday. The entirety of Victoriana caught onto the rumored event.   Vendors big and small began targeted leaks and memes, a global effort to push the event through guerrilla marketing. A new app hit the market: Seekers. A companion app that would use targeted marketing to evaluate an individuals interests and give them a location for the festival.   It was at these locations that they would be guided to meet people of similar tastes. These locations and events were staffed by a legion of vendors, encouraging the crowd to talk, enjoy themselves and be merry. People were encouraged to pair up, to learn and bond with someone new.   To encourage the populace to go outside, popular networking and gaming sites were brought down for the duration of the festival. To some this was met by dismay, but the success of the Festival's attendance overrode the complaints.

The Matchmaker's Festival as it was dubbed by Osbourne Jadey, was so successful that the event was declared to be a new Banner-wide holiday the following weekend. It would occur every year, and it would only grow in size.   The Festival is seen by the public as a force of good. A day to recognize the importance of having another. Participation in the festival nears about 82% of the global population, and those numbers grew exponentially after the end of The Melancholic Lacuna.

Some found love, some found friendship, others found nothing more than the peace of enjoying the outside alone. In any of those cases, people were given the time and the encouragement to seek out happiness even if just for a little while.
— Syndicate Historian

A festival to defeat depression! Wednesday to Saturday next month!
— Corporation-Wide Subject Header 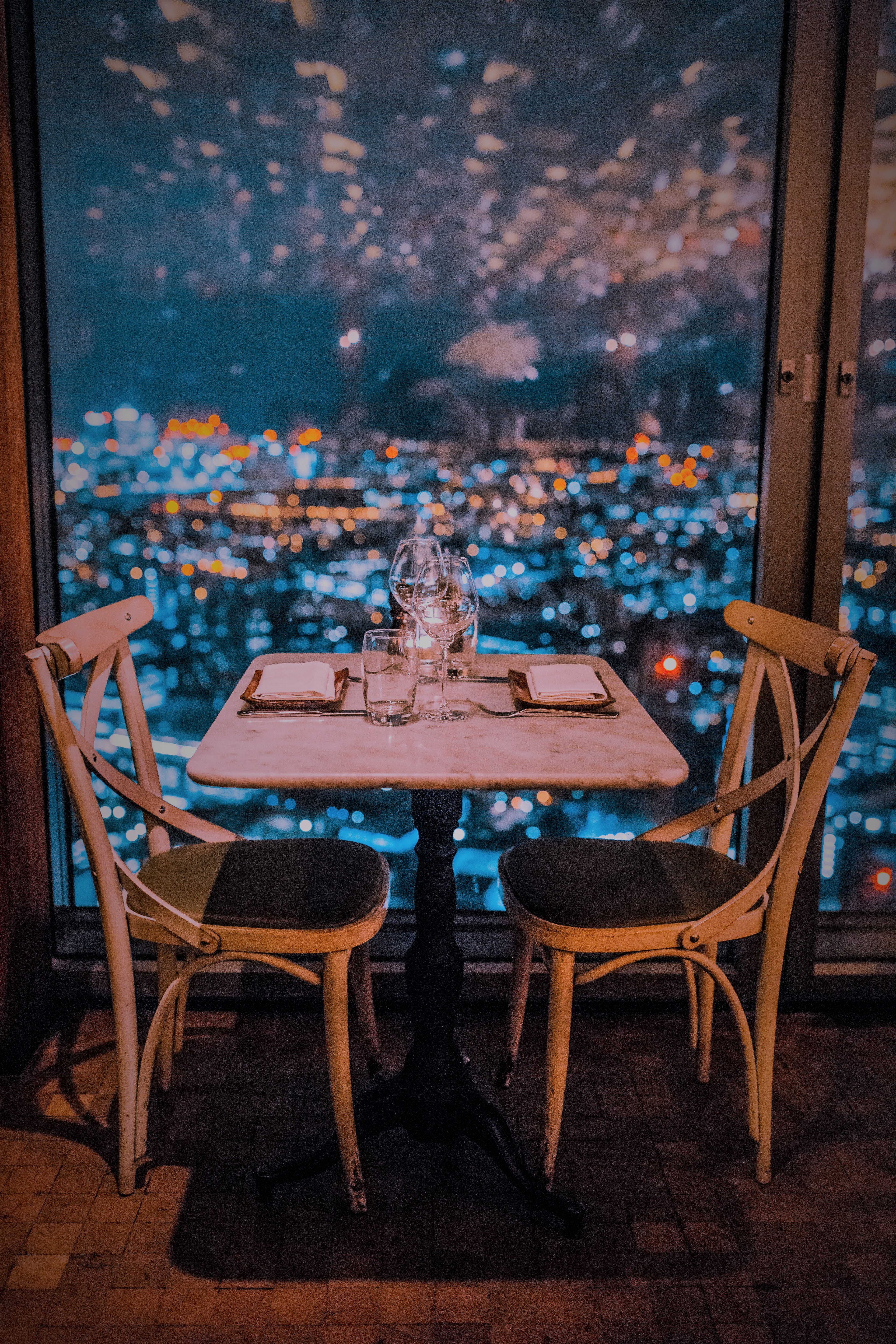 Ya, combat depression, bring people together. All sunshine. But those Corpies are always lookin' to kill two birds with one stone, they knew they were facing a push for change. People were hungry for freedom, and how convenient that they were suddenly forced to have fun.   Bread and Circuses, look it up.
— Net Leecher

While the success of the Matchmaker's Festival is a universal truth, there are those lurking in the streets of Victoriana who believe that the Festival had another insidious purpose nestled beneath the good intentions.   The Syndicate Government had been facing pressure from the growing threat of Net-Leech networks, who proclaimed the ongoing depression was a side-effect of the corporations not encouraging the arts and the individual.   Sit-ins had been staged, mass absences from work had begun. All of it was organized by a network of anonymous Leechers who worked from the shadow of the Æthernet.   How convenient was it then, that the Matchmakers Festival shut down all social media for four days, and forced another app on devices that tracked the interests of the individual. The Net-Leech organizers were forced into the public eye, and while they were not arrested, much of the support from the everyday employee dissipated without organization.

The Matchmaker's Festival brings with it a multitude of events that range in size and in activities. People are funneled into certain events via their Seekers app, and are suggested a partner to enjoy it with. Sports Tournaments, Art Viewings, Hikes, Culinary Experiences; anything can be an event as long as it is registered with the Seekers Application.

These are unique outcroppings of interest-based markets. Collectors and enthusiasts of any trade can find markets to peruse that fits their interests. These markets combine creators as big as a corporation and as small as an individual hobbyist.   Any merchant is allowed to set up a stall provided they register their business with the Seekers Application.

Another uniquely Matchmaker's Festival event is a series of massive technology expositions that take place during the Festival. There is always one for each of the Tech Clades that last all three days.   These festivals draw in people from all over the Banner, who come to show off their projects and enjoy feats of the latest inventions.


"The best way to someone's heart is through their stomach." Humans have been saying that for millennia, and I'd like to offer you a chance to let Anton and I serve as your pathway to passion.   Come to Humanities, we will sit you down, analyze your culinary desires, and pair you for a special evening with a special someone who shares your tastes.
— Dartesian Sesir’ri Tel Ionel

This work is licensed under a Creative Commons Attribution-NonCommercial-NoDerivatives 4.0 International License.
All content herein is owned by Ethnis and Ethnis Studios, which are owned by Ademalian Enterprises.
It is developed by Ademal and co-developed by Barron.
All other credited work is either commissioned or gifted fanwork.
For more disclaimers, read here. Credit to for the idea for a header bar!
Cover image: Holograms Among Us by Ademal

I think linking to The Jupiter Syndicate with their first mention would help a lot for readers who are unfamiliar with who/what they are!

All we need is a good app and the best marketing team we can scrounge.

I love this in the context of trying to solve a serious issue— exactly the sort of problem-solving I'd expect from a business playing government.   I actually like this app idea, it's interesting how you've still twisted it as what is ultimately a marketing ploy— it would've been easy to keep it as just a good thing but I like the grey area! The controversy plays into this a bit— and gives some interesting insight into how the populace views the holiday (and their corporate overlords).   The closing quote feels a bit out of place considering its context— you only briefly mention "Culinary experiences" as something that can be an event, but you give segments to the Matchmaker's Markets and the Technology Faires— not food. I'd think a quote from one of those two may fit better— or even a third segment about foods sold/made during this time.   This is written very much at a bird's eye view, which given how the holiday was created and is orchestrated, gives a lot of the necessary detail. I think it could help to have just a little bit on the ground level, as well. What is the average person's experience with the festival like? Do they just do one event and are done? Do they stick with the same partner the entire three days, or do they swap daily? What if they pass on their suggested partner? Do they go home and do anything that isn't "scripted?" Even outside, do they do anything besides the events, like just dancing in the street? We've heard from those who are opposed to the festival, but what of those who really enjoy it?   Even without those I think the essentials are all here, you've got a unique holiday that seems to fit quite well within the culture that created it! An enjoyable one to read, at that!
Check out my worlds: Qet | Umqwam | APRA: Anomalous Parks & Recreation Areas | Twitter

Oh yes! A lot of fantastic feedback here and thanks for catching the typos!   You are right about the last quote. It's a quote a left in from my very early inspirations for this article, as I wanted that to be one of the events. I do agree that I should contextualize it more as other businesses that get involved.   That last paragraph about bringing the perception down to the current events level is a good part to add if I revisit this work. I will be adding these to the notes for the articles so I can revisit them later.   Thank you so much for the in-depth feedback and the kind words!

Ooh, I love your take on this. Definitely emphasizes the feeling of living in the Syndicate, and highly believable.   To be honest, with all the lack of privacy from things like Facebook and Google already, this could easily be the future if we continue down this path. Heck, for all we know some countries could already be there.   ...we could already be here...

Honestly the Syndicate takes a lot from the corporate troubles we may have today. The Banners are often what ifs, but if what ifs were done with a bit more of a 'conscious' if that makes sense.   What if the corporations really ran everything? And didn't have a goal to over extort the populace? Questions like that really go into the thought process of things like this!   Glad you enjoyed it!

It's like Valentine's day, but corporate! Go find a soul mate, and also buy our stuff!

Looking to find love? There's an app for that ;)