Even in a whisper, the name Von Lishken invokes fear in the most steel-willed. He was the first to drink. The charming luminary tasked with showing us a new way; power, hunger, corruption… despair. Nephistrad is a kingdom built upon the bodies of the broken and from the blood of innocence. The light has forgotten us, though I do not rebuke its absence. We no longer deserve redemption.
— Halin Kesrir, Knight of the Pale Hand

Northeast of the Golden Heights and Sundermist Tip Mountains, the dark and desolate kingdom Nephistrad, is nicknamed Paradise Forgotten by the Caelian who share its borders. It is here at the tip of Tonarian that humans first drank from the Scarlet Walker’s goblet and became Sanguis, blessed with longevity as long as they fed on blood, the life essence of others.   In Nephistrad, Sanguis rule openly with decadence, proudly worshiping dark deities and the unclean. Here, the living are a commodity, with many civilians going about their daily lives quietly to not draw attention while others long to be drained of blood either for respite or perverted delusion. The chains of fealty are tightly held by Harlock and the Von Lishken family, which make up various princes and princesses. They are Harlock’s favorites, either sired directly or Sanguis peers who have shown impressive loyalty. Below the Von Lishken family of Razmiran, other Sanguis noble houses rule vast territories from their monastery or castle homes. 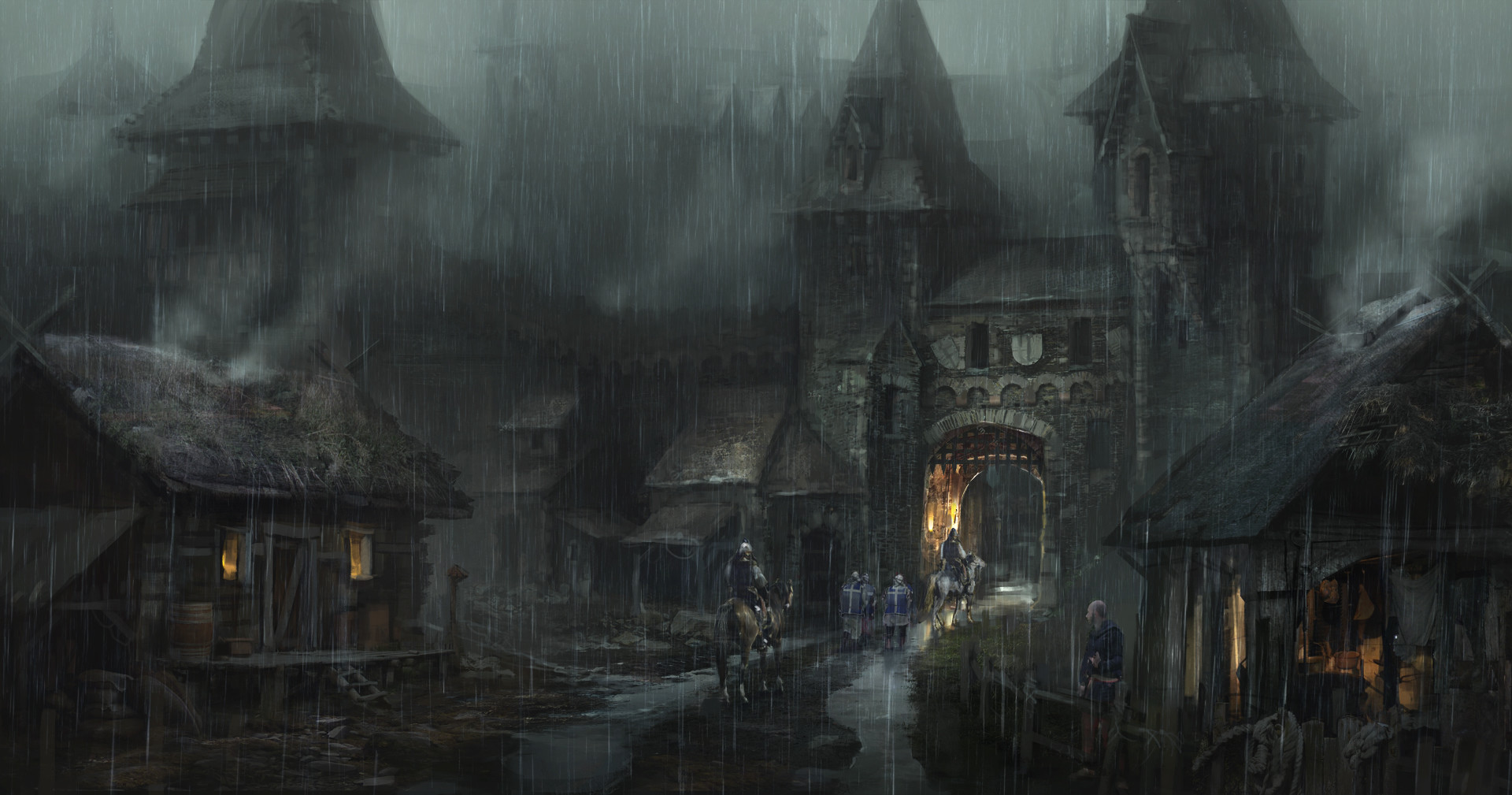 Rulers of the village Avaycyn, this arrogant, sporadic family, is cursed with madness. One of the first Sanguis families to drink from the Scarlet Walker’s goblet, their lust for power became their burden. In an attempt to replicate the blood bonding ritual, they drank the blood of the demon Kalzect. Instead of becoming stronger than their brethren, Kalzect deceived the Avaycyn, blessing their lineage with madness and granting a permanent house guest.

At the edge of the Brimeye Timbers close to Breylet, House Darvu breed and train nightmare warhorses in service to the Knights of the Pale Hand. Some believe House Darvu has made a pact with the Heart of the Forest and Dark Stag Druids of Thayriel, the Keen Eyed, but none would dare question their methods. The product provided is far too valuable.

The weakest of the noble houses belong to House Ferand of Nova Vaasi. William Ferand is the sole survivor of his home and a recluse who refuses to leave his castle, instead choosing to rule from the window to his magistrates below. It is well known that Ferand was once married. His wife bore many daughters but Ferand would kill them at birth for not being a son to carry on his legacy. On the final night of her life, Ferand’s wife gave birth to a wererat son, causing Ferand to snap, killing both the son and his wife for her infidelity.

On the coastal city Lammas, House Keisler rules a merchant empire thanks to trading routes established with the Caelian Barbarian capital Sleet’s Landing. Their trade partners provide Caelian Slaves from the North, and in return, House Keisler offer caged beasts to the barbarian tribes to use in warfare. These Krudine resemble black panthers whose spine protrudes from between the shoulders and down along the tail resembling spikes. The bone spikes on their tails are detachable and will be thrown at an enemy when the Krudine feel threatened.

Off the Chittering Coast, House Richemot rule over Mor’zi, a village of farmers and fishers who supply food for the living in Nephistrad. Even though they live in a manor surrounded by farmland, House Richemot are known for their lavish parties and extravagant lifestyle. The handsome and charismatic Richemot must deal with the threat of lycanthrope at their borders, thanks to having the largest population of humans in the empire.

North of the capital rests the forgotten city Falkovnia. House Tormkov rule this disgusting town where undead and ghouls roam freely in the decomposing street. Here Sanguis do not drink blood; instead they receive the scraps from Razmiran. The husks of drained “food” are shipped in carts to be disposed of by House Tormkov by ritualistic feasts in the town square. Banishing enemies to Falkovnia and checking to see if they succumb to eating flesh is a twisted pastime for Harlock and one he saves for his most hated enemies.

The Nephistrad Empire is contrived of the following settlements, each controlled by a Sanguis noble house. The settlements are essential holdings in the Empire that aid by paying a quarterly tax. Unlike other empires in Erenel, this tax is not gold, instead living non-Sanguis humanoids will be delivered to the capital city Razmiran.   Each settlement pays 1% of their population per quarter with the bodies collected and transported via caravan by Vida Cullings. Razmiran issues Vida Cullings, “tax collectors,” to each settlement with an armed guard. This thankless job requiring constant protection as transport caravans are frequently attacked by citizens attempting to rescue their family members. It is the responsibility of the Sanguis Nobles who rule their cities to keep their population from faltering. 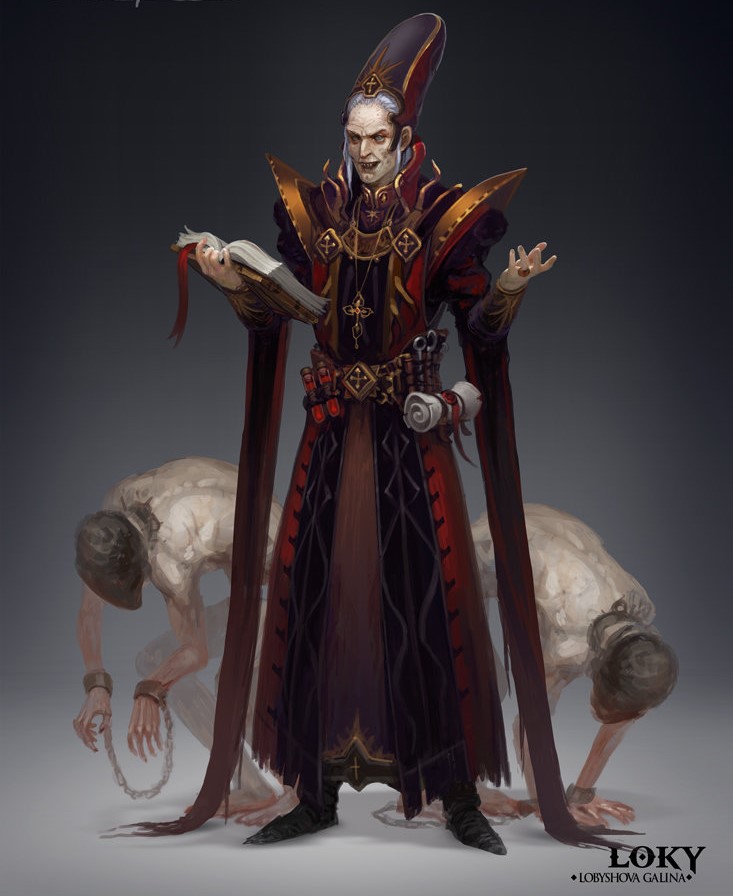 by Lobyshova Galina
During taxation, the living chosen to be paid to the kingdom are bound and inspected by Vida Cullings in a marketplace style atmosphere. Not all are selected for the transport caravan and Vida Cullings have a specific regiment that must be followed to provide an optimal food source. Those freed are sent back to their families while those unlucky enough to be selected are marched to the capital. Once arriving, they will be slain, their bodies drained of blood, and the corpse discarded to provide meat for the ghouls of Falkovnia. 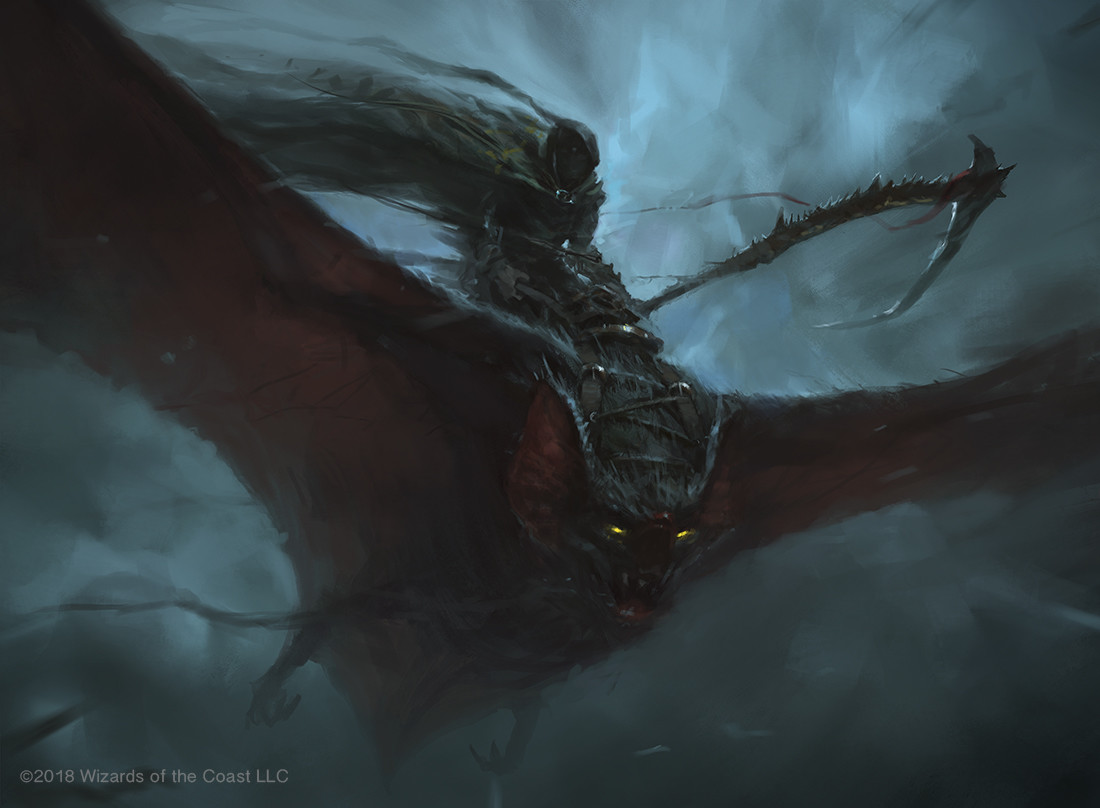 by dimitar marinski
The Butcher and his Eternal Legion vigilantly patrol mist's edge in hopes of an easy meal or favor from Harlock Von Lishken. These ruthless rangers and trained bat riders hunt any non Sanguis who attempt to flee the Nevermore Expanse. 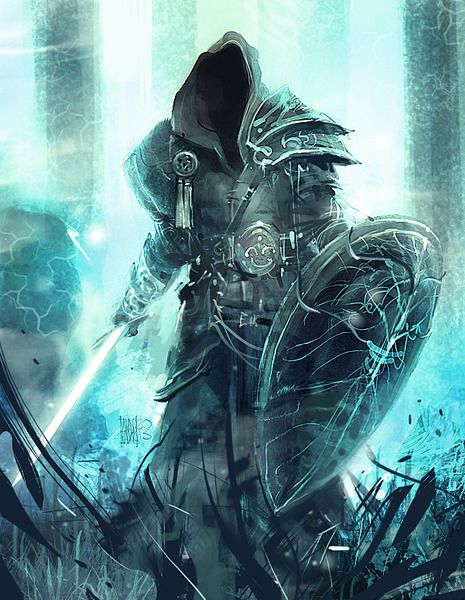 Fighter Martial Archetype Loyal followers of Harlock Von Lishken and members of The Pale Hand Order, Nevermore Knights are bound in service to the Nephistrad Kingdom. Fighters who follow the Nevermore Knight archetype draw power from undeath to bring themselves closer in service to their vampiric masters.   Available only for Gamingbrew Patrons. If you are a Patron the sub class will appear below.
Settlements