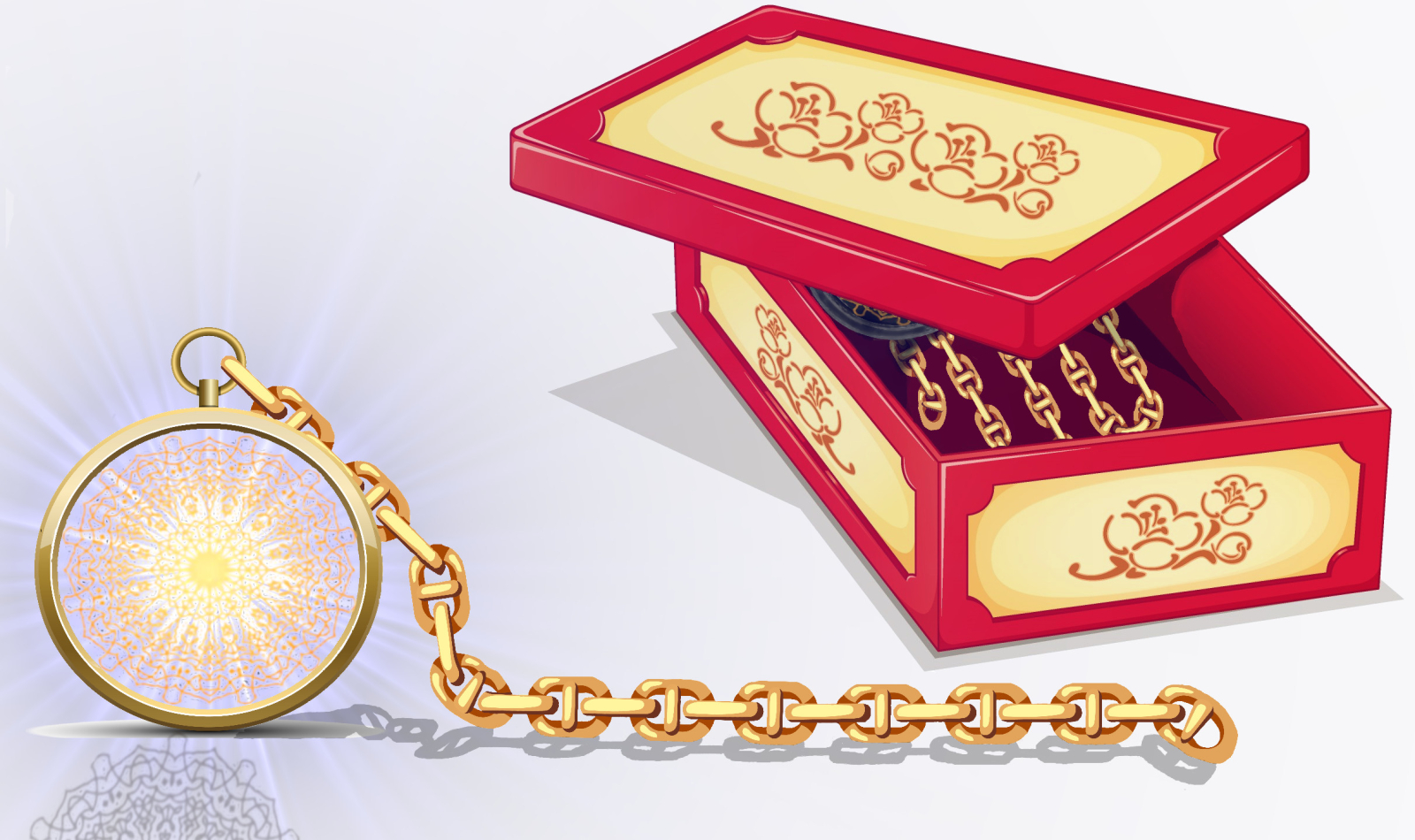 Location pentagrams are small pieces of jewellery allowing instantaneous travel to the one location to which they are keyed.

Goodwoman Ciérie: All right, everyone! Please gather around for your lesson. Lord Daniesse has declared that you are ready to learn how to use location pentagrams.

Floraine: I'm more than ready to learn! I've waited so long for this!

Ophélie: I know, right? We're not babies and it's so annoying they keep treating us as if we were!

Mabelle: At least, once we get our pentagrams we'll be able to go anywhere in the empire whenever we want!
— An instructor and her young charges 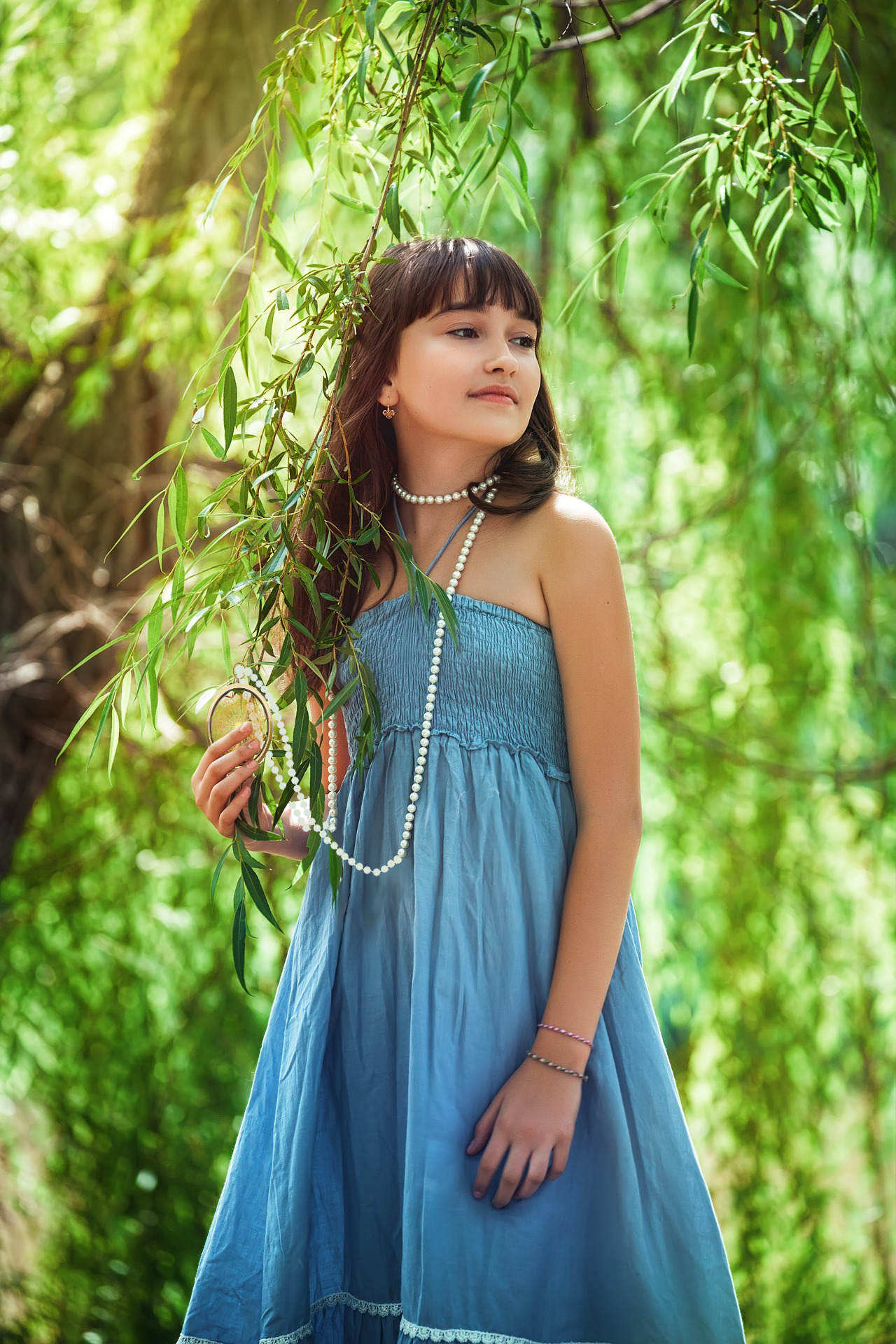 A young girl eager to learn how to use a location pentagram, by AmélieIS, with images from Pixabay and Vecteezy


Location pentagrams are small pieces of jewellery, usually worn on a chain attached to the belt or the jacket. They are made of a combination of metals that form hollow and very intricate geometrical 2D patterns centred around a single point. Those patterns are stacked together to form the final design. The central pattern is always a pentagram, thus giving them their name. The pentagrams are used by mages to assist them in a type of magical transportation where they are projected through the air and travel so quickly that they seem to disappear from where they are to reappear instantly in another place.

Example of patterns used in the manufacture of crafts, by AmélieIS with images from Pixabay 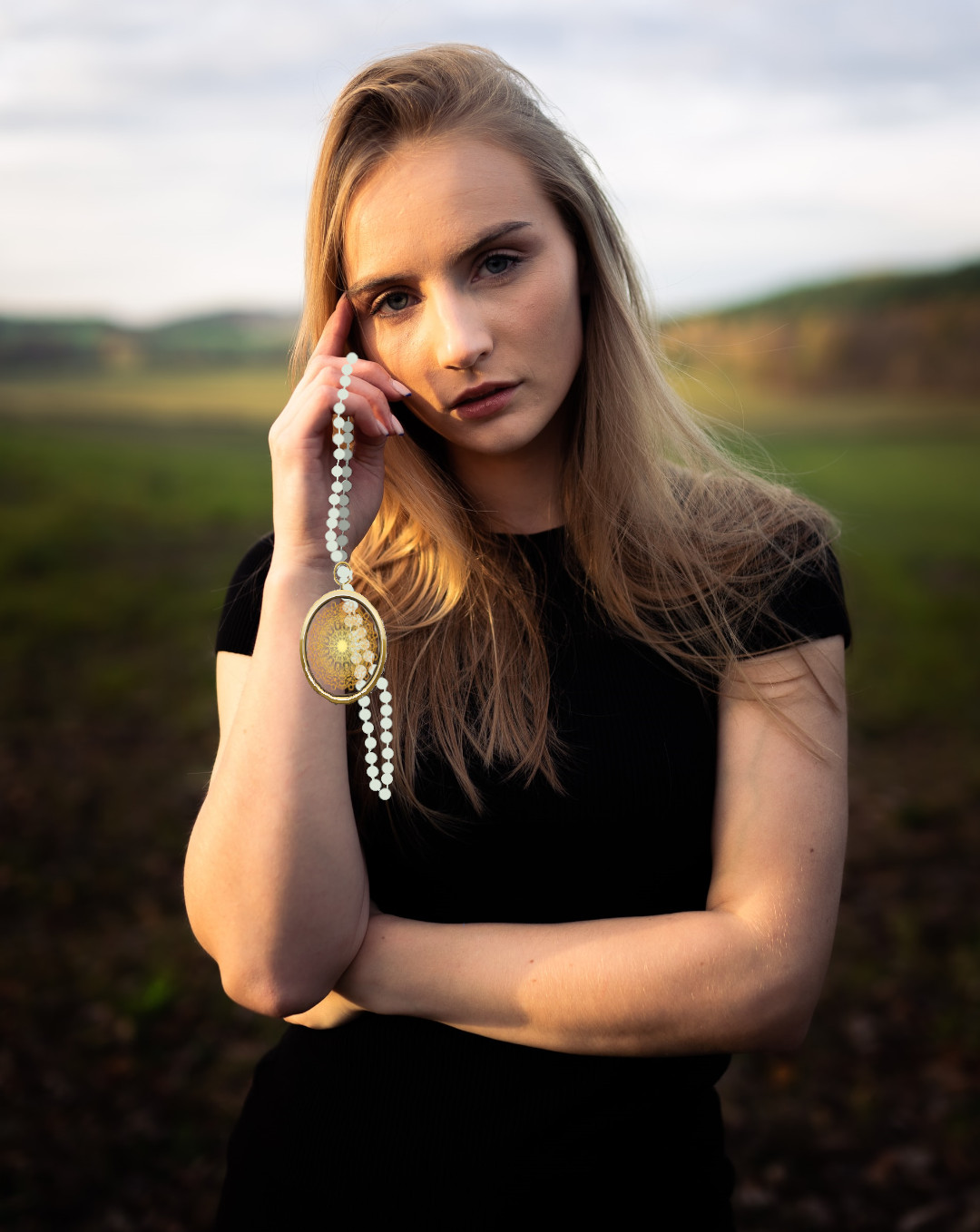 Exasperated teacher, by AmélieIS with Unsplash and Vecteezy


Goodwoman Ciérie: Please listen attentively! This is a very tricky technique, and if you do not pay attention, you will end up in several pieces!

Ophélie: Pfff, everyone always uses them all the time! We're not commoners.

Mabelle: Right, with our magic levels there is no risk.
— An instructor and her young charges

The exact details of the invention of location pentagrams are lost to time, however it is generally admitted that this was the results of a collaboration between the House of Alyssenne and the House of Lyrienne. It is not known whether there is a hint of truth in this legend or if it originates from skilful propaganda.

Ophélie: It's just like the Alyssennes to claim to have invented any useful crafts! Of course, it couldn't have been anyone else, like say the Arianies!
— One of the young Northerner students, still bitter about the peace treaty 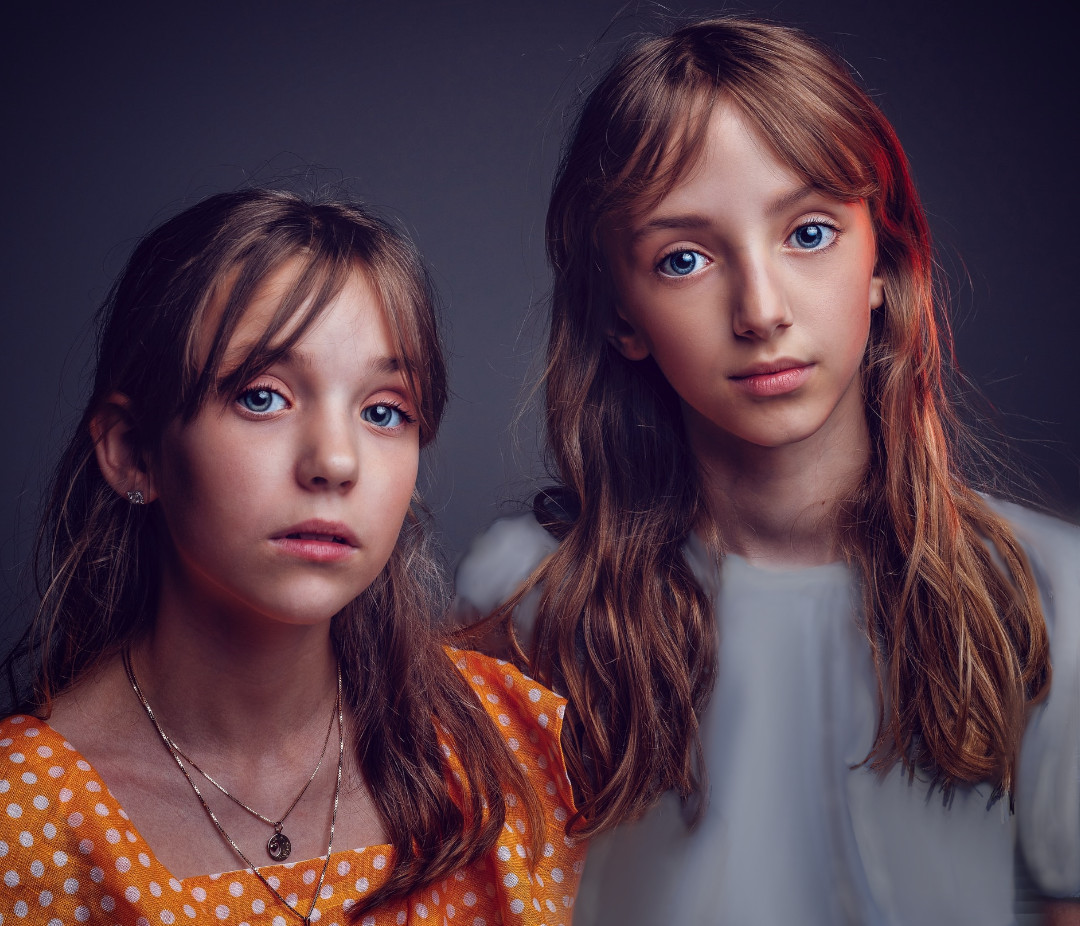 
Location pentagrams are very expensive, and so they are only available to a small proportion of the population. In addition, each pentagram is only keyed to one location, and acquiring several of them is even more difficult. However, a location pentagram correctly made can last for centuries, and so all of the rulers of the empire have at least one pentagram keyed to their manor and one keyed to the senate chambers in Arianie. Beyond that, it is considered good manners to gift location pentagrams at the same time as issuing invitations to one's Estate, although in practice every House will have acquired a stock of locations pentagrams keyed to the most important locations of the empire.   Beyond the high nobility, powerful Houses of the low nobility and some of the Masters' Houses will also have access to one or a few pentagrams, and they will also lend them to and borrow them from each other.


Goodwoman Ciérie: So, you will all have your pentagram keyed to the senate chambers. Please check that this is indeed the correct pentagram and that it will not send you to any other place in the empire, as trying to use a pentagram to go to a different location that the one that has been inputted into it can be very dangerous. In addition, you will not yet have the skills necessaray to go any further.

Ophélie: Pfff. As if I'm going to miss such an occasion to go see the market!
— An instructor and her young charges 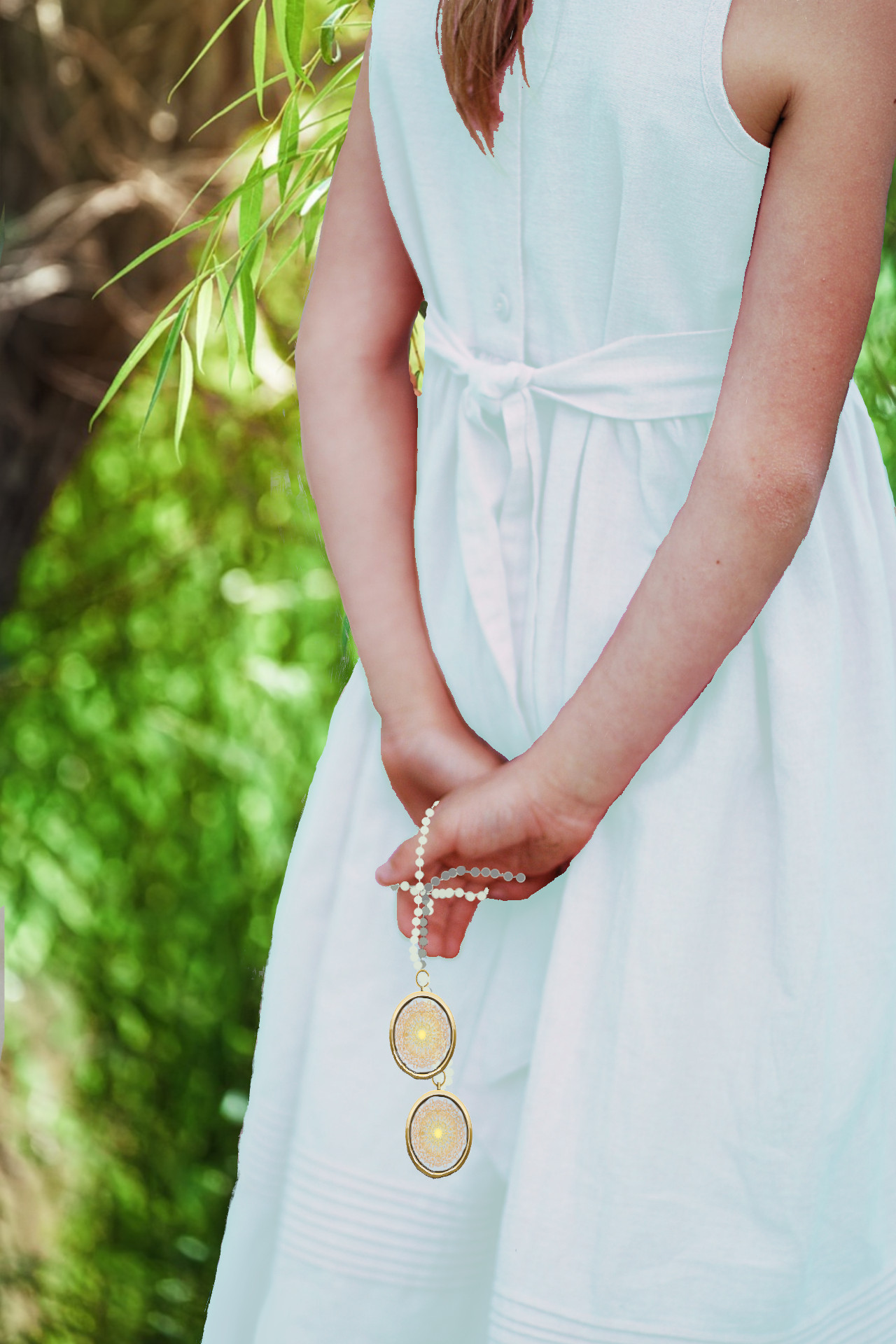 A young girl who has stolen a second location pentagram, by AmélieIS with Unsplash and Vecteezy 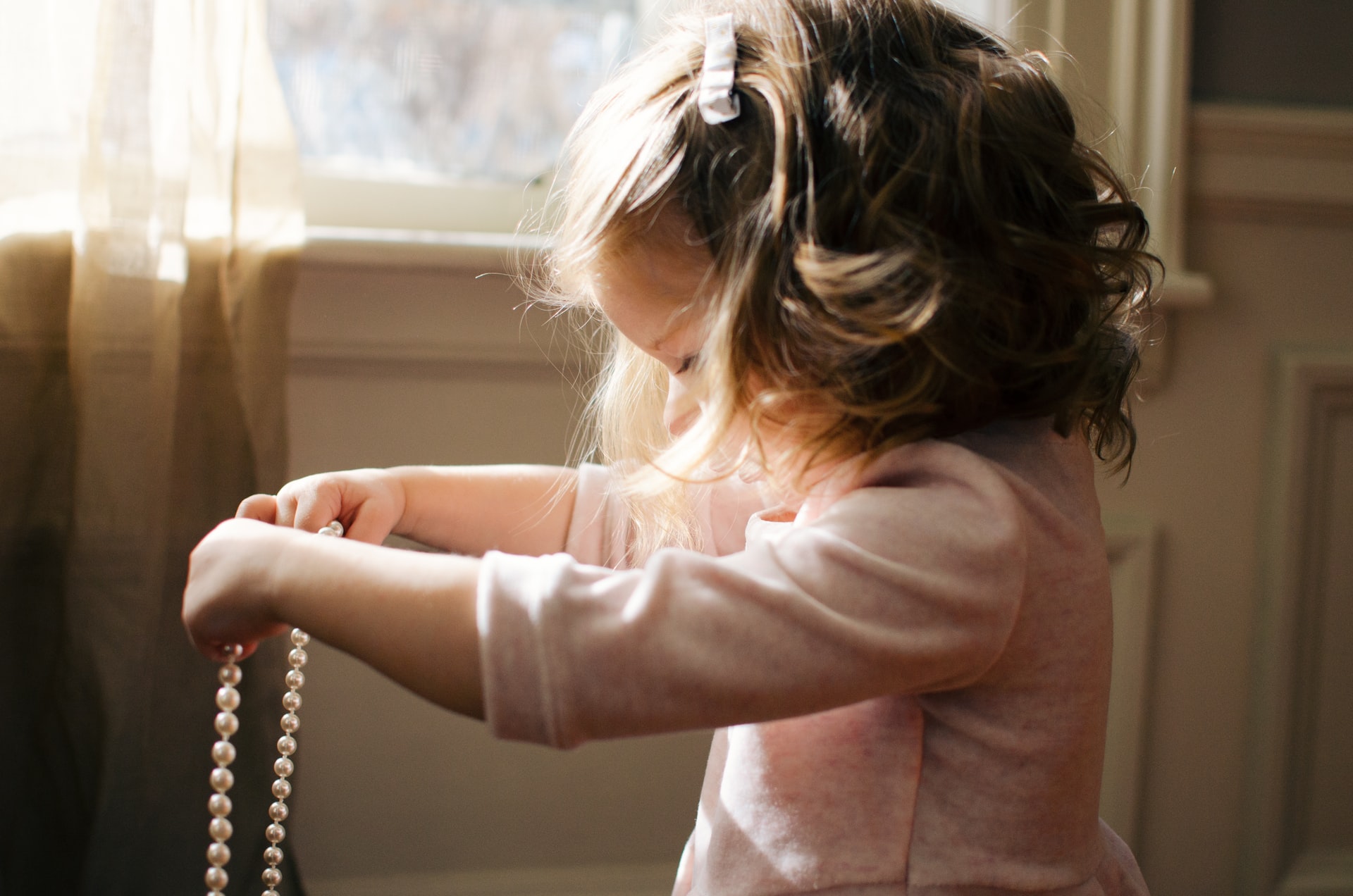 A young child playing with a location pentagram, by Kelly Sikkema on Unsplash
Using location pentagrams is difficult and requires a focus and an amount of magic that are beyond most of the population of the empire. And of course the farther you want to travel, the more magic you will need to use.   Pentagrams should not be used by any children because of the high risks involved. Learning how to use a location pentagram is an important stage in the development of young people from noble families, and 13 years old is typically seen as a good age for this.

Goodwoman Ciérie: For powerful people, using a pentagram can feel natural, however that does not mean that focus is not essential! This is why you have to make sure to always keep them out of reach of small children. I am sure you have all heard of the accidents that can occur!
— The instructor


A mage need to take hold of the pentagram and push their magic inside of it. The pentagram will then force the magic into a specific pattern that will guide the mage to the desire location. It is important to continuously maintain the magic in the correct pattern or the mage' body will be destroyed either during travel or when the final impact is made with the ground. Skilful mages will be able to continue walking after reappearing without stumbling, while an uncontrolled travel will result in them falling down on their face.   The only reason mages do not land on top of each other is the wards surrounding the place where they wish to arrive. Those have all been designed so as to guide incoming individuals to unoccupied ground. Attempting to resist them should not be done by anyone wishing to survive the landing.

Goodwoman Ciérie: Today we are going to start with something simple, just going to the senate chambers on the other side of Arianie. You are going to make the attempt one at a time. I will observe your technique and give you the signal to leave when I think your magic is ready. As I have a pentagram to help you all come back here, we will do some back and forth. Only when you will have master this will you attempt to transport a companion with you.

Ophélie: Yeah right. As if we're going to waste the day like that….
— An instructor with her young charges 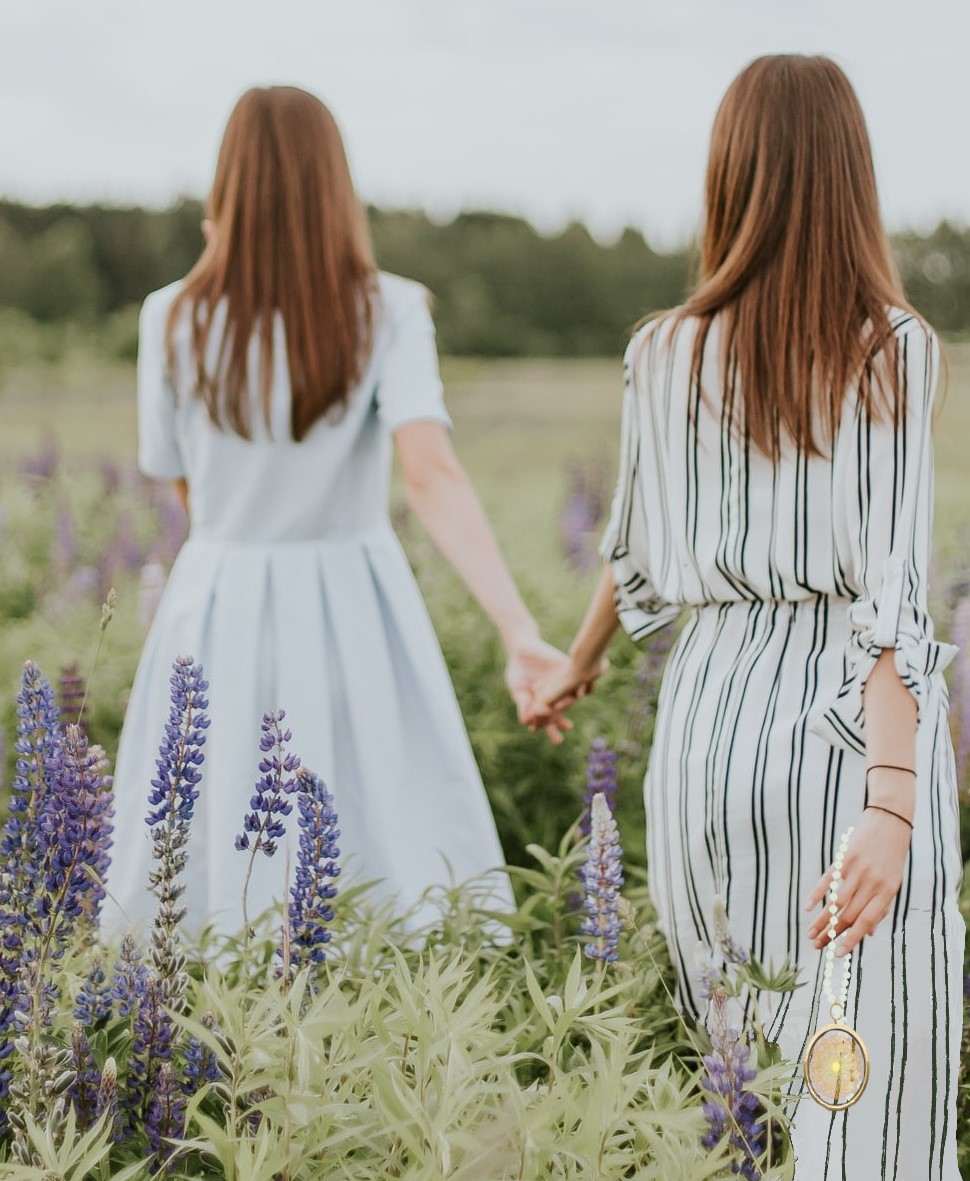 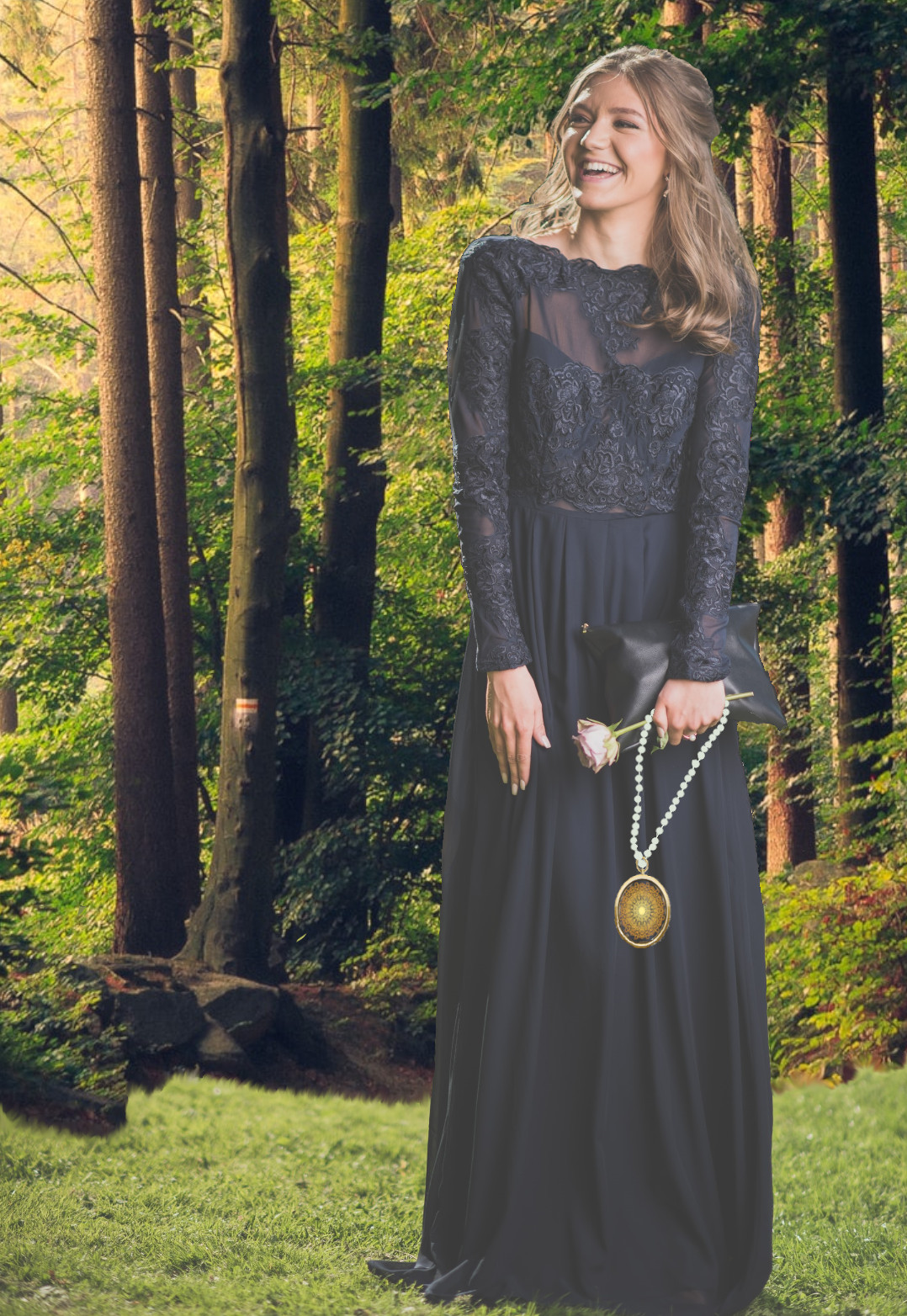 A woman using a location pentagram to go to a party, by AmélieIS with Unsplash and Vecteezy
Location pentagrams are a revolutionary technology, however their restricted availability and difficulty of use have prevented them from completely changing the rules of trade and war. In addition, to use one to appear in another Estate, the permission of the lord or lady ruling that Estate is necessary.   For access to private manors, pentagrams are usually given to guests with a one-time access, although they can be easily—and cheaply—upgraded if necessary, without having to redesign the whole pentagram. A pearl attached to the pentagram can guarantee continuous access. However, those are only given to close allies, as once they are given it is difficult to deny permission and requires a complete and complicated rekeying of the whole wards of the manor or Estate in question.   No location pentagrams keyed to other countries are in circulation in the empire. It is not known whether it is because the geographical barriers at the border of the empire—the sea and the Issone mountains—disturb this mode of travel, or if it is because the neighbouring countries are too hostile to the empire and its inhabitants to offer them such a convenience.   Thus, the primary uses of location pentagrams are:

Ophélie: Pfff. In my family we have better things to do than serve as donkey! We only use them to go to parties. 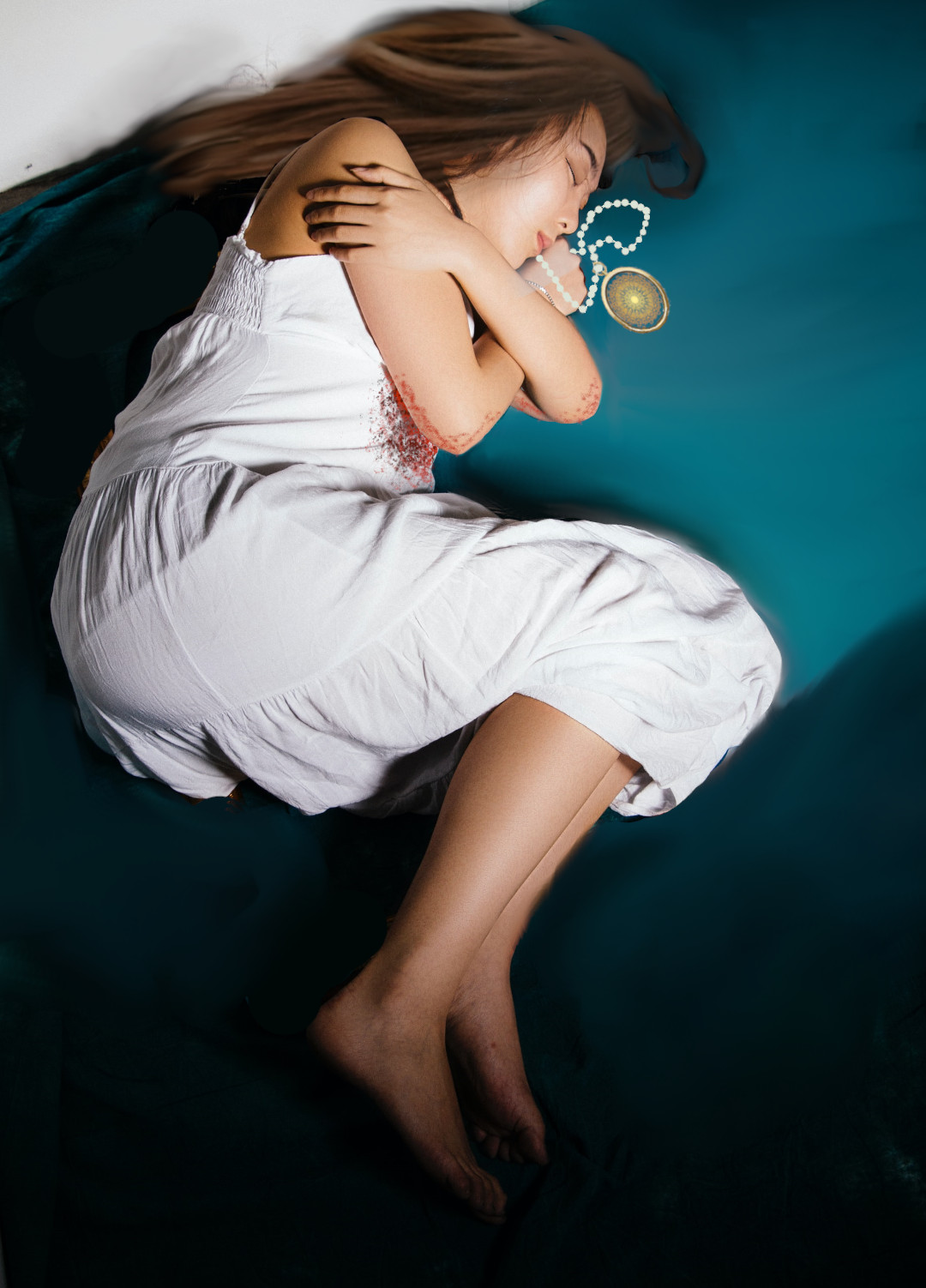 A dying child, by AmélieIS with Unsplash and Vecteezy
Few Master crafters in the empire are able to create location pentagrams. The Estate of Alyssenne has always been famous for the quality of its crafts and it is where most of the location pentagrams made in the empire come from. Nevertheless, several lords and ladies are also attempting to make their own so as not to be indebted to and dependent on a potential rival. Contrary to other crafts, the intricacy of the location pentagrams makes it impossible for their manufacture to be a collaborative work, a factor that contribute to their high price.

Goodwoman Ciérie: I knew it! Lady Daniesse should not have been cheap and paid for the Alyssennes' pentagrams instead of some second-rate replicas! Lord Daniesse is going to kill me!
— The instructor before running away

Artificial insects
Artefacts
The murderous Alyssenne flowers
In response to the prompt What is the most significant/innovative technology in your world.

The article is excellent, I just kept getting distracted by the quotes as I was following what was sure to be a horrific accident in the making. :D And this is why we don't give powerful magical artifacts to children...   Great work as always Amé!

Interesting magical tool! The article explains as well nicely some of the political relationships in your setting. I assume here there's an exceeding a: the sea and the Isssone mountains.

Thanks :D The flux of magic above the sea and the mountain are widely different and would completely disorient people going over there, which would almost always end up in death. Though technically it could be possible to survive.

This is a great article. I love the use of quotes to tell a story within the article. :D

My world primer, list of summer camp articles and my short story.
Powered by World Anvil