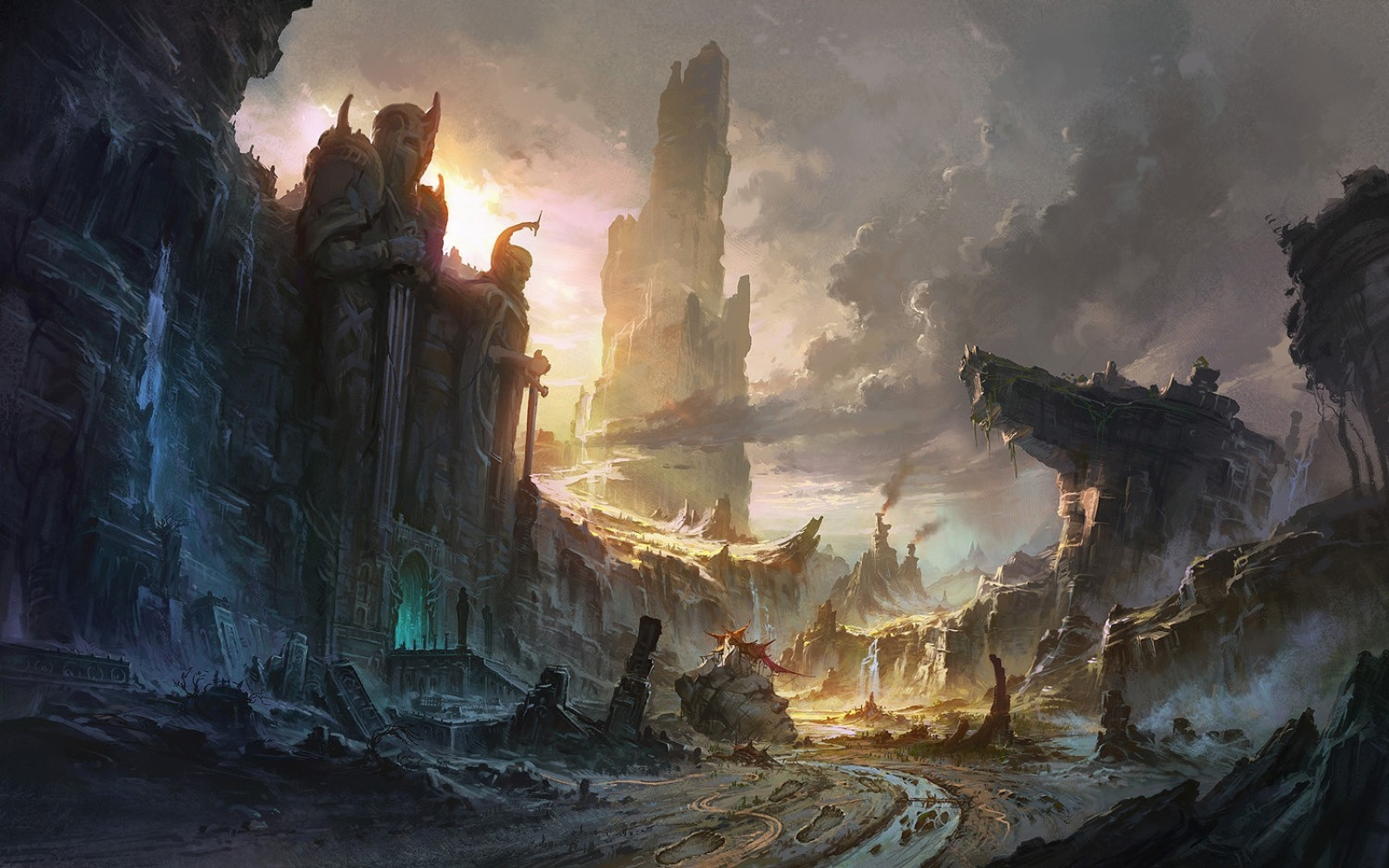 The Ash Knights are a storied and fearsome order of warrior monks whom have dedicated their lives in service to the security and sanctity of the Cape of Ross and it's borders from the nefarious Vampire lords of the Nocturna Coast to the north-east. They were founded at the Burning of the Wolfswood, many centuries ago and still cling to their ancient traditions of Vampire slaying. Few can match their prowess in this art.

The order is an oath taken for life. Their ranks swell with both men and women of the Cape, who will serve relentlessly to safeguard the border and any and all weak points in the Cape. The order's ranks number in the thousands of well trained and well prepared warriors. The branches of the order occupy a number of castles around the Cape, beginning first with the fortress at Ash Watch, nearest to the border of the Nocturna Coast.

An Ash knight can be identified by their ash-dust dyed trappings, a grey tabard, emblazoned with a fanged skull engulfed in fire. They are most often clad in chain mail that sweeps as low as their cloaks, bound around their waists by a sturdy leather belt containing a number of components and materials meant to give them the edge against a vampire or their brood.

The most iconic item an Ash knight carries is their greatsword. The blade stands two thirds their height, the hilt to pommel making up for the remaining height. The wide cross-guard is set about two hands lower from the fuller of the blade itself. In this way, the knight gains a level of versatility absent to most greatswords. They may shift their grip higher than the cross-guard for leverage, or even flip the entire sword upside down to use the hefty counterweight as a bludgeoning weapon. It is very uncommon otherwise to find a Dust knight wielding any other sort of weapon. Few members have changed their loadout without express reason. Since the greatsword is apart of the symbolic ideology of their order, it has remained as the predominant weapon of choice for all knights within the order.

The Ash knights believe it to be an almost sacrilegious act to ride upon a mount or in a vehicle aside from a seaborne vessel. This ideology comes from their earliest days as the first Ash knights were noted to have run the whole way in their burning of the wood.

The Ash knights observe the order as a family structure. At the head of the entire organization is a Grand Master, but as the organization disperses deeper and deeper into the swelling ranks, each sect of the order observes a Matron and Patron. All other members as referred to as Brother or Sister. A notable figure is the Headsman, one of the few Ash knights known to carry not one, but two of the iconic greatswords, One, they utilize in standard combat encounters, the other often carried by a squire for ceremonial beheading as the executioner's blade is a deal larger than the standard issue greatsword.

The Ash knights are trained to fight off the forces and agents of the night. They are taught and instructed to be ruthless and act with guile and without mercy. Witnessing an Ash knight facing down a vampire is akin to watching the most seasoned and legendary hunters. Generally, the knight will take time to set a trap that will either immobilize their target, or slow them down to be unable to effectively defend themselves from their onslaught. These traps will often involve razor-wire, holy water, and sharpened stakes. Ash knights will rarely engage in pitched battles on behalf of the rule of the Cape of Ross, however, when called into service, the knights do not take to the field with a newly adorned mercy for their enemies. Apart of the doctrine of the Ash knight philosophy is convincing their recruits that those who stand against or oppose their people and order mean to once again enslave their people. With this in mind, the order fights all the fiercer.

Centuries ago, when the Moon Elves rose up from their vampire overlords and fled to the southern reaches of the Cape of Ross, they decided to deal a decisive blow that would render their enemies unable to pursue in great number or strength. A few bold and brave warriors stood before the Wolfswood with torches in hand at dusk. As they watched their enemy near them, fangs bared, eyes a light with bloodlust, they set the wood to the torch and burned their enemies alive all the way to the Full Mood Gulf. There, amidst the rising ash and dust from the now destroyed forest, those legendary few stood as a mortal wall, taunting the vampires of the coast to come and try to enslave them once more. Shortly thereafter, the order of Ash was founded, named for the ashes they caked the land in order to repel their ancient enemies of the night. It was this act, which to led the Moon Elves of the Cape to rename themselves Ashen Elves.
Type
Special Forces
Overall training Level
Elite
Assumed Veterancy
Veteran

Answering: "Describe an elite or highly specialised military unit in your world."
Visit ArdenXIII's Competition Page Check all other answers to this prompt Competition Homepage

The Dust Knights sound really cool. I really liked the section about their greatswords and how they sometimes use them as bludgeoning weapons. :)