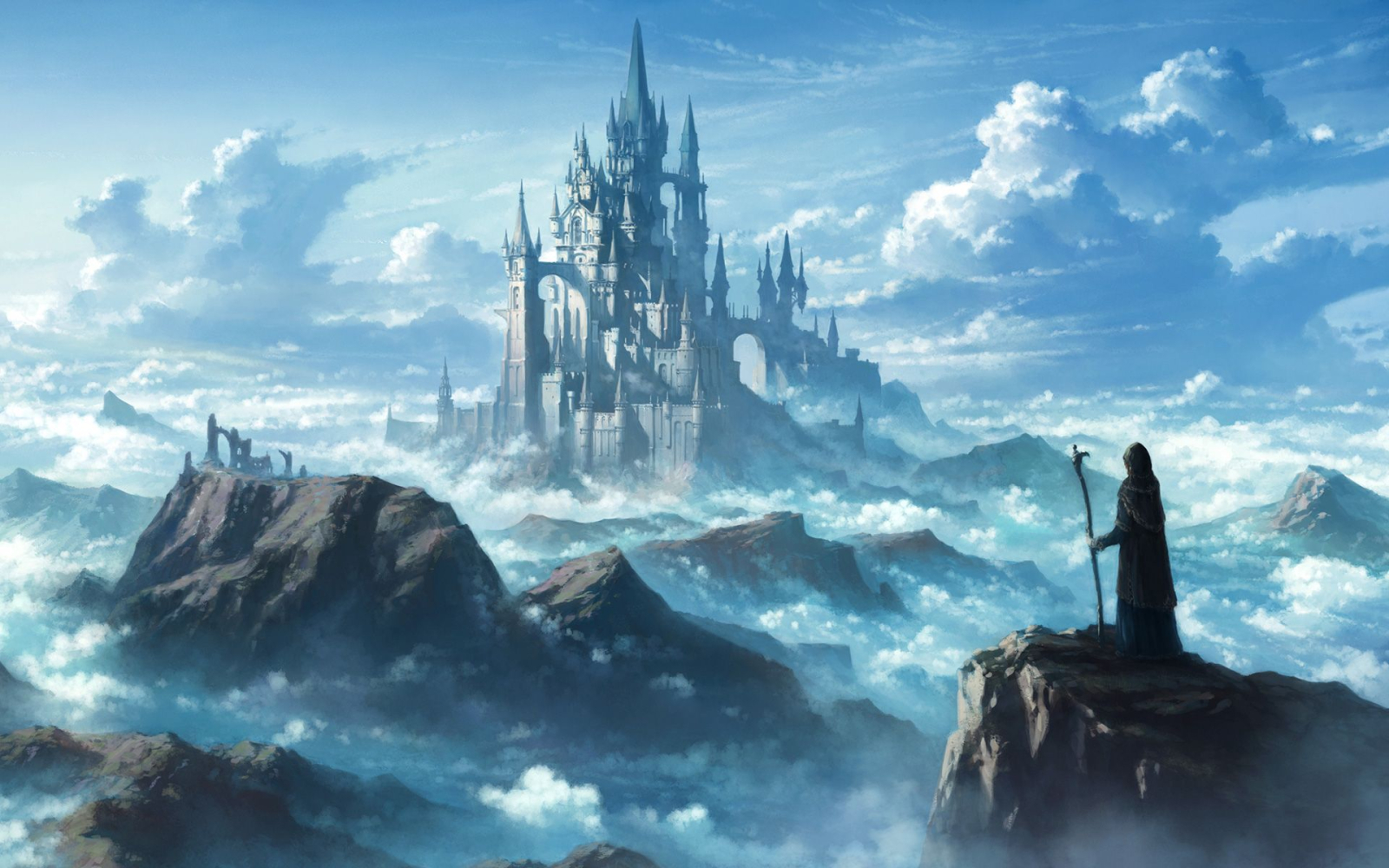 "After what seemed like many eternities of riding, I had finally arrived at the campus gates and parked my horse at a nearby stable . The building was enormous, seeming like a large mountain of metal. Black, obsidian spires rose from the main body, presumably being mage towers. Guarding the gate were two giant Sentinels, who greeted me and asked me for my identification papers. Afters showing it to them, they gave me a nod and opened the gates. As i walked into the grounds of the campus, i realised that this was indeed the chance of a life time"   A young Raynar Lenas, describing his experience of visiting the Academy for the first time 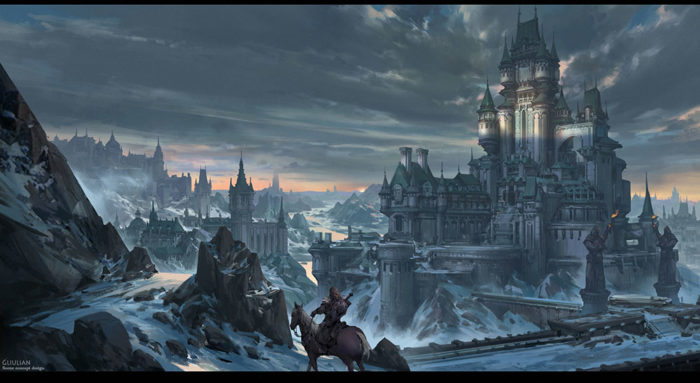 The Academia Arcanum is the largest and most prestigious educational institute in The Sanguine Imperium. Situated on the northeastern part of the Imperial capital, this academy is known for producing some of the best known mages and wizards in the Imperium. Many students have gone on to become the Director of this academy, who is responsible for running this institute.   Inside the large halls of this academy, the greatest mages of the Imperium are born, honing their arcane skills under the gentle supervision of their seniors. All students are entitled to free food, education , accomodation and information of all sorts except for ones which deal in forbidden subjects such as human sacrifice. In return, they have to serve as mages in the imperial army for a period of at least 2 years as part of the mage conscription process in addition to the regular amount of 2 years conscription they have to serve as citizens.Despite the entrance exams being notoriously hard to crack, most people see it as a great honor to get into this academy, as they believe that they would one day become a great mage and serve their brethren with honor and dignity.   Just as most other parts of Elladia, things have been changing as of late. There have been a number of brutal murders in the Campus, each being linked to a strange cult which have arisen in the campus. Calling themselves "The Chosen of Arkanos", this cult is not only responsible for the murders but are also responsible for dabbling into human experimentation, human sacrifice, making strange altars and prayer monuments as well as stealing the assets of the university. Even more sinister still, all the beasts which were kept in the university halls for experimentation have escaped and there have been monstrous noises coming from the underground areas of the university.   The students and teachers will have to brace themselves, for a dark storm is going to come down on all of Elladia and they will have to use their arcane might to fight till their last dying breath against this foul force.

The Academia Arcanum is lead by the Director, who is elected and runs for a term of five years. To be a Director however, one must have passed from a university which teaches magic and must have also served in the Arcane council for at least 2 years. There is no age limit for the position of Director and the current director Raynar Lenas is also the youngest one, becoming Director and also Archmagus at the young age of 21.   The director is also the head of the Arcane council , and presides over their meetings. For any large scale rule to be implemented in the university, he must need the support of at least two thirds of the entire council combined ( both students and arcane councils). He can also however dissolve the council unless opposed by a combined two thirds vote in the united council. He can appoint as well as dismiss other people from his own cabinet, though they can also take the issue up to the councils and if they call for a referendum and gain a majority, they will have to be reinstated at the cabinet.

The Arcane council is composed of the teachers of this academy, who serve as the main body of lawmakers besides the students and the Director. They, alongside the students make up the Bicameral legislature that governs this institute. If they vote on or against any new law being implemented in the campus, then they will have to achieve a two thirds majority combined with the students in order to achieve their goals.

The student council serves as the main voice of the students in the Academy, being made up of elected representatives just like the arcane council. The council has the right to call referendums on behalf of the students, and if they gain a majority in the legislature, then the authorities of the campus have to give in to their demands

The Academy recieves a lot of funding from the Imperium, and thus has an incredibly high amount of educational resources. The academy has extraordinary educational infrastructure, with their hallways being lit by magical lamps powered by crystals. Magical instruments such as staves , arcane energy level measuring devices, etc are common throughout the campus. Besides this, the libraries are filled to the brim with countless amounts of magical tomes and other books, and students are free to take any book they want for a period of one month.   One of the most fascinating things about the university are the sentinels- combat automatons powered by pure arcane energy. The sentinels were created after a high profile murder in which one of the higher ranking mages had murdered a junior in cold blood, and he was unable to defend himself. Before that, all mages were responsible for their own self defense, having been trained in the arts of basic combat magic but this incident proved the need for more security. At first human guards were used but then afterwards, a groundbreaking invention happened. Magical crystals containing arcana energy could be used to animate inanimate objects.   After a long series of failures, the first working sentinels were made and whilst they were expensive to make at first and served as a supplement to humans, they gradually began to replace them and became the guardians of the institute. They were specifically designed to be resistant to magic. In the event that some of them went rogue ( though this has never occured), they can be subdued through a combination of physical and magical means. For this reason, mages are also trained in basic self defense and have a sword by them in case they need to get things physical

Foundings of the academy

"Back when the Imperium was still young as a child, we didn"t have the amenities the academy has nowadays. It was only after the initiatives of a couple of mages and the sanguinor himself that the common man started learning about magic"   Archmagus Raynar, quoting on how Mathias Christiansen started the various magical academies in the Imperium

The origins of the academy can be traced back to the founding of the Imperium. After most if not all of humanity was united under the banner of the Imperium, it was noticed that there was a clear and gigantic lack of magical education and mages in the Imperiums army. Under the order of Mathias Christiansen, the Academia Arcanum was established and was run by the tribal mages whose tribes had acceded to the Imperium. Over time, the campus grew and improved its facilities and thus attracted a larger amount of students. In the present day, it is known to be the largest educational institiute in the entire Imperium and frequently tops the list of the best universities in the Imperium.

"Why the fuck is this even happening? It seems all of Elladia is going to shit. First the Draconians with purple skin, then mutated beasts in the Greenglade Forest and now cults in the campus? I am seeing a pattern here. We banned that organisation in the campus and detained everyone we could find who were members of that cult but the murders and atmosphere have only gotten more intense. Moreover, we found bodies in the underground and sewer systems and it seems they were indeed killed by the beasts. We found the journal of one of our students and apparently, it had sketches of some nightmarish monsters which have purple skin. It all fits a pattern. I dearly hope the gods keep us alive to at least find the who or what abominable force is behind all of this"   Attributed to Archmagus Raynar Lenas. 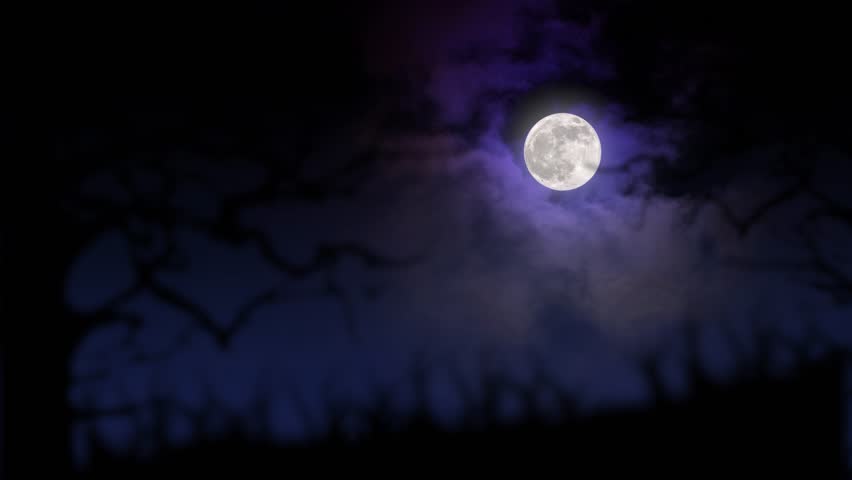 Full Moon by Ruksutakarn studio
Just like as most other places on Elladia as of recent, sinister things have been happening in the Academy too. A series of brutal murders have been taking place, all linked to an abominable cult known as the "Chosen of Arkanos". Not only is this cult most probably responsible for the murders in the university, they have also been offering human sacrifices, conducting human experimentation and dabbling in forbidden arts as well as stealing assets from the universities. Moreover, what is especially concerning is that the beasts which were kept in the academy for experimentation purposes have escaped, and monstrous noises have been found coming from the underground areas of the academy. The fear of the students are compounded even more with dead bodies being found there, and some accounts of nightmarish creatures being responsible.   The Students and teachers will both have to use their arcane might to protect themselves and Elladia soon. For a dark storm is about to descend on the world, and it will spare none.

This article is very WIP atm. I still haven"t gotten the different magical schools and departments done so thats a major part. But if you did have any feedback, i would love it!

Another fabulous start to an article! And I do love magic. I can’t wait to read more about the schools and departments when you get round to them!   Just a couple of things to say, there are some occasions of repetitiveness that need ironed out but is generally well written! I’d personally quite like it if we knew a little less about the cult to be honest, to keep it all mysterious. But that’s a fun addition nonetheless!   Is this a male only sort of institute? Have there been female Directors? And who of the Directors are the most famous for what they did during their five years? Were there any who made a mess of the place, a big scandal, or someone who did a legendary job? It’d be good to have some more info or fleshed out story of the murder.   I love the idea of the sentinels with the magic stones! Made me think of the giant sentinel knights in Harry Potter, which is a good thing.   I can’t think of anything else right now, but great work again! Can’t wait to read more.

What are the pros and cons of going here and how do they compare to Hogwarts?