The Sanguine Imperium is one of the two superpowers in the world of Elladia. Controlling much of the Northern and Central parts of the Continents of Laeria and Erinia including the entire continent of Inaria It has established itself as a global superpower in both military, economical and Political power. Most of its citizens are Humans but there are some Other races like Certain Lycanthropes, Theiranthropes , Vampires and some types of Undead. Usually, the attitude of the Humans towards the Other races vary from place to place. The current Emperor or High Seraph is His majesty, Hans Christian Danielsen   For the past 8 centuries, The Sanguine Imperium has been embroiled in a Brutal war against the Aegean empire, Lead by their legendary warrior Emperor, Argo Larius. Argo has been the emperor Even before the beginning of the war and Has seen the lives of all the High Seraphs play out before him. The two sides are in a deadlock, Their titanic powers keeping each other in check.

The Sanguine Empire serves as the principal authority for nearly all of mankind. Though the various kingdoms under it have a fair degree of autonomy, Ultimately they are all united together in the Sanguine Empire.

The Sanguine Imperium Controls an enormous stretch of territory. From the grasslands and woodlands of Erinia and Laeria to the snow and boreal forest covered Regions of Inaria to the norther polar regions of Inaria, The Imperium extends its influence to a Gigantic portion of the entire world of Elladia. It has a gigantic Military that consists of hundreds of millions of soldiers and the necessary logistics to maintain such a huge army. There is a huge diversity amongst the different legions of the Imperial Army, with each legion specializing in one or more aspect of warfare such as Direct shock assaults, Skirmishers, Nimble archers , Powerful in the arcane arts and many other specializations. What makes the army so dangerous is the amount of co ordination and collaboration between the various branches which allows the army to Defeat numerically superior forces and achieve seemingly impossible tasks.   Each citizen of the Imperium has to undergo conscription and serve for at least 2 years In the military before they can return to their normal life. Even after completing their compulsory service, they sometimes train in the art of warfare to hone their skills in case they ever need to be called back again to serve.   Economically, the Imperium is also a gigantic powerhouse. It controls many resource rich regions across all its territories, many of which are heavily defended. It has a huge amount of reserve stockpiles of all sorts of supplies including Food, materials, Weapons etc for emergency situations.

The Sanguine Imperium Was formed approximately ten thousand years ago by a legendary and mythical figure known as Mathias Christiansen, more commonly known as the Sanguinor in Imperial records. Most of mankind at that time consisted of various warring Kingdoms and tribes.   It is said that one day, A young boy named Mathias saw a vision from the Divines themselves.The divines told The boy to Unite all of Mankind together. From that day onward, the child had Gone down the road of uniting all of mankind. After sixteen years of brutal warfare against his own fellow humans and the other sentient Races, He managed to Unite the tribes and kingdoms And form the Sanguine Empire. He then ruled on for 4 decades, Before one day mysteriously dissapearing. His son then ascended the throne and continued the legacy Of his father.

The Imperium Controls a vast stretch of terriotory from the northern reaches of Inaria to the grassy woodlands and forests of Erinia and the vast grasslands of Laeria. Most of the territory are the ancestral lands of the various kingdoms and other geopolitical entities underneath the Imperium but some of it has been taken from the Aegean Empire. The northern lands of Inaria are a very resource rich region that is vital to the survival of the Imperium and feeds the Massive Imperial War machine.

Remove these ads. Join the Worldbuilders Guild
The Sanguine Imperium

Join Elladia Discord!
All content in this that has been made by the author ( Artwork and music used from other artists and musicians have their own copyright) falls under the CC BY license. This means that anyone is able to tweak, build up on and remix upon any of the content here and even use it commercially as long as they credit me as the original author. Any content found violating this rule will be requested by the original author to be taken down immediately.   Disclaimer: If the work found is racist, abusive or discriminatory in any way, then i shall reserve the right to take it down even if the creator did credit me properly. This is a strict rule and will be enforced whenever i see instances of it.

This is the first article I wrote for the world of Elladia, which is going to be the main setting of my epic dark high fantasy series The Sanguine War. Its still very barebones and i wrote this at around 1 Am in the morning so It might feel a little Messy atm. I Would however like to see what you guys think of it!

I think the article itself suffers a little bit from random capitalisation and a few sentences that may require an extra comma or even just to be split in half, if not a minor re-write. Also, personally I would make any numbers in an article be written as numbers (10.000 instead of ten thousand) just to make it a bit more obvious.   The only curiosity that this gives me is what happened after 10.000 years since well, it seems to just tell the beginning and just that. Any fellow rulers, how did the war start, how did the empire grew into such a powerhouse? Overall great article already!

My worlds are 2% actual important story, 98% dumb facts I make up on the spot.

Lots of random capilization here but if you use mobile, I understand that lol. Couple of spelling errors herenabd there and the sidebar is a tad bit underwhelming but I wanna focus on content here.     "Other races like Certain Lycanthropes, Theiranthropes " certain? What does that mean here? Specific kinds or absolute like only those who are certainly lycanthropes and not half and half?     You say this empire dominates most of mankind, what race is left for the empire they are at war with? Is it those lycans? I'd specify cause I found that confusing.     All in all its well done. You listen the assets of the empire well and I particularly like the history, it seemed quite unique. I would definitely go through and rework it a tad to clear up confusion and make it a little more cohesive but it is a solid article. :) What exactly is the point of the war? If they are so powerful they keep each other in check, why not enjoy the prosperity of peace? 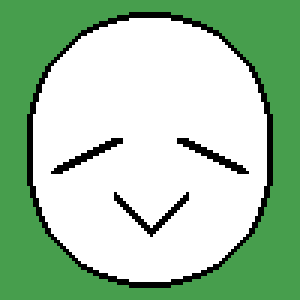 i like this! a short and sweet article detailing a powerful government (that, though it might just be me, gives off some hints of potential corruption) as other comments mentioned, there seems to be interspersed capital letters where they don't belong. i recommend just a bit more proofreading on some sentence structure as well. i have two questions to ask. you mentioned that the attitude towards 'other races' from humans varies. how does it vary? are some violent to races aside from humans? you also mentioned that all citizens are conscripted, and must serve the military for two years. 'all citizens' seems pretty broad- does this include children as well? is there an age limit/minimum for being conscripted? all in all, interesting read!

So firstly, I will say that I like the touches to having a multi-race city and manipulating the cliche a bit that humans tend to so terrified of the undead, etc. If they're neighbors and the non-humans aren't doing harm it makes sense they'd accept them, and similarly if in other areas they aren't so nice, the opposite makes sense as well.   That said, it does feel a bit like a skeleton description. Something I understand all too well, it's difficult to flesh out the entire history and existence of a nation.   To begin, are there any other leaders that have happened? Notable nobles or military leaders? Conquests, wars, etc? You mention that much of the territories are ancestral lands of various other kingdoms, what cultures and teachings did they pass down? If the Imperium took them over, then likely many of those clans, tribes, and towns survivors joined the Imperium. Willingly or otherwise.   If so, then likely their cultures have mixed into the cultures of the Imperium. Architecture, language, technology, cuisine, etc. Just a few ideas to help add some meat hopefully!   The random capitalizations and run-on sentences are also a bit of an eyesore. As well as repetitive uses of pronouns to start sentences, which isn't really against any rules in writing, but it can get a bit repetitive and confusing at times to continue reading "he/him" instead of using names to make it clear who you're talking about two paragraphs down.   Overall I like the idea, and would love to see you add some more to it!