A bullywug cleric and current leader of Oridelfa's Temple of Seevo. A caretaker leader following the Sunken God's Reign of Terror, he has worked to distance the temple from its connections to the monstrous deity known as the Sunken God and lobby the government of Sardivelia for increased aid to his hometown. His efforts have helped improve the church's standing within the religious community, but his appeals for further aid have fallen on deaf ears in Sardivelia's capital. 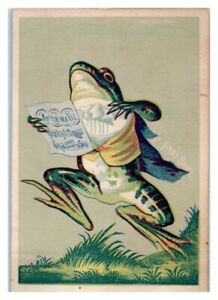