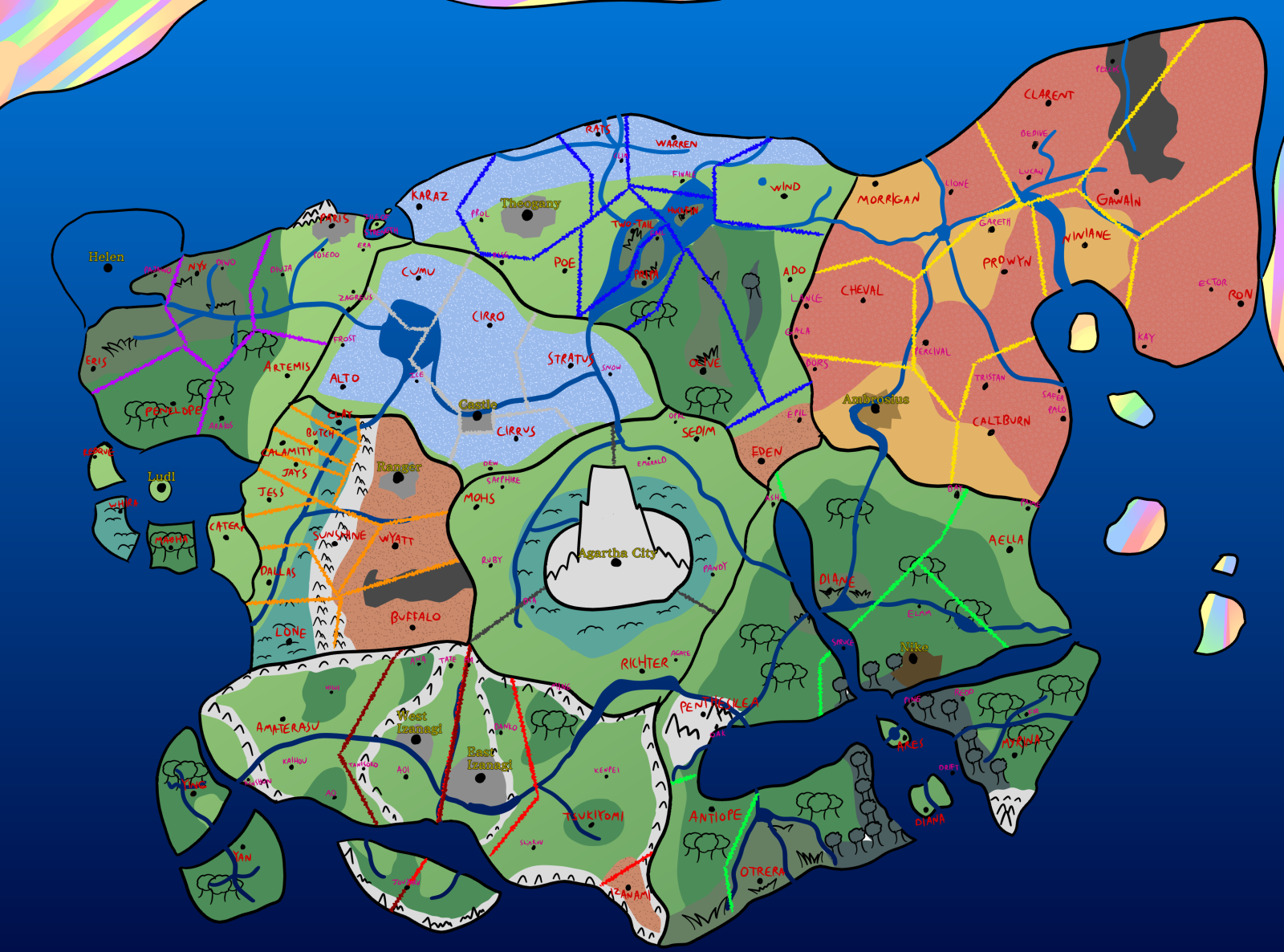 Edda The Myriad world of Magic and Adventure

Valentine Myers
This is Edda.   A pangean landmass surrounded on all sides by wide, chaotic oceans and butted against on all sides by chaotic zones where the laws of reality are made nill.   In this world, and the 10 countries that make it up, there are two undeniable forces. Magic and Fate. Magic and Mana, the energy of magic itself, are responsible for life, death, and everything in between. It powers spells, technology, and even to some degree the citizens of the world. Life cannot exist without Magic, and it has been changed many times by it.   On the same hand, there is Fate, the undeniable goalposts of reality and existence that determine what will happen when. Many people rebuke the idea of fate, and many philosophic types endlessly try to find out how much weight free will has, and how much fate has already decided. But as Magic is undeniable, so too is some level of Fate.   But even the most undeniable law is never ironclad forever, and as time marches ever onward, so too does the valiant hearts of those who would fight against that which is guaranteed to eke out the future with claw and tooth.   Edda is a land full of heroes and villains. Noble rulers and rebellious peasents. Mighty warriors and clever casters. A world of battles of steel and of wit.   A world of stories to be told, and of people that take their center stage.
Edda Discussion Boards