With some concealing shades, bodyguard Dan Werner masqueraded as the "Glasses-ed Adventurer," The Yankee. Dan was actually the bodyguard of Caroline Frazier, who began crusading and brought Dan along with her. Dan was killed in an explosive blast in front of The Atrium on December 13, 1933  .

Dan was hired by Caroline's butler Joffery Norcastle, they would later adventure together. 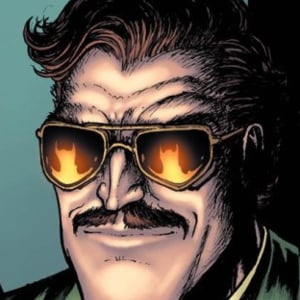