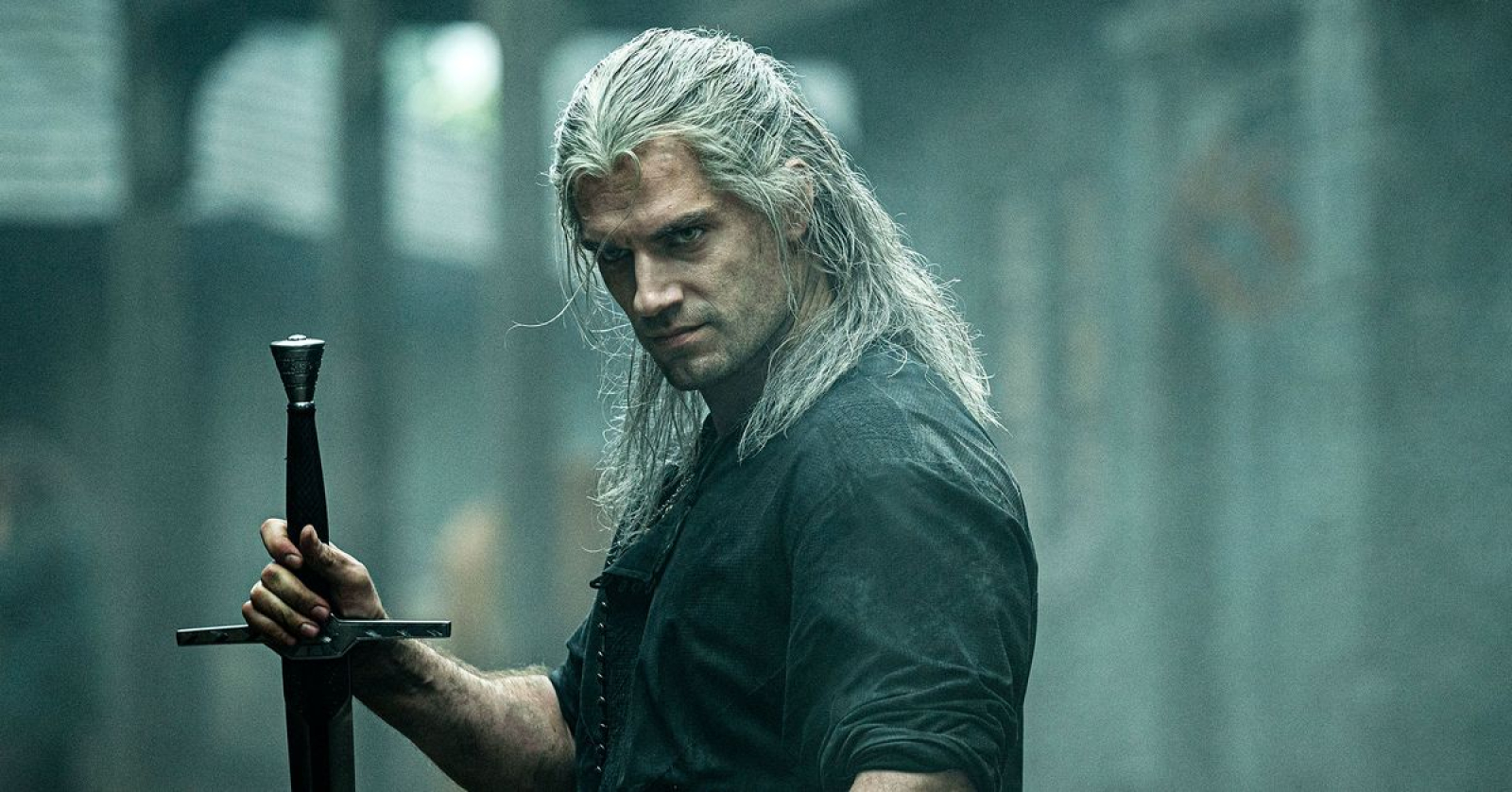 The Witcher of Earth-45, known as the Witcher, was a gnome monster hunter and former witch slayer that wanted nothing more then coin, ale, and a purpose. As it was said "toss a coin to the Witcher and your bounty is as good as dead."

Witcher is covered in many body scars from prior hunts.

Witcher has a large scare along his face from a past hunt.

Heirois wears the armor his grandfather willed to him, studded leather capable of poison resistance. He carries a silver sword called Silversoul and wields an oathbow called Snake's Bane.

Heirois is specialized in hunting monstrosities, though he made a name for himself killing a witch that was a beast.

Heiron Deltorin first of his name was born Heiron of Soubar, a blacksmith's son. Though he learned the trade of his father, Heiron would eventually choose to join the Soubar local militia. Serving for some years, Heiron would rise to prominence and be selected as captain of the militia. After a decades worth of work, Heiron would establish a formal guard and in the guard he would travel wide. With little to do but police the countryside putting out flames, it would take many years before Heiron would be offered the opportunity to prove himself in combat. In a fierce battle, Heiron would best a local brigand but make a great enemy. For his exemplary service Heiron would be celebrated as a hero but as a hero, he would be offered a grand quest. The small village begged Heiron to slay a local legend, a supposed werewolf. The guard captain would track the beast, exemplifing his cunning, and slay it. Declared by all the village to be The Great Monster Hunter, Heiron of Soubar of the Forgotten Folk would found his house as nobility and declare his name, Deltorin. As Heiron Deltorin, the Great Monster Hunter, he would retire from his post to hunt the greatest beasts of all. As Heiron set out into the world, the guard he founded would fall but he would never faulter. Heiron would hunt his many enemies and the beasts plagueing the realm and for his life long service and his life of truth, justice, and pure loyalty; he would be given a coat of arms by the High Observer of Elturgard, the white shield. In his lifetime, Heiron would father a child and he would establish a name and in it a tradition of glory and a drive for the creation of a legend. His son would be named Braccious Heiron Deltorin, he would train under his father and learn to slay monsters of his own.

Given a quest by the High Observer of Elturgard to hunt an artifact and symbol of the Amaunator, Braccious would begin his legend. Braccious would travel to the Marsh of Chelimber in search of this artifact and he would find victory in his quest. In victory, he would be wounded but for his strength to return and his victory in the name of the High Observer, the Deltorin crest would be given a waved belt of valor for his adventure across the marsh. The wave would be part red for his victory and part blue for his loyalty. Before his early death, Braccious would father a son and carry on his father's tradition of building a legend, this son would be named Titus Braccious Deltorin and he would learn from his father the ways of the Monster Hunter.

Rise of the Mentor

In his life, Titus would see a great many combats. Issued bounty after bounty, Titus would rid the land of foes and fouls in single combat. Family legend holds that he would fight odds as impressive as six to one. Titus was a hard blooded warrior and he would never settle; for in his world, there was only war. For his many victories the new High Observer of Elturgard offered only a quest. Ordered to hunt a doppleganger masquerading as a foreign merchant Titus was paid to slay him, Titus would accept the quest and not the order and travel as far as Thay where he had many adventures. Upon his return two years later, he would fall briefly in love with a noblewoman and marry her whilst accepting another belt of valor upon his family crest. Giving his treasures to his love and returning to his wars, Titus would leave his wife's side to return to battle across Faerûn until unknown times. To his son, all he had truly given was the noble name, Lancaron Titus Deltorin. Lancaron would not follow in the footsteps of his ancestors and that was truly where his son, Heirois Lancaron Deltorin's story began.

Life of the Monster Hunter

When Heirois left home he took a pack, an idea of who he was prepared to be, and the case his grandfather had left to him. In an inn, in a private room, Heirois opened the case to reveal weapons, armor, and a note. The note read:

Dear Heirois,   Everything contained within this chest is for you my boy, your father would have no use of them. The armor should fit you fine, I wore it in my prime and it served me well. Polish the armor as I have and ensure its tacits and you will have it to pass on one day as well. You've wielded my silvered sword, Soulsilver, before but never my bow. This bow is known as an oathbow, if you remember the story I told you of it, you will remember I call it Snake's Bane and the Elven phrase that it will offer. If you will reply as I did in the story you will bring wrath upon your enemies just as in the story. Oil the strings as you were taught in training and place it with care but wield it with fury. As always, take care in sharpening Heiron's silver sword, as you know well that Soulsilver can be tempermental. Use all these things in the pursuit of monsters and never surrender. Remember my boy, with all things, go forth Boldly and Rightly.   With love, Titus

Heirois wore the armor to fight the disgusting, and frightening, scaled enemies of his grandfather, he carried Soulsilver to slay were-creatures as his great-great grandfather had, and fired Snake's Bane to find true monstrosities in his own battles. Fully equipped, Heirois found his first contract in the very inn he geared up in.   Six years into his travels, the Witcher used a stellar gateway to travel into the cosmic Outlands in the area of Forlorn Hope. After spending a few months exploring the plane, he founded  the Witch Hunting Guild with the Burnside Mercenaries at the start of the next year.

Heirois gained his first bit of training with Titus, his grandfather, and the local militia of Soubar. Heirois became more experienced after defeating the bandits in Polkan. Heirois gained a great deal of experience in his fifty-five years of training. He became a renown fighter in his monster hunting years.

Employed on a by contract basis.

The faith of his home nation, Torm.