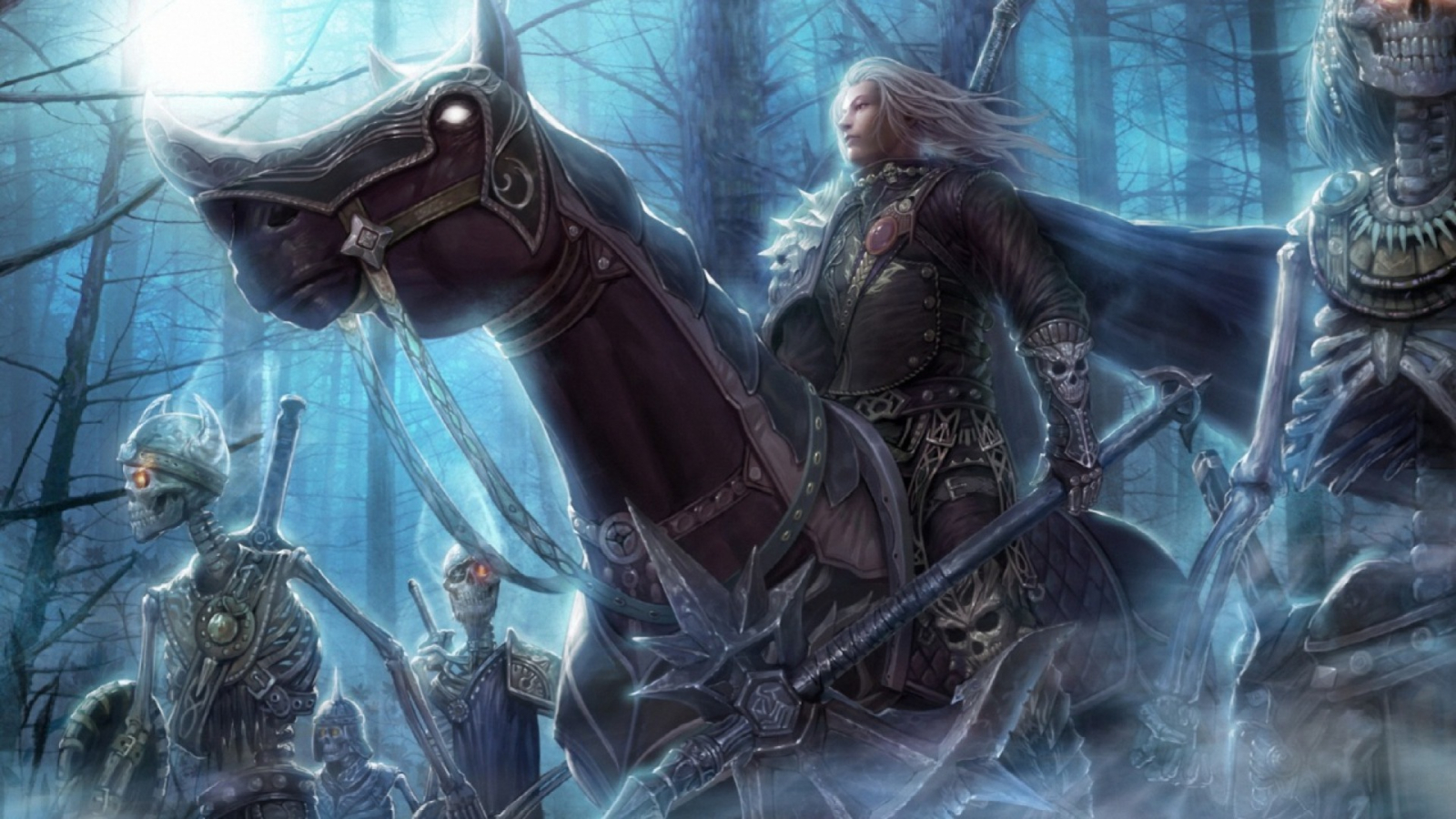 After a pleasant goodbye, the Champions of Destiny left Elénaril's Vinyard and Kelaryn left behind one hundred blank gold coins for the couple's hospitality. Headed down the road, the two surviving Champions passed an Elf leading and undead army named Koragal. Their conversation with him was met well and he was quite forward with information. Arion even went to far as to offer him battle advice, if for no other reason then to draw him away, and told him how to get his military probe to actually function as such. Being weak in battle strategy, Koragal took verbal note of Arion and went so far as to say that he hoped he could one day introduce him to the Raven Queen.   As the pair rode off toward the town of Waterdeep upon a winter road of Faerûn, they debated Kelaryn's writing off of the city and had a discussion on honor and their pacing in order to achieve their goals. After a thirty-five minute ride, they arrived at the Deepwinter Estate. They met Edwin Farnsworth the butler and another version of Kelaryn with her father Baern and a Firbolg known as Timothy. After the two Kelaryns became one in a magical display branded with Jim Darkmagic's name, they discussed their goals with Baern and Timothy before setting out toward the city. At the gates a very pleased Sergeant received word of the undead army from Arion and inside the pair gave alms to a young woman named Gilda. Arion gave Gilda three days worth of rations.   Registered at the Dragon's Head Inn, the pair made their way to the palace but were blocked by the spears of the City Guard at the entrance. Allowed in via their claim to the deed of Deepwinter, they were met by a magister as two Masked Lords passed by headed for the Hall of Justice. In the magister's office on the second floor of a tower, they had the deed rewritten to favor them after a small scene. Arion was pulled into his small magic back but simply explained it away as "[he] must have grabbed the wrong thing." Kelaryn had pulled him out and soon after the two put it behind them as they were set off to meet with Dagult Neverember.