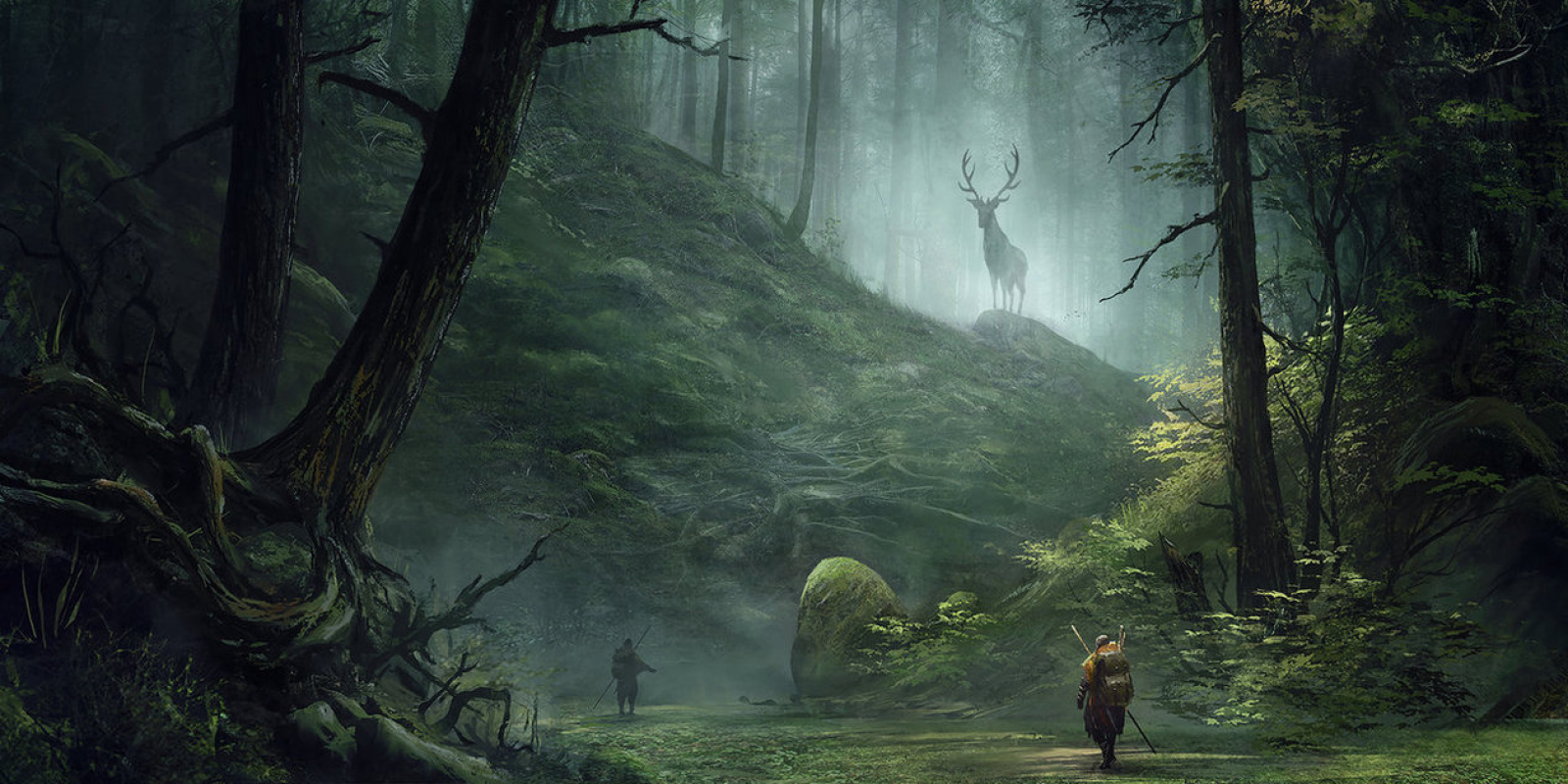 Deciding to return to Forlorn Hope, the Champions of Destiny traveled with the Dragon Knight as he set his sights north come the crossroads ahead. As they traveled, Sol made him aware that the Dragon Marked, Tokin, wouldn't be arriving until sometime after the 25th of the Horse, the following month. After a three hour walk, they caught two deer on hind legs assaulting a man just by the crossroads. Though Annabelle instilled guilt in the deer, whom had been awoken by a stoned druid, the man was badly injured. Together, Arion and Annabelle patched the man up and they helped him back toward town.   Along the way, Sol checked the man's backpack, curious about the book he was carrying. To Sol's surprise, he found his very own spellbook, his Arcane Grimoire. Confronting the man, they learned through long conversation that he was a courier for the Order of the Eye of Vecna. With their enemies named at last he guessed, at their behest, that they were trying to spread undeath. In like fashion he guess that Dane the Assassin was a new member of the Order and he informed with certainty that he used to be a member of the Slayer Brotherhood. Sending Mildeg Hollowdidski on his way, he swore that he was headed for Cullenshire and maybe some place beyond to become a fisherman.   Back at the Deep Road Inn and Tavern, the party learned that their connection with a god had been severed and thus they had lost their superheroic ability to will themselves healed. Thinking upon it, Arion called out to the superhero J'onn J'onzz and discovered that he was still alive. Though conversation with J'onzz and The Master, the heroes learned that they had lost a connection with Ahl, the God of Superheroes. The learned that in order to regain it, they would need to dive down to the center of Earth where he is suspected to be buried alive. However, Sol posed a problem that The Master had granted him insight on, and that problem was their tether to the Outlands.   With The Master's help, the party realized that in order leave the Outlands they would have to defeat an avatar of Vecna, whom has them tethered to the Outer Planes. Offering his assistance and that of a man he was trying to break into Castle Greyhawk to speak to, The Master requested the knowledge of the tomb he'd placed them in but they told him they didn't have it and they didn't. Not wanting to go back to the tomb fearing the Earl of Undeath, the party resigned from the conversation to consider their options.   As Sol suggest the group start hunting down member of the Order of the Eye, they all decided it was time to spend sometime in town and heal up like the common man. In town, Arion, Katerina, and Sol earned the favor of the general store as good buyers, spoke with the blacksmith in town, and even had him commission a rapier for Katerina. Back at the tavern later that evening, Katerina spoke to the blacksmith about her cross guard design and then retired with the others.

Remove these ads. Join the Worldbuilders Guild
Of Gods and Men Campaign