Whatever it takes, Zkah fights to win. Her skill and intensity make her a formidable opponent in and out of the arena, where she is a well-known prize fighter in the city of Vantam. Though she wasn't born in the city, she has lived most of her life there. What she earns from fighting, she sends to back to her tribe in the barrens far to the North of Vantam.


Though she has not been among her own people since she was first brought to Vantam, Zkah still holds them close to her heart. Her ancestral connection to The Drakeridge allows her to channel draconic power when she is driven to unleash her full might in a truly awesome display. At times, her intensity gets the better of her, but her drive to be better, stronger, and faster never lets her slow down.

When Zkah fights, she is prone to losing herself in a frenzy as the thrill of battle overwhelms her. When this happens, something inside her awakens, a legacy of her tribe's connection to a powerful dragon. She takes on draconic aspects and her blows become devastating as they are infused with elemental energy. This power has helped her take down fighters more skilled an experienced than she.

Zkah was born in the barrens of Thaspier to a tribe of warriors that once served and worshiped a powerful bronze dragon before the Draconic Purge. She remembers almost nothing of her life with the tribe, as she was taken to Vantam and passed off to Sallus Mortimer, a pit master who trained gladiators. Zkah was told that her role in the tribe would be to fight for their honor in Rivenwing Arena, spreading the glory of her people and sending her wealth to the tribe so they could flourish.

Zhah took these words to heart and threw herself into her new life with abandon. She pushed aside her feelings of sadness and separation, and dedicated herself to fighting for the honor of her people. She trained as hard as she could and began prize fighting at an early age. She became something of a spectacle in Vantam, a girl child taking matches against grown fighters, and winning more often than not. Winning was good. Winning was important. Winning was everything. Only by winning could she fulfill her purpose and honor her tribe. Loss was unacceptable, and every time she lost, she trained harder than before, obsessing over the weakness that cost her a fight.

Over time, Zkah became wealthy and famous, but with that came a growing dissatisfaction. As she became more accustomed to status and luxury, she began to worry that it would make her soft; that it would take away her edge. Worse, she was fighting less and less. Gladiatorial combat was falling out of fashion in Vantam, meaning fewer people in the stands and less money coming in. As her patron and manager, Sallus, started to grow more desperate to keep revenue flowing, he started to suggest methods that Zkah knew to be dishonest. She was caught, her duty to her tribe meant she had to keep fighting and earning money to send home, but her sense of honor was violated at the suggestions of her manager. Soon, it all became too much, and Zkah left the arena for good, but not without a new plan for achieving fame and fortune for her people.

Zkah spent most of her life as a prize fighter in the gladiator pits of Vantam, but as bloodsport fell out of favor, the money began to dry up. She invested her considerable savings into starting a franchise under the Heroic Endeavors Incorporated licensing program, and hopes that becoming an adventurer will keep her name on the lips of her fans.

Zkah strives to be the best. It doesn't matter what she's doing, she demands perfection from herself in all her endeavors. Fighting is her main passion, and she obsesses over every battle, trying to find ways to be better in the next match.


Aside from personal perfection, Zkah hopes to bring glory to her tribe. Barbarian nomads have wandered the barren lands in the Thasperian interior for generations, facing hardship, and displacement. She sends most of what she earns home to her people in the hopes that she can help them thrive. Someday, she'd like to go back to them, but there is much work to be done in the city first.

As a hopeless perfectionist, Zkah is frustrated by failure, real or imagined. She is never satisfied with her skills, and immediately after every accomplishment she's analyzing, criticizing, and trying to find the next thing to do.

People find Zkah to be a little intense, mostly because she is. She's friendly enough, and comfortable with the attention her minor fame has garnered her without being arrogant about it. People have a hard time keeping up with her, as she's always driven to pursue another goal and another mission.

Until recently, Zkah was quite wealthy, and could have lived a quiet life on her winnings alone. Not content to sit on her laurels, she invested in a franchise agreement with Heroic Endeavors Incorporated to become a licensed adventurer. Now, she has very little in the way of money, but she knows that it's only a matter of a few perfect jobs before she's even richer than before. 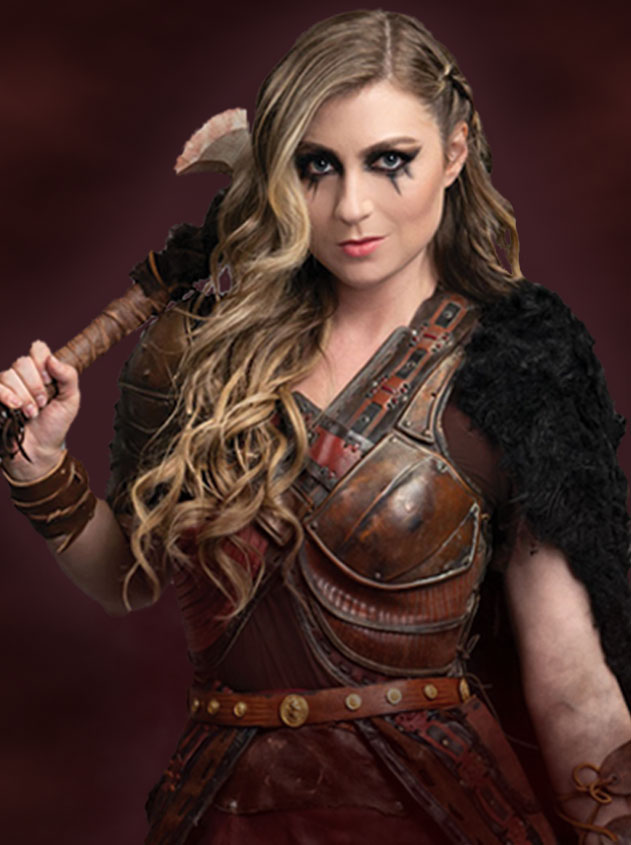