If you listen to Sly, and lots of people do, he'll tell you there's no one with a quicker wit or a faster sword hand. The claims may seem too good to be true, but so are most things Sly tells the people he meets. He's a social chameleon, at home in a rowdy tavern or a posh gala, and no matter where you find him, he's certain to be surrounded by men and women hanging on to every word of a gripping tale. It's likely true, most definitely embellished, but entertaining none the less.

Sly doesn't talk about his past much. From his mannerisms one might assume he has roots in high society, but if that's true he's either lost everything or left it behind. It doesn't seem to bother him, in fact, he thrives in the rough and tumble life he lives in Vantam. Whether he's negotiating a tense standoff with dangerous criminals, or crossing blades with a ferocious beast, he always has a smile on his face and a twinkle in his eye. His slender build and pretty face put many adversaries off guard, which makes him twice as dangerous to unsuspecting foes.

Some years ago, Sly arrived in Vantam with the clothes on his back and a sword on his hip. Everything before that is a story Sly tells cautiously, and the ever-shifting details suggest he isn't truthful. One consistency is the death of his elven mother, murdered on his own birthday for reasons he either doesn't know or won't tell. Any time he's pressed on the matter of his past, he casually deflects, orders a round of drinks, and soon has everyone distracted with another bawdy song.

After his mother's untimely death, Sly was raised by his teacher, Alatar Blaise. How he fell in with such a renowned scholar is unclear, but he learned a great deal from his beloved mentor.

Sly is a businessman. It may not always be clear exactly what that business is, but any attempts to define it more solidly are met with assurances not to worry about it. There can be no doubt that some of his dealings are illegal, but surely he only skirts the law in the name of the greater good.

There are unfounded accusations the he enjoys a career as a smuggler, but really, who can say? One thing he certainly is, is a dashing hero under the Heroic Endeavors Incorporated licensing program, doing whatever he can to defend those with dangerous problems and excess coin.

Sly finds the conditions in Fogdowns grating, and after having seen how the other half lives, he wants to provide opportunities for the downtrodden to rise up out of the slums.


On a more personal note, he never discovered the parties responsible for killing his mother, and her death weighs heavy on him daily. He holds little hope of finding real answers, but there is a part of him that hopes someday to give her spirit justice.

With quick wit, charm, and good looks, Sly can talk himself out of nearly any situation. He's a savvy businessman, though he isn't greatly motivated by wealth. Of course, if words fail, he's a brilliant swordsman with a flair for the dramatic in his deadly dance of blades.

Sly genuinely cares about the plights of the underprivileged, and though he doesn't always know how best to help others, he always wants to try. His friendliness and charm are sincere, which makes him widely liked across the city.

Sly is prone to overindulging and seems to have trouble understanding that his decisions can have dangerous consequences. He means well, but that doesn't always prove an effective shield against trouble. 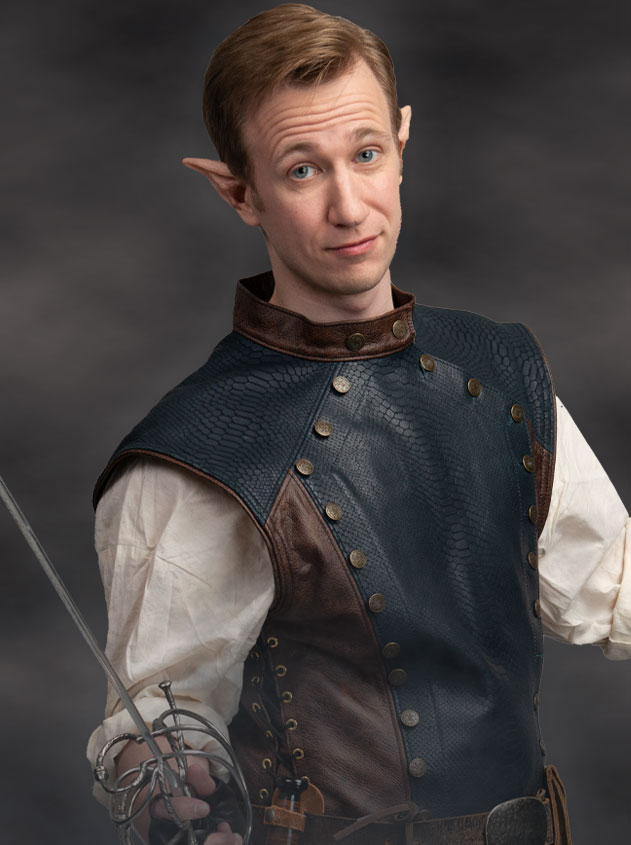