The Torbrin Noble Family is a strong pillar of the region's mercantile community. Their deep ties to dozens of tradesmen and ship captains from distant shores allow them access to many exotic and valuable goods. Their reliable shipping network also serves as the backbone for the local transport of fruit and grain. For 4 generations, the family has forged an ironclad position in the city at the top of its merchant class and respected among the city's nobles. Among the noble class, the Torbrins have only a minor standing in the web of intrigue. The family's ties to city-wide trade give them some bargaining power at the table but often protect them from the plots of others.


The current patriarch of the family and the head of its shipping business. His sharp mind was finely honed by his father into a surgical tool for the family's growth and prosperity. When tragedy took his beloved wife, his mood forever soured. He is 44 years old and is just beginning to feel the looming shadow of old age. He has the bearing of a man who has never known hardship but has not allowed that to weaken himself.


The mother of Triana and Christopher Torbrin and the wife of Elder Torbrin. When disease ripped Lady Torbrin from her family at 40, she seemed to take all their joy with her. She was a truly breathtaking woman with uncanny ease and grace that caused her to become the light in every room she ever entered. Her absence is like a crushing weight squeezing the last remnants of happiness from her broken family.

The treasured daughter and firstborn child of Elder Torbrin. She is a sheltered child, living under the wing of her father as his right hand. Her mother's death forever marked her life, and six years later, at the age of 22, she still feels its echoing loss. The beautiful girl is the mirror image of her graceful mother and an echo of her absence.

The youngest Torbrin and the second-born child of Elder Torbrin. The boy is a rambunctious soul intent to explore the world and see its wonders. Unlike his father, Christopher dreams of the world's magic and mysteries. The 14-year-old boy is a bit gangly for his age but shows excellent promise as a young up-and-coming lordling.

The father of Elder Torbrin, who died at the ripe old age of 63 in the wreck of a sinking ship. He spent a lifetime forging a future for his progeny and died working in the name of his company and family.

The progenitor of the Torbrin Noble Family, his efforts amassed their starting fortune and secured their social position for years to come. He died at 81 as a venerable and respected merchant lord in the city.


Coin, my son! THAT is what turns the gears of civilization.
Not kings, nor lords, not even war holds that honor. Coin alone holds that privilege.
— Grand Torbrin to His Son.

Silent Truth
With the Torbrin families standing and reach it would seem odd that a priest could not have been secured in time to heal the Lady Torbrin, preventing her death. The truth is that she was healed by a Priest of Gaen name Corvallis. Unfortunately in his hubris he overlooked the severity of a tainted disease. Shortly after leaving, her conditioned quickened and she died within the hour. Corvallis would later join the Temple of Hannen in their split from Gaen. Torbrin never speaks of this and will harbor his hatred for Corvallis and both temples till his final days. 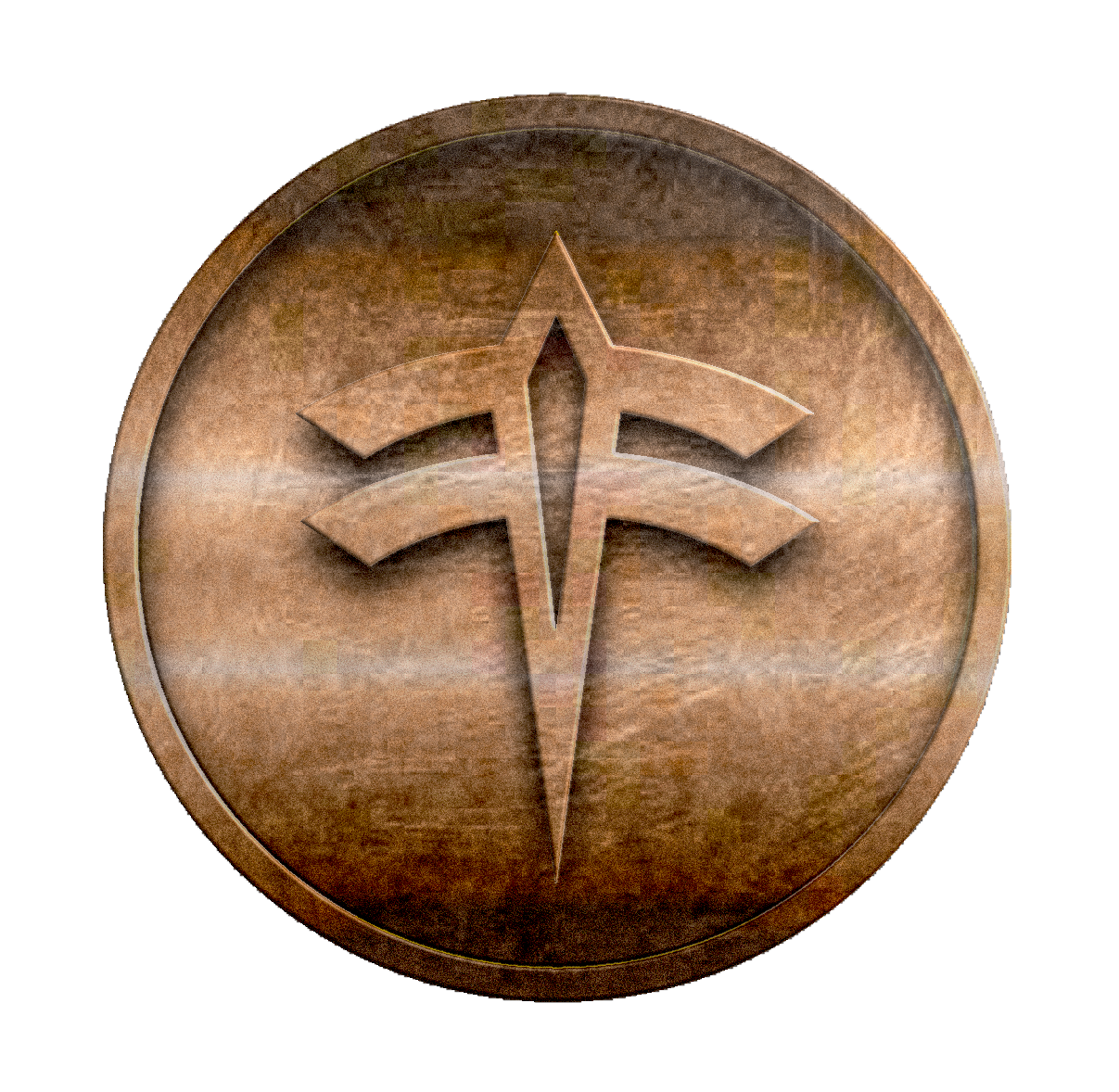 Coin is my Blood,
Blood is my Oath.

The Torbrin Noble Family rose up from nothing more than common merchants. Great Torbrin amassed great wealth in his lifetime and secured his family a lofty position in the noble class with his charm.

The family's residents built upon a swash of private land purchased by Great Torbrin. It encompasses a beautifully constructed mansion with several outbuildings and a small stable, surrounded by expansive grounds that guarantee privacy. On-site security operates around the clock, guarding the Torbrins against danger.

The head office of the Torbrin Shipping Co. is a staple business of the Market Ward's Silver Street. It is the courier of choice for most large shipments and sees considerable business during the day. The building is one of the oldest in the city, purchased by Great Torbrin due to its rich history and as an ideal location at the center of trade.

This dockside storage is used by the Torbrin Shipping Co. to keep client cargo safe before distribution. It is a stockpile of packages, both big and small, just waiting for delivery into and out of the city. It is seldom empty and constantly flows with the movement of workers and foremen while regular patrols guard its contents closely.

I envision the Torbrins as a family built on the work of generations. Pride defines their view of family and ambition drives them to succeed. They are the spider at the center of a vast but delicate web, that stretches to many shores in search of all that is precious and rare.

This article was written by the creative and talented WiredIn and edited for world and game use by Graylion. To see more writing and world building by WiredIn, visit Ravare.