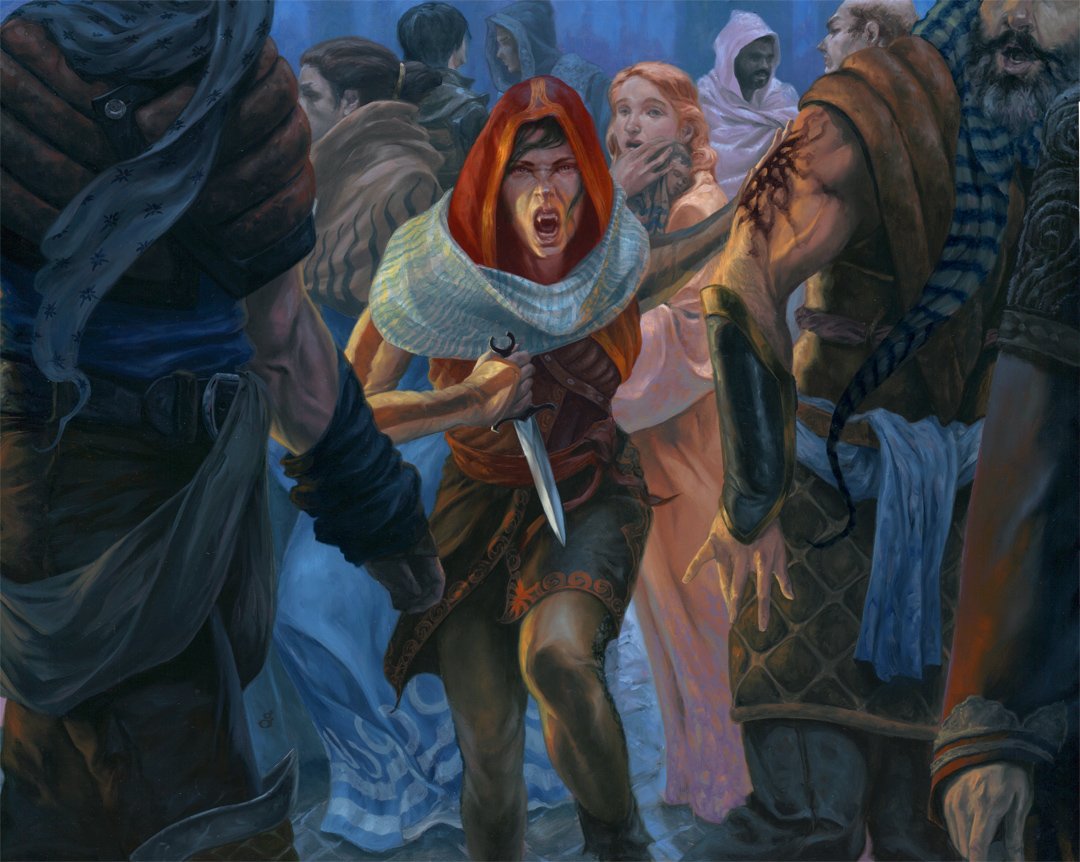 Vindictive Vampire MtG Art by Randy Gallegos
"Savages", Orris made a dismissive gesture. "They are not kindred, and they are barely even vampires. They are not the Blood of Vecna!" Galin glanced around and lowered his voice, "you don't know that, you can't be sure of that", his voice training off.
The Horava as they are called, Savages for slang are the vampires not native of Athas. It is suspected that they are not the Blood of Vecna, but there is no certain answer to this question. The official line by the Templars is that the Dark Father created all vampires, even those distant from the Kindred of Athas.   They do not seem to fall into the Vampire Clans of traditional Kindred and do not appear to have developed the Vampire Covenants and their many secrets. Without the delineation of clans they also do not appear to display the unique Clan Disciplines however from time to time an exceptional Horava exhibits a Discipline that may be comparable to a Unique Clan Discipline. Many of the Kindred point to this being proof that the Savages are not true vampires of Vecna, although they say this quietly.
"Galin did you hear the rumor that the Elders will adopt the Horava into our clans? Just think Orris this is good, we now have someone to call savage, that is not Gangrel." Galin flashed a devious smile. 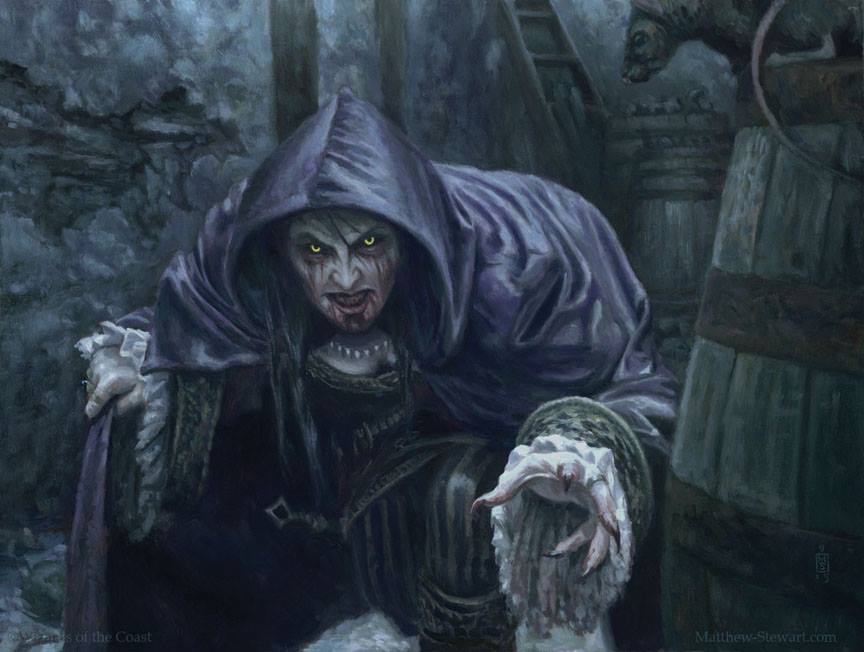 
The Horava either live a singular existence or in small vampire family's for mutual protection. In most cases the oldest and or the sire will be the leader of this family. The family's consist of progeny or adopted vampires and care little about the distinction. Those that are successful learn to blend well with mortal while honing their skills. The Olakai family is one of the more notably successful Horava families (see chart below).


In most things vampire the Horava are very similar to the Kindred. They posses vampire endurance, acute senses, blush of life, physical intensity, cleansing, daysleep, waking, torpor, blood sympathy, and blood bonds. They carry the same vulnerabilities to sunlight, fire, frenzy and detachment.


The Horava are able to develope all of the common Vampire Disciplines with the same ease as Kindred. A few of the Horvara Elders and even less Horava Ancilae develop the unique Vampire Disciplines up to low levels of mastery. There have been no example of them displaying more powerful levels or any type of Blood Sorcery.


Even the oldest Horava have no issues feeding on mortals and it would be rare to feed on another of their kind unless it was an extreme situation of survival.


It would seem that embracing new vampires may only be accomplished successfully by the oldest of the Horava. Some attempts by the younger vampires lead to maddened crazed beasts, similar to Revenants, which has helped fuel the slang name Savages. Some Horava the equivalent to Ancilae or older have the ability to bind mortals to their service, or make them Trusted .


Being clanless the Horava have no specific clan bane and each time they fall from their humanity they are plagued by banes similar the Kindred.


The official Kindred Traditions mean little to the Horava as they are not published in a "Book of Night" or handed down in an official format. They practice the Masquerade out of common sense and a need for safety and survival. It is well accepted that creating Progeny is left to the oldest and frowned on for the unfortunate that created a problem running loose. Amaranth is maybe not known or discussed.

Answering: "Describe a counter-culture in your world, something outside the mainstream culture of the place."
Visit Graylion's Competition Page Check all other answers to this prompt Competition Homepage