Ah yes, the Pelzean Passage, a river of great wonders. It is considered to be the largest river in all of Cathrea. Its purpose? Only the connection between the domain of Pelzevaat, god of the waters and good fortune, and the rest of the world. Oh, and of course, home of some of the rarest and most sought after aquatic materials known to humankind. A wondrous place indeed!
— All knowing Lohrk

The Pelzean Passage is the connector between the inner ocean and the Pelzean Sea. Currently controlled by the Republic of Dordensvel, it is the biggest river aith around 250km in length. Its influence however streches even further, through its sheer aquatic magical density. Together with rich earthen Magicules, it formed a wide array of aquatic plant life, species and materials.

The Pelzean Passage is a vast body of water. In some areas, its surface is covered with extremely large lily pads which are inhabited by strange colonies of The Feywild, other zones are submerged in constant aquatic wars. These wars are waged for various reasons. The most common ones being ressources and domain expansions.

From the infamous Sonfluct over other sentient species like the Wyverbasins and hostile creatures such as the Mudeye to mysterious ancient beings whose existence is only told in tales, stories and songs. Probably the most well known mythical creature is Vaarias, daughter and fallen goddess of the river tides.

The Pelzean Passage was created by the Primals. More specifically, by the goddess of earth Sam'yra and the god of water Pelzevaat in order to connect the Pelzean Sea to the rest of the world. Of course, this is only the information confirmed by the holy scriptures, anything beyond this understanding of knowledge becomes speculative fodder for the poets of today.

The biggest mystery for Cartographers and Historians is the origin of the Pelzean Sea itself. It is said that the two continents Montoora and Inuntia were once a combined unit, thriving under the riches in the soil and those up the mountain hills.
The Tithe, daughter,
don't forget to pay it
before those finned bastards have your head for it.


A Great Flood it must 'ave been.
A catastrophe summoned as a warning to us all,
for we the landlings shall not meddle with those below the surface.
It is also understood however, that those who resided within the bounds of this combined behemoth were greedy beings. They would exploit and destroy the seas around them for their own gain. As a means of warning, the deity of the waters was said to wash his rage over the land dwellers and create the Pelzean Sea, killing millions in the process

The one thing that has given and is still giving those in study decades of headaches is the reason why the Pelzean Passage would have been created alongside this divine punishment. Does Pelzevaat just want all his bodies of water to connect? Does he intend to conduct business through this canal? Why was the Passage created where it lies today? Is it even godmade? Lastly, what would happen of the waterflow would be interrupted by man?
Type
River
Owning Organization
Council of Dordensvel
Contested By
Inhabiting Species
Historical Events
Pelzean Empire Civil War
Wyverbasin Expansion
Passage Wars 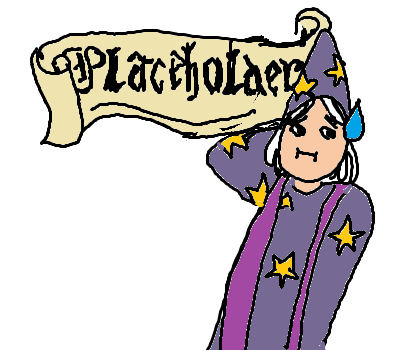 Tales of the Great Flood