The Sovereign Empire of the Bechtlarites

The Bechtlarites are the final tattered remnants of the old world. The once opulent city of Armuun still stands as a testament of what once was. The spires and towers still rise above the walls in grand fashion, but a great deal of the old world mythical gleam is gone, and in it's place is a bustling commerce hub filled with traders and vendors. The city also houses most of the worlds greatest universities that boast some of the greatest minds and technological wonders of all the ages. The Bechtlarite people are proud and prosperous which has in turn allowed them to be well educated as well. They tend to be very shrewd and intelligent people, though some others consider them to be stand-offish and a bit pompous. They are generally very proud of their history, and and feel that the great Sovereign, Daimus III, was manipulated by outside usurpers that used foul magic to twist his mind and cloud his judgement, leading to the events that caused the Blight. They do not find the same fault in these actions as other races do, and in fact place a great deal of the blame on magic users, the now absent gods for letting it happen, and are very suspicious of the Volrishtad due to their high priestess's involvement. Though decades of research, the city is now powered and lit by technological wonders consisting of great underground furnaces and steam powered engines. The Bechtlarites still boast one of the worlds greatest unrivaled armies due to this exact reason. The Hellfire Brigade, one of the most famous battalions, guard the city and watch over it armed with arquebuses and riding great constructs. They are also the greatest proponents of the laws against the utilization of magic, being the home base of the Wraith Guard, a specialized and secretive sect of the city's Intelligence Bureau that have been trained and outfitted to hunt down and destroy rogue magic users for the safety of the Bechtlarites and the greater good of all.

The ruler of the Bechtlarite lands and people still retains the title of Sovereign, though the former line was broken with the loss of Daimus III. The Sovereign acts as an emperor, but the Bechtlarite empire functions more as a constitutional monarchy now, with the Order of Objective Representation playing a key role in the day to day bureaucracy but still subject to the final word of the Sovereign in matters that are disputed. The current Sovereign, Jaimus Oraulicli II, came into power young due to an untimely accident involving a structural defect in the Palace of Glass that claimed the lives of both his father and mother. Oraulcli II is well educated but views his duties as tiresome, content to let the Order of Objective Representation carry most of the load, only getting involved in matters of the state when he either wants something directly or if he gets annoyed enough to step in. The Bechlarite Intelligence Bureau holds tremendous power within the mechanisms of power in every major city of the Becht. Under the current leadership of Nonpareil Candor Ralech, they maintain an ever-watchful eye on the Empire's interests, and an even more attentive focus on their enemies. The Wraith Guard, under his acute command, polices the physical and intellectual property of the Becht empire with extreme dedication and efficiency, able to work in the open and the shadows with equal effect. The Empire still claims a large swath of land in the East beyond the Outlands, and within its borders are several large cities and numerous villages and towns that surround them. The Becht maintain a sizable army that is under the direct command of Sovereign Oraulicli II. This force includes a sizable airship fleet, battalions of mechanized armor divisions and thousands of ground troops. These forces are stationed throughout the Empire depending on the needs of the area. Among these, the battalion stationed within the capitol city of Armuund known as the Hellfire Brigade, are the most well known. They are unique in that they are allowed to function autonomously under the direct orders of Commander Sumer Daivon. At five hundred they represent the finest marksmen, pilots, and specialists in the Bechtlarite military, and this notoriety is used often to bolster pride among the common people and as a recruitment tool.

Within the Empire is a well defined caste system based upon the intellectual and skill value of the individual. There is a certain fairness to this, in that an innovative custodian who utilizes a high degree of skill in their duties will be just as well respected as a professor or inventor in what is often seen as a "higher" trade. The vast majority of social interaction occurs within the halls of universities, coffee houses, tea rooms, and libraries, and generally consist of trading of information and rather large amounts of people trying to "one up' one another in matters of the mind. There are very few pubs and taverns in this culture, as drunkenness is frowned upon by the general populace, and to give in to those impulses is the domain of the uneducated. To outsiders, the Becht present themselves as fairly friendly, if not a bit haughty and aloof, having a tendency to look down on less educated races and cultures. The exceptions to this are those that come to the Becht cities seeking education. For these few, the Becht holds in high esteem, recognizing that the strongest argument for intelligence in an individual is the desire to learn more. The cities that they build are segregated between purpose and even the buildings tend to be built and presented in an organized manner. The shops and markets are all in one district, the universities and libraries in another, while foods and the like are kept separate and the industrial centers are as far removed from the domestic areas as possible. The streets are remarkably and impeccably clean, with a city wide maintenance service working around the clock to maintain it using a shallow series of tunnels and hatches to move about unseen and transport waste and refuse into the underlying sewage systems. Order is maintained by the Wraith Guard, and their patrols are an ever present sight throughout all the wards in every major settlement. Within the forces that keep the peace are specialized units for various purposes such as crowd control, investigation, counter espionage, and the like. These Becht are an immaculately organized and efficient people who have grown accustomed to a wealthy and comfortable way of life. Since, culturally, they seldom travel, many of them lose sight of the state of the world or tend to develop a purely academic take of the Blight and how it has affected the rest of the world. On the flip side of all of this, no race is uniform in active behavior. There are those members of this society that have broken away from societal norms and in turn cause havoc and distress. The jails stay full within the Empire and the legal system is harsh and unforgiving. Many Becht self-exile themselves rather than face a long term stay in the Bonescrap, a decrepit and defunct mine on the outskirts of Armuun that has been converted into a sort of prison where inmates are dropped in and left to survive in the depths below. There is only one way in or out of the Bonescrap and deep down there are worse things than other inmates to worry about as the void energy is very prevalent there due to the mines at one time having had an open connection to Underhome, the dwarven kingdom.

There is still a great deal of pride among the Becht people, viewing themselves as the intellectual elite of the realm. Sovereign Oraulicli II uses this a great deal to maintain power with quiet and implied promises of returns to greatness.

The vast majority of the western lands are under the dominion of the Bechtlarite Empire. While a large area is still held by them, it is by far not the most fertile or valuable. The lands still under their control are the original ancestral lands from which the original empire sprang up, and as decided within the text of the Pact of Erindall, the Becht people and all their holdings were to be remanded to these original lands with no regard for the state of them as compensation for their part in the Blight.

The Becht Empire maintains a substantial standing military force within its borders and stationed in the Culvarkt lands as well. While they do have smaller units stationed at satellite locations, they mostly function as security forces for various assets that are working abroad. It is important to point out that the Becht military consists of several specialized functionary branches.

The Becht have achieved a great many wonders in the years since their restructuring. From steam and coal burning engines and mechanical wonders, to firearms and airships they have surpassed magic itself in many ways. The Order of Benevolents have pushed the bounds of science as well, not only finding new and amazing uses for the elements of flora nd fauna from the old world, but cataloguing and discovering as much of the new life that has been brought into being by the strange energies of the Void.

The Pact of Erindall maintains that a respectable peace will be held by all the nations that remain in Cairne. This is honored and even revered after so much time. While the Becht enjoy a close alliance with the Culvarkt, and a very strong trade relationship with the Ongommu Tae, they are still not well liked or trusted by most of the remaining nations and cultures of the world.

The Becht Empire relies heavily in industry, invention, and trade to keep things running. While they are some of the most inventive and well educated people in the world, they are limited by the resources available to them. They are very technologically advanced, holding a friendly economic and technological rivalry with the Culvarkt for superiority, they are constantly evolving the way things are or can be done with their creations.

Active trade with the Ongommu Tae for food and animal resources, the Culvarkt for valuable mineral and technological items, and occasionally the Ventryte for academic finds and relics uncovered in the wastes of the East. Luckily they also have the second largest airship fleet in the world, allowing for safe and usually unobstructed travel across the Ephemeral Sea, flying over the Blight and avoiding the majority of troubles there. The only hiderance they face is the occasional pirate or mishap.

The becht are the most well educated nation on the planet without compare. They have numerous and often specialized universities spread out across their lands, as well as many research outposts and libraries. The Becht have a strong cultural tie to the practice and doctrines of a diverse and strong educational system and begin schooling children at very young ages.

Thanks to the technological advances of the Becht, their cities and settlements almost always have well maintained sewage, water delivery systems ranging from aqueducts to submerged systems that carry water throughout a settled area, sanitation procedures in line with Benevolent oversight, and a well equipped fire suppression brigade. They also have a very present military police force in the Wraith Guard, who keep the peace and keep out unwanted elements. 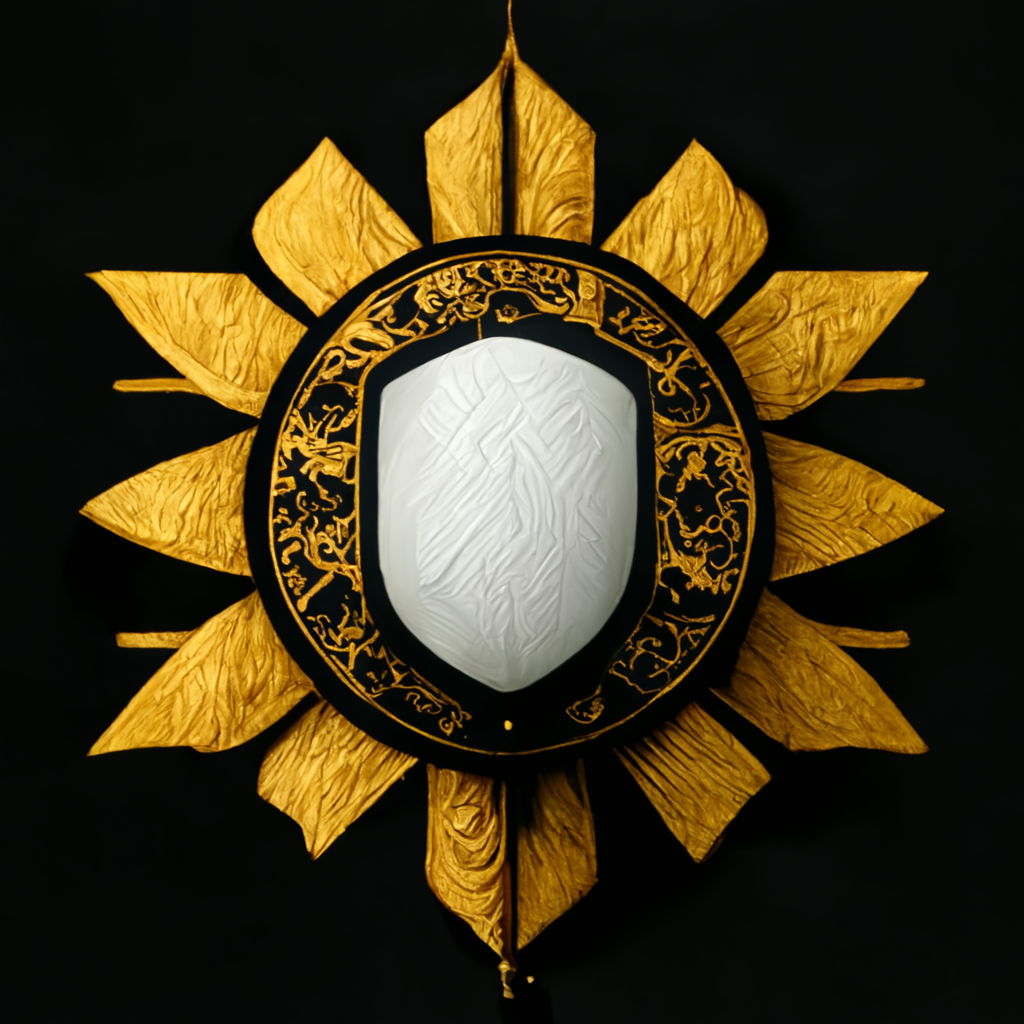 All Things, Through Knowledge Grow

Articles under The Sovereign Empire of the Bechtlarites