One word has defined most of Saoirse Ó Broin's life so far: survival. Living in the forests outside of Carrig's Cross with her parents, Saoirse grew up isolated from the outside world. It was for the best, from the stories her parents told her, of the world that forgot about their kind after nearly wiping them off the face of Cairne and the unknowable Blight-born evils that roamed the world in the darkness of night. Saoirse's comfort and safety living life under her parent's wings couldn't last forever, and she had to face the world much sooner than she was ready for after her parents suddenly passed away.

Carrying the song of the deceased is never an easy task, but as the only witness to her parents' deaths, Saoirse had to carry both of their songs and their funerary urns to the sole Seanachaisian passage tomb at the edge of the Dunn Dierdiere Bog alone. She received aid from many Seanachaisians - even a Volrishtad or Ongommu-Tae ally or two - along that harrowing journey, all feeling a deep sympathy for her heavy burden. When she reached the tomb, she placed their urns inside and sang their songs one after the other with tears streaming down her face. The Church Grim guarding the tomb offered Saoirse comfort while she grieved and said her final goodbyes.

As those same allies aided her on the journey back, Saoirse recognized, through her grief, that she wasn't as alone in the world as she had been made to believe, nor was she forgotten. Still, she had no living family or friends she could depend on, and the future ahead looked bleak.

On the final leg of her journey, Saoirse decided to stop into town to buy food before making the retun trip home. As she was walking there, she spotted something incredible: one of the Somnambulists was passing by! Saoirse's eyes widened with shock and awe; the Somnambulists were of great cultural importance to the Seanachaisians, having been a creation of their patron god, Bodi, to act as the key opening the way for his return when all twelve pieces of the prophecy had been fulfilled. Now filled with a powerful new sense of purpose, she followed the Somnambulist into Carrig's Cross.

She tried to make herself as invisible as possible and pass unseen, but circumstances forced her hand when a member of the Wraith Guard witnessed the Somnambulist utter her portion of the prophecy, launching an investigation into illegal use of magic. Saoirse felt it her duty to ensure that the Somnambulist's prophecy was fulfilled. Timid yet determined, she joined a large search party - a Bechtlarite Benevolent, a curious Ougham, the Wraith Guard member, his Gauldowhynnian charge, a Hiversteadian hired to help keep an eye on him, a Volrishtad to act as their guide in the Wastes, and a kind-hearted Ventryte, who saw that Saoirse was a Seanachaisian and offered her friendship - to the Lost Temple of Vrokhanna, following the clues of the Fourth Somnambulist's Prophecy.

Saoirse was initially quiet and nervous around the others, afraid of how they would perceive her as a Seanachaisian. One-by-one, as they showed her nothing but love and acceptance even after discovering what she was, Saoirse began to open up more. What she found were people worth saving and a world worth fighting for - and a newfound family. With the future looking brighter than ever, Saoirse is driven to play her part in the Somnambulist's Prophecy to pave the way for all of the gods to return and heal the world, for the betterment of everyone in Cairne. 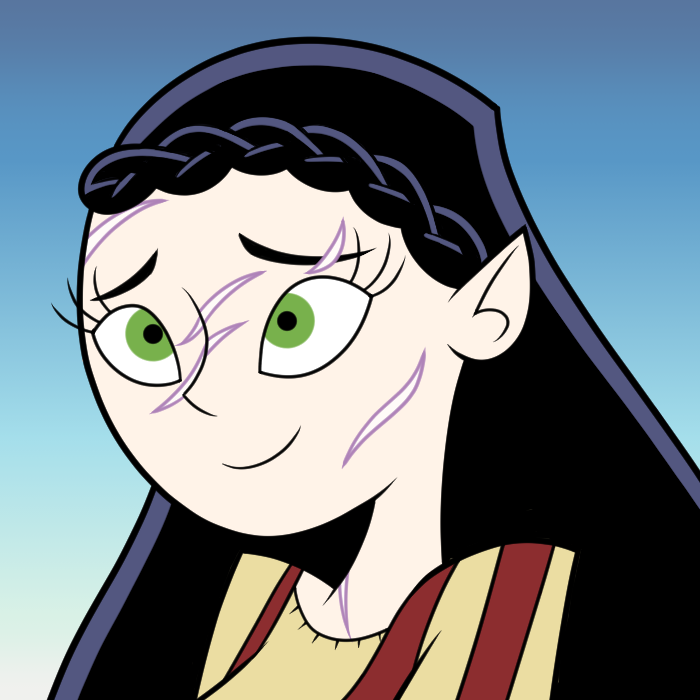 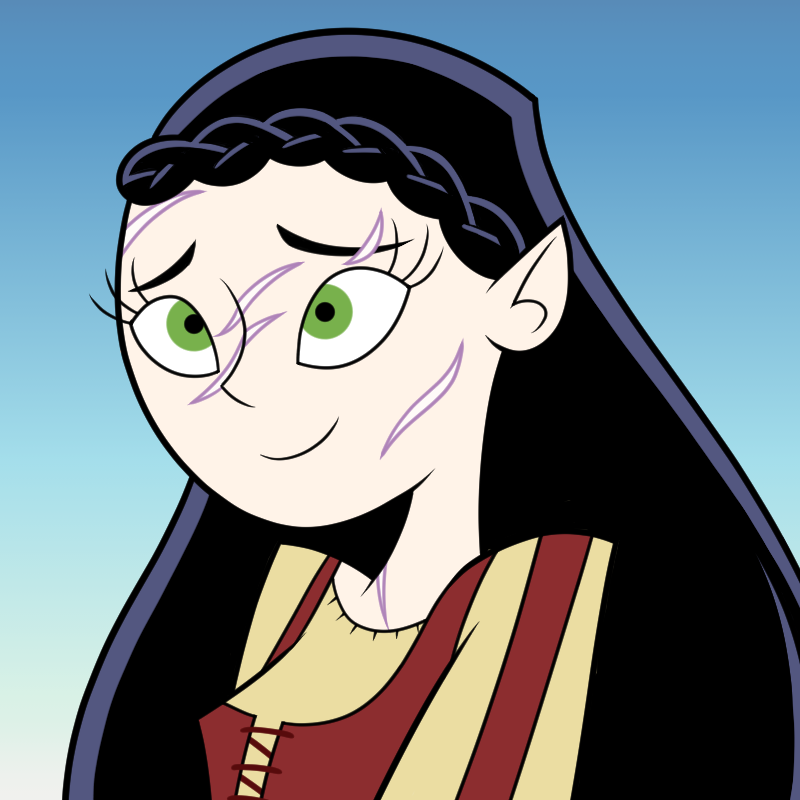 The major events and journals in Saoirse's history, from the beginning to today.

The list of amazing people following the adventures of Saoirse.