This article is still very much a work in progress. Got the information down and a draft image uploaded (shown at bottom of page), will properly format and finish images sometime in the future...

The Regalti as a whole species paradoxically don't believe in external body modifications such as large scale body implants like artificial eyes of limbs, but are completely fine with mico and nanoscale cybernetics and machines that augment the body internally. These can range from nervous and circulatory system enhancements that keep their bodies running smoothly to eye implants that allow them to correct vision defects and see virtual objects overlayed in the real world. While larger scale skeletal and muscular implants to exist, this article will be more concerned with cell sized machine implants.

Machines that interfact with individual cells are obviously quite small, at the micrometer scale or smaller in some cases. Artificial cells have to be tailored to the type of cell and in the case of neurons, have to be individually tailored for each individual cell that gets replaced. Augmentive implants do not need to be tailored to individual cells but are still created for each type of cell.
Materials include titanium alloys and different types of carbon, especially diamond and graphene. Powered cells rely on sugar molecules naturally passed around the body to use as energy.

((All of these will have a main article at some point in the future...)

Uses artificial sponges that resemble Astrocytes in size and structure. Injected into the Visual Cortex and Broca area. Assists with understanding language.

Long graphene rods that are injected in the Retina. Used to correct colored vision defects and allows users to see colors they normally could never see. This technology is so effective that the Vusinor adapted it to their own technology, despite being thousands of years more advanced than the Regalti.

A Bit more invasive than Rainbow Implants. This procedure places an entire sheet of rods at the back of the retina. It does not interfere with normal vision, but it will interface with surrounding electronics to create artificial images as overlays in the user's real vision.

Uses artificial sponges that resemble Astrocytes in size and structure. Injected at regular intervals throughout the user's brain. When used with specifically design headsets, it will put the brain into a sleep-like state, then transport the user to a virtual world. Regalti use this for faster learning, but also video games!

Regalti change their skin color involuntarily based on their body temperature and their emotional state, similar to but more complicated than that of a chameleon. This change in color occurs throughout their entire bodies and is rather uniform in its appearance.
Through electrical stimulation by micrometer scale implants on the skin and interfacing with implants in the brain or a separate computer, a Regalti can voluntarily change their skin to whatever they please. Some will mimic animals and have stripes and spots on their skin. Others working for various corporations, running a booth during a festival, individuals who can't speak, or just because, can put entire still images and letters on their skin.

Must be custom made for each and every single individual neuron that gets replaced due to the vast differences in size, length, and function of each individual neuron. Because of this, artificial neurons can range from just under a micrometer in length in the brain, to more than a meter in length in the spinal chord. No function is lost in neurons made specifically to interface with muscles. In the brain, synaptic connections are only about 25% or less of normal neuron function, only having 1700 connections instead of over 7000.
Artificial neurons have limited memory storing capacity and can greatly slow the effects of age related brain disorders or assisting with brain damaged individuals. Unlike real neurons that can live almost indefinitely unless damaged or killed, artificial neurons have a lifespan of only a few years and must be replaced at regular intervals.

These tiny, disc shaped machines perform the same function as Red Blood Cells in Regalti, and will also assist the kidneys in filtering toxins out of the bloodstream. These disks measure around 10 micrometers across and have three separate chambers that open under specific criteria to accept and reject specific gases. One chamber will accept only Oxygen molecules. One will accept only Carbon dioxide. The last will accept everything else, mostly nitrogen, but also more dangerous elements.
In performing the same function as red blood cells, Artificial blood cells will pick up oxygen in the lungs. They can stretch and squeeze like regular blood cells and will release oxygen as they squeeze through the tiny capillaries, then pick up carbon dioxide as they go back to their original shape. Then when they reach the lungs they will dump their carbon dioxide and pick up a fresh oxygen supply.
The chamber containing dangerous substances will never empty. When an artificial cell is full, it will release a chemical when it reaches the kidney, and then be excreted within a few days. Regalti in need of artificial blood will need to be reinjected with new ones every few months but a full blood transfusion isn't required anymore.

Generally made to mimic white blood cells such as neutrophils and monocytes. These machines are similar in structure to artificial red blood cells. The difference is that they have a single chamber that can absorb pathogens of various types. Each one is pre-programmed to only accept certain sets of protein molecules, each set being for a specific pathogen. When it senses such a molecule, it will break apart and absorb matter until it is either full or no longer senses the threat.
More expensive versions are filled with antibodies to release when it senses the specific protein, assisting the body's natural immune defenses. Even more expensive versions are able to secrete enzymes and squeeze between cells like natural white blood cells.
When an artificial immune cell is full, it will do the same thing as an artificial red blood cell. It will release a chemical when it reaches the kidney, and then be excreted in a few days.
While artificial immune cells are excellent for neutralizing existing or potential threats to the Regalti body, it should be noted that they only exist in the body for up to a year before they break apart. Another issue is that because this is a system independent of the body, the immune system never actually learns how to deal with its own threats and never learns how to make antibodies o deal with these threats. Because of this, vaccines are always the preferred method of dealing with pathogenic outbreaks.
Artificial immune cells will delay the inevitable until a vaccine is developed, but are also excellent for use in immune-compromised individuals who will never develop natural antibodies to deal with pathogens. 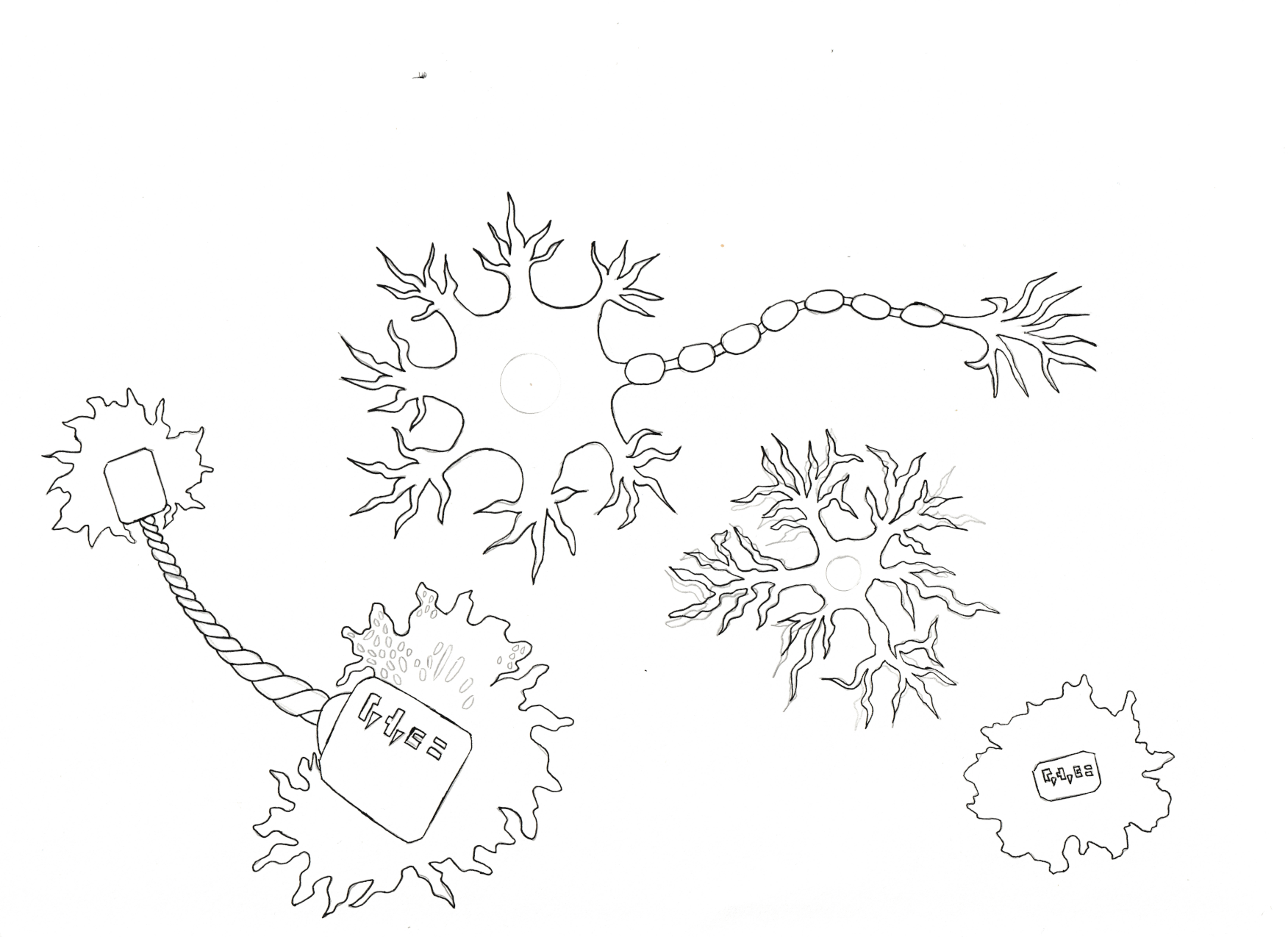