In the southwestern jungles, a plant known as 'Rageleaf' grows that has troubling effects leading to chronic rage, propensity to cannibalism, and a heightened desire for violence.   Those affected are known to the world as Rageleaf Cannibals.

"I'm not sure how I feel about this adventure. Sure, these untamed wilds are beautiful, but eerie. I'm not even concerned about the fauna. That I can deal with. It's the landscape itself that worries me so."
— Johnathan L. Moroe

On first glance, the flora seems less hostile and actually inviting and beneficial. A pleasant fragrance emits into the air akin to jasmine, and at the meeting point of the fern like leaves is a small bulb that, when opened, appears like a crimson red, peeled plum with veins mapping the surface. It even tastes extremely similar to the fruit, and is said to be quite nourishing.   The real problem comes in the parasites that often inhabit the plant, extremely small and very difficult to make out to the untrained eye, appearing often like little black specks which could be mistaken for seeds.

Eating the fruit allows the parasite to enter the body and infect. One bite of the fruit is not enough to truly upset as the body's natural defense will react and neutralize the offensive bacteria. However, like with any other fruit, taking one bite and discarding the rest, especially for a lost wanderer in the jungle desperate for food, is never heard of.   Usually eating one or two complete portions of the fruit is enough overcome the body's natural defenses and to move on to the next phase.

"Well, it's day eight out here and we've already run into a problem. Tiller, our cook, is having to frequently pause to vomit...probably something in the water. Because of this, meals have been peckish to fleeting, and we've resorted to living off of the land. At least the birds are delicious...when you can catch them."
— Johnathan Moroe

"Things are worse than we thought. Tiller went mad in the night and bit out the throat of one of our guards. We had to put him down. Morale is low and most people are getting sick, myself included. It feels like the trees are out to get us.   We heard shambling during one of our camps and found these twisted monstrosity. Dwarves, Elves, and Humans, only in minor traits...but warped to something worse. They were clearly not of sane mind and could not be reasoned with. What's worse is I can feel something changing in me. Just the other day I scratched at my arm until a handful sized chunk of meat fell free. I am ashamed to admit it, but while I felt disgust, which is only natural...I also felt an intense hunger. Even though that came off of me, I salivated...I wanted to devour it ravenously.   I don't know what's happening to me. I just hope we get out of here soon."
— John

Slight shakes and sweats occur as the body attempts to expunge the parasite, and may be enough if a small amount of the fruit has been consumed. However, as previously mentioned, due to the alluring and nourishing nature of the fruit, it's rare a small amount consumed. The body will then begin to vomit or violently excrete however possible to attempt a more aggressive purge, but rarely is this successful. The nature of this expulsion results in the natural reaction of needing to replenish nourishment, which is encouraged in one of two ways: Either eating more Rageleaf fruit, or by consuming humanoid flesh, which will now begin to smell like a delicious cooked steak. The more time passes, the less consuming Rageleaf fruit is an option.   Special note: Others who are affected by the Rageleaf fruit do not have this special smell. Instead, the smell from these individuals is either neutral or mildly unpleasant.   Speech begins to slur at this point and most thought is geared towards consumption and is less focused, often displaying a more scattered and hectic reasoning. Personal care also begins to fade, as thoughts of hygiene and self preservation are traded in for a stronger desire to consume. Gums will begin to bleed, and while not enough to truly impair or inflict harm, it does create a bloody-teeth visual effect. The eyes will begin to slowly redden until appearing as completely crimson stones inside of the eyesocket, which signifies full infection.   By this point the parasite has reached the brain and is near impossible to treat.

During the expulsion stage or before, detoxing can slow or even cure the victim. Drinking boiling water, or another extremely hot substance, while dangerous and painful, may be a better alternative than letting the person submit to full infection, and could kill the parasites.   Divine magic/restoration can also cure the subject up to and including this stage, but once it reaches the brain, stronger spells will be required.   If a body is trained to handle poison, not only will it find it an easier time to resist the parasites, but drinking a non-lethal dose of poison could also help, however, because of the dosage size required, previous poison tolerance would be necessary.

The victim will be compelled to feast on humanoid flesh as other food sources will feel unwholesome or have a repulsive taste. Digestion of this meat will slow down, allowing one source to feed one infected for a minimum of one month. The body can also tolerate eating rotten or rotting humanoid meat, but strongly prefers it as fresh as possible. This is why, even if one corpse is still viable for consumption, it will be quickly abandoned if fresh prey enters the vicinity.   If the victim does not eat for three or so months, they will eventually die and the parasites within as well, making the meat viable for any surrounding infected who will quickly cannibalize the corpse.

"Not sure what happen. So itchy. So hungry. Jumped and bit man. Tasty. Ran into forest. Scared..."
— J

What meat is left on the infected corpses, cannibalized or otherwise, often contains parasites or parasitic remains, which will feed the soil and work its way into new Rageleaf plants.

Only humanoids are affected. Animals, although they do not favor the fruit for consumption, cannot contract the parasite.

There are experimental medications for Rageleaf Madness, but it has only a 60% success rate. Organizations like The Sacred Flask are reported as working on more reliable medication and even a vaccine for the parasite, while other businesses, such as Toxins & Tinctures Apothecary are looking to weaponize it. 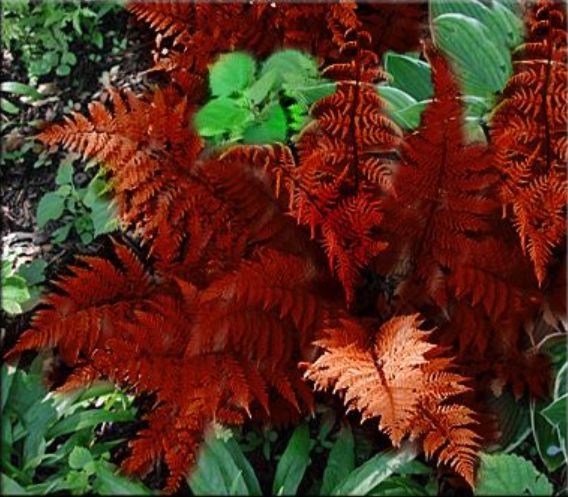 A red Rageleaf plant in the jungle. 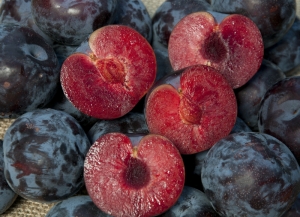 Rageleaf fruit located in the center of the fern like foliage 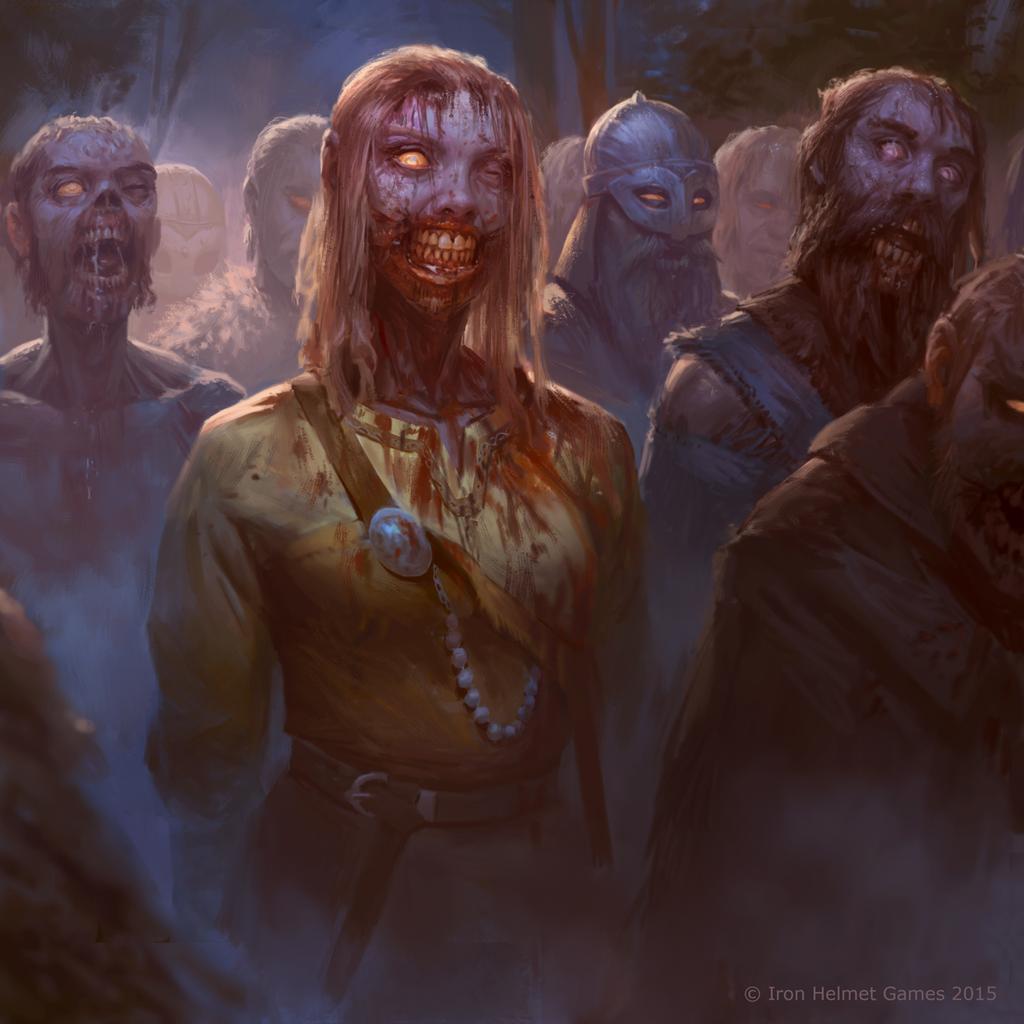 This is like an example of rage zombies and I love it. It's unique in many ways and I find it horrifying. Excellent work. I'd love to see a quote from the perspective of the infected as they progress to the later stages. what does being compelled to cannabalize feel like? Ooof.

A great idea and one I certainly should implement. Thank you for the inspiration. I will work it in in the coming week and notify you when done.

Oooooo I love it! Well done my friend. I like the last quote too. It's spooky yet numerous in a way.

Tis a fun nod and an easter egg to a favored franchise. Thank you for your support. I feel more confident about the article given your advice and its completion.

No problem at all! Keep up the great work.