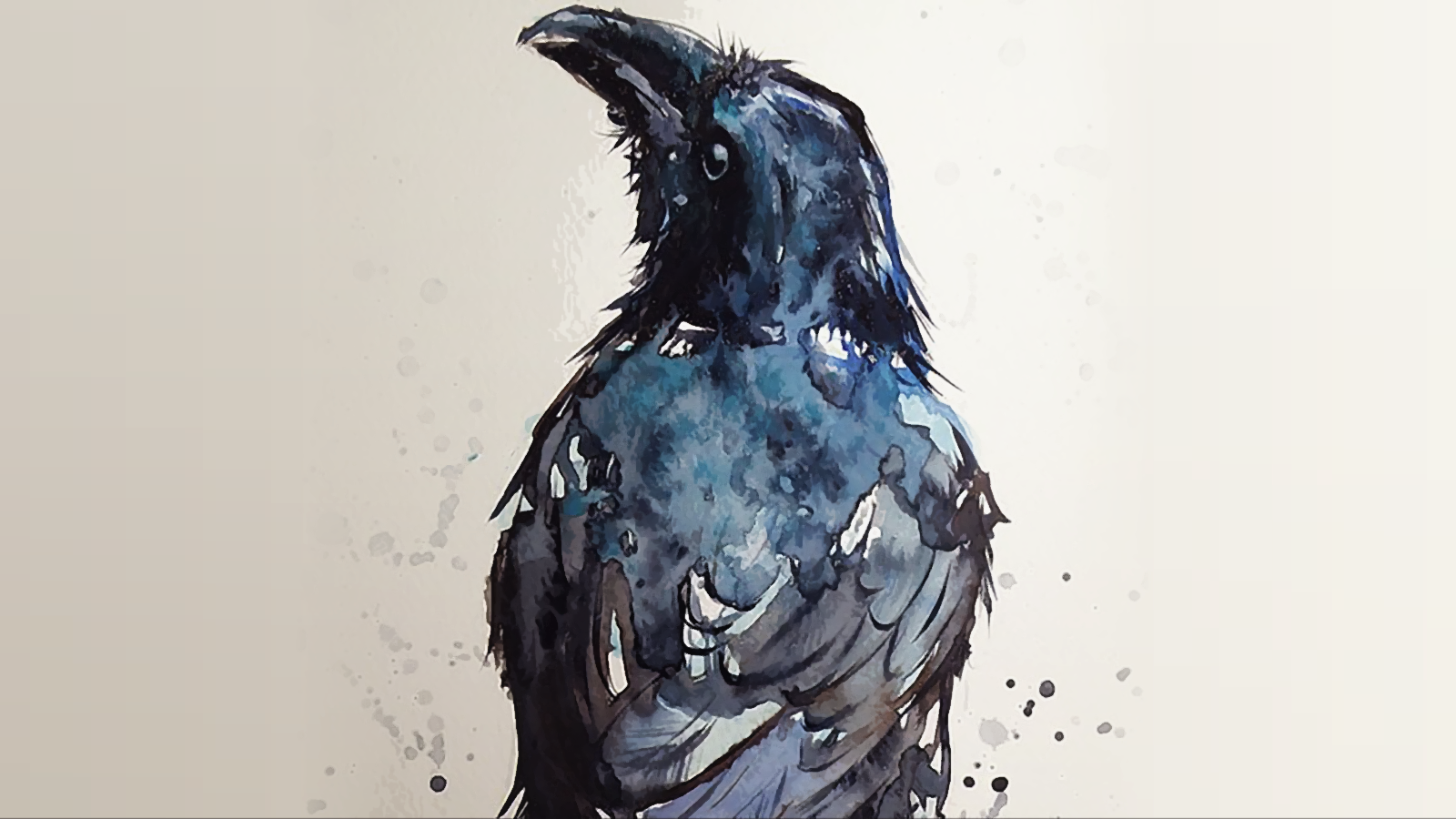 I have seen much of this world with my own eyes, my journeys have spawned new beliefs and proved existing ones wrong. There's one that I've never been able to shake. I spent the night at an inn in this little village on the road to Dawnstone, the sun was setting, and from my room's window across the road I saw a raven land on the windowsill of the house opposite. It pecked on the window once, turned and I swear it looked straight at me with its little beady black eyes and then flew off. The next morning, I found that the old man who lived in that house had died overnight. It is hard not to believe after an experience like that.
— Hajar Stoutsong, famous Dwarf adventurer

Ravens are typically around 2ft in size or slightly smaller with a wingspan of 4-5ft. They will usually weigh between 2 and 4lbs. Ravens are iconic for their black plumage and piercing gaze. There is very little difference between a raven and a crow, however. The crow is generally considered to be smaller.

The Goddess of Death

The Goddess of Death is known in the mortal world as The Raven Queen and as such, a lot of superstitions related to death are tied to this bird.
The symbol of the raven is used all across temples and artefacts dedicated to the Raven Queen. However, her personal connection to Lathander, the God of Life (see: The Tale of Lathander & The Raven Queen), has given the raven species, and symbol, a kind of duality in its usage. Whilst nowhere near as common, the raven is sometimes also used within Lathander's temples too.   Those who are inclined towards a druid style of life or are just close to nature, such as Elves and the Wildfolk, are also hold these supersitions particularly strongly.

The superstitions involving ravens are occasionally made infinitely more believable due to occasions of their appearances at major events throughout history. Most notably was when an entire flock of ravens landed just in front of the forces of light in the morning of the Battle of the Ancestral Tree and they flew towards Vaedrin's undead hordes. The generals took this as a sign and immediately sent the call to initiate the battle. It is a commonly held belief that this event was a direct interference made by the Raven Queen herself, who was so angered by the collection of undead entities at the tree which is is rumoured to have been Lathander's parting gift to her.   Other occasions include the apparent sighting of a raven landing on the edge of the roof of Dawnstone Palace as the sun set on the evening, the morning after which The Orphan King, Hather Lothrun was found dead, having passed away in his sleep due to old age. A raven sighting has been rumoured to have been made either the night before, or on the day of the death of each subsequent human monarch, though the legitimacy of these claims is debatable.
Rarity Uncommon

Ah, the raven! Nice take on a classical mythological animal. I especially like the header image and the specificity in the events you detailed.

This is a great, well-written article that gives us a look into the perception of your local raven attitudes. Great work!

A lovely and well articulated article. I also like the militaristic view of superstition added to the functionality of the raven that is not normally scene in mythology.