I didn't even ask him to jump off the cliff, he just did it.
— Anonymous Researcher

Once a brilliant researcher, now an army of moronic clones— lemmings are used widely throughout the ACF as human guinea pigs. 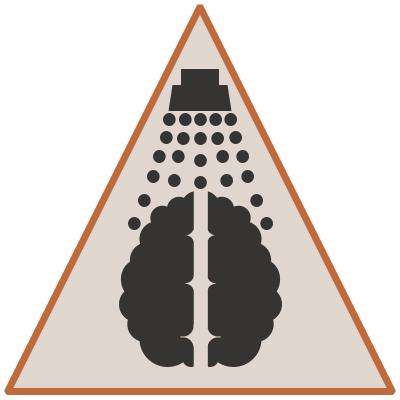 Long story short, the once brilliant Dr. L slipped on banana peel and died. Thankfully, he was wearing his lucky socks when he did— which were gifted to him by a past lover who had found them buried in an ancient Antartic ruin. Puzzlingly, these pink, fuzzy garments were placed over a tightly-wrapped mummy— yet remained in pristine condition. Suspecting a co-worker had placed them there, Dr. L's former partner simply laughed, removed the socks, and kept them as a keepsake. Apparently— as Dr. L discovered shortly after his tragic and not-at-all-funny demise— the socks were an anomaly. An anomaly, to his surprise and horror, which clones the wearer upon death.   In his excitement, he began to perform numerous experiements with himself as the test subject— unfortunately for him, each time he died he came back with reduced mental faculties. This, even more unfortunately, did not help the situation— as before long he lacked the foresight to stop his experiments. Other researchers soon noticed the growing problem— namely, after Dr. L lost the intelligence required to hide his experiements and attempted to sweep his own dead bodies under the rug— literally, in the breakroom. Soon, other researchers were utilizing the cloned Dr. L's in their experiments as test subjects— as they were all too easy to coerce into doing so.

Convinced with a free Agnew Sr.'s meal, a group of 100 Lemmings were lead by a rogue anomaly to aid in its escape.   Thankfully, the Lemmings were so incompetent, that several had asked other personnel for help in the escape attempt.   As a result, higher-ups were immediately notified of the situation.   The attempt was cut short by containment personnel simply giving them fake coupons.

Do I still get that free burger?
— Guilty Lemming

So, if I step in front of this potentially deadly laser, you'll give me 5$? I'm in.
— A deceased clone

Their easily fooled nature lead to the nickname "Lemmings." It didn't take long for word to reach the ACF's higher-ups, who were all too glad to formally establish the Lemmings department in order to supply guinea pigs to the rest of the ACF. Human test subjects are obscenely expensive, after all.

The Lemmings posses little of Dr. L's former personality, including a love for experimentation and aiding others in their own pursuits. However, they do not remember Dr. L, his past, or anything else he used to love. They do, however, retain basic knowledge of the world— just enough to make them valuable in psychological experiments. Thankfully, the cloned lemmings never remember how they died— making it easy to repeat and tweak experiments as necessary.

Experiment #██
Date: 1/10/████
Subject: Lemming
Description: Lemming was presented with A-████.
Notes: Do not allow any Lemmings to come into contact with A-████ going forward.
"All I need to do is touch this ominious floating orb?"   -Lemming reaches out, and places his palm on A-████.   "Oh god...oh god, I used to be...I shouldn't be..."   -Lemming goes quiet, staring into the distance.   "A banana peel?!?!"   -End Log-

Oh dear...I think I might have met a few of these. There was a group in my college microbiology class that kept deliberately setting one another on fire with the bunsen burners. Would finally explain EVERYTHING.

Agnew Sr's for everyone!

Ow, what a tragic story - and still, I can't help chuckling at the description of how the clones' intelligence went down. ^^ Yep, that sounds like a useful asset to have.

I'm seeing more scp inspiration here and I love it . Gotta have your test subjects for sure. The story is definitely horrifying. Poor dr. L. I couldnt imagine getting less smart upon every cloning. Oof. I still laughed several times tho. I love how this setting does horror and humor so well.

Haha, yeah the WIP title for this article was "D-Class Equivalent" since that's what they are.   Thank you! I'm glad the balance works well.