Everyone I know is either dead, bankrupt, humiliated, or horribly injured. You know, the last person who had your job ran into a comically realistic painting of a tunnel on her way home one day and has been trapped there ever since. I spent a week afterwards hunting down the culprit— caught some rabid coyote with a paintbrush in its mouth. The blasted thing painted a door on the wall of its containment cell and hasn't been seen since!   Anyway, where was I? Right— point is— don't ask too many questions about me.
— Bin Folks, Administrator

Bin Folks is the administrator of the Anomalous Containment Foundation, overseeing the foundation's various day to day operations, including; funding, managing, hiring, and the occasional— personal— hunting down of various anomalies. He is a man driven largely by vengeance, and his vengeful pursuits have been both a boon and bane for the ACF. 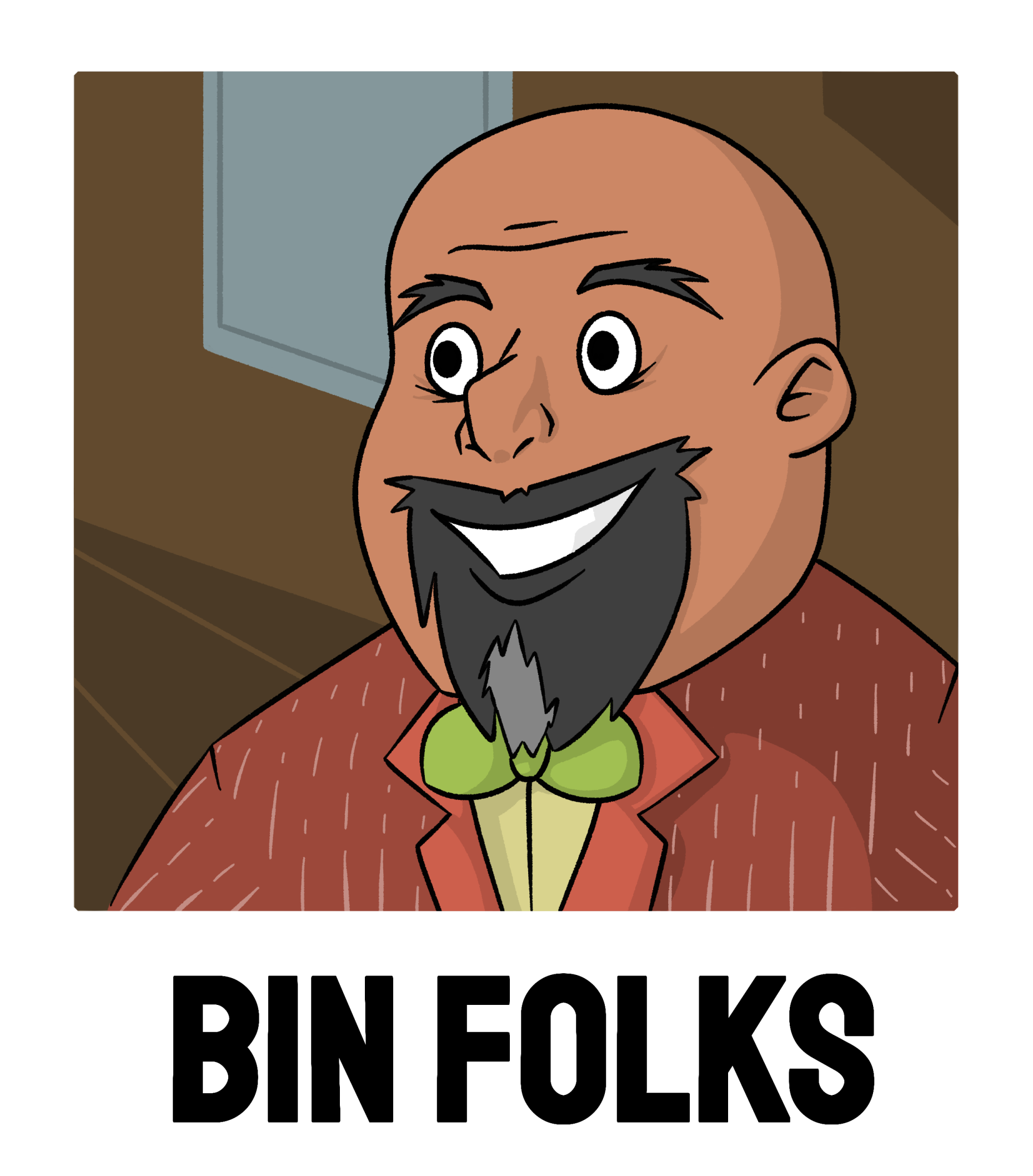 The Folks family has been afflicted by a curse for generations— after the ACF's founder, Jim Folks, had walked repeatedly beneath an anomalous ladder along his way to school each day as a youth.   In fact, the young boy thought it to be a game, and was noted by his mother (who later died under the hooves of a sentient rocking horse) to chant "I'm Jim Folks, I'm so tiny, if bad luck is real— curse me and my whole fam-i-ly!" Starting with Jim himself, all subsequent Folks have been cursed— to find everyone around them cursed.   Those that get close to any of the Folks gain a supernatural magnetism to anomalies. This results, most commonly, in inconvenience, bankruptcy, humiliation, injury, death, or worse. 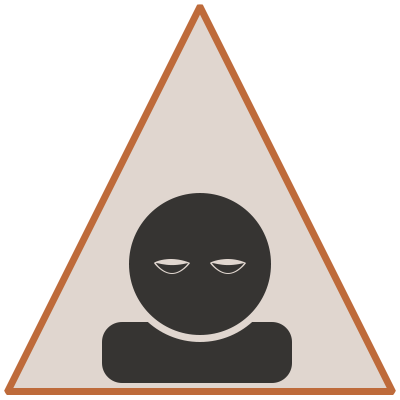 It would appear that I am the fourth in a line of dead, maimed, or missing personnel to interview Mr. Folks. My predecessors have met their ends in different periods of their interviews with the administrator, leaving this document with a wealth of contradicting information. It is my belief that Mr. Folks has intentionally obfuscated his past to avoid the effects of his family curse.   Rather than interview Mr. Folks about his history, getting close to him and subsequently afflicted by his curse, I will instead include the collective results of the previous interviews below alongside well known information. I urge personnel who come across this document to interpret this information as they see fit. Just don't tell Mr. Folks, please, I need this job.
Bin Folks was born in New Mexico, to a Bohn and ████████████ Folks in the year ████. Bin's childhood was frequently uprooted by various anomalies, as a result of his curse. Most notably was the "whale incident," in which, a young Bin was swallowed whole by an anomalous whale that insisted he had gone to warn the wrong city of god's wrath. Bin then spent the next three months inside the whale, before finally apologizing and agreeing to venture towards the city made entirely of candy. And then he parted the sea, and said to all who would listen "this interview should be over by now, oh my god, how are you this gullible?" The interview was put on hold, and never completed, after the interviewer found an anomalous gateway to another dimension within their glovebox. They killed themselves trying to fit inside, in pursuit of a Turkish delight offered to them by an anomaly within said dimension.   Bin Folks. The name sent fear into the hearts of all of New Mexico, and a particularly observant part of Kyoto. The lone gunman. It was said that he never needed to fire a single bullet— really stretching the definition of "gunman"— as his enemies simply met terrible fates the moment they earned his ire. A ridiculous notion, frankly— who would believe— The interview ends here, as the interviewer was choked to death by an anomalous neck tie they had mistakenly adorned that morning.

No man knows my history. Including myself.
— Bin Folks, Administrator, trying to dodge an interview 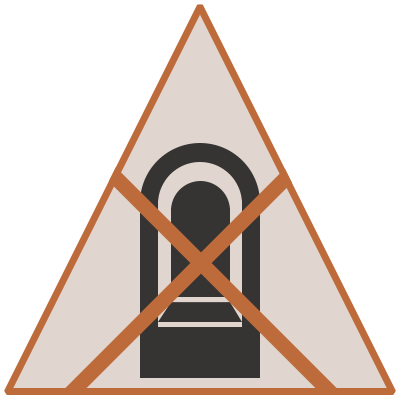 Bin would spend much of his days in isolation, in fear of the curse that afflicted him. It was only when he met a friendly fairy in the forbidden woods, that he started to venture out into the world once more. Together they would find a talking and not at all irritating baby squirrel and raise it as their own.   The fairy would later justify his previous fears by "leaving me in a world without sunshine." Bin and the squirrel would then travel the world in search of the holy grail, until Bin's father died at the "pathetic, withered, snake-like" hands of bigfoot. After this, Bin would take up his father's mantle as the administrator of the ACF. Interview ends here, as the interviewer was trapped in a painted tunnel that evening.   In the following years, Bin would work to increase both the size and strength of the ACF— and ensure that no anomaly could hurt anyone ever again. Occasionally, he would leave his post to hunt down an anomaly that had hurt someone close to him, causing many a panic, and mess to cover-up for the ACF.   All this, until running into the unfortunate and cosmic truth that "things cost money." Radical changes to the ACF began shortly after this, such as the adoption of corporate sponsors, and the creation of the APRA initiative.

Bin Folks is a jovial, angry man. How he can be both at the same time is considered something of an anomaly itself. Bin possesses a deep-seated hatred for living anomalies— and a shallow-seated hatred for non-living anomalies. Despite this, he acknowledges the necessity of their usage in certain ACF operations. When he isn't out seeking revenge, he can make an effective leader— though he can be stubborn and believe himself to be right when he is not. This attitude has lead him to underestimate various threats on numerous occasions, such as the Halloween 2020 incident. Off work, he is a particularly large fan of discogolf, and is a key player on the ACF's IDGAF team.

Throughout his life, Bin's curse has struck time and time again— hurting any who get close to him. In many of these cases, Bin has personally hunted down the responsible anomaly as revenge. His office and home are both gaudily decorated with trophies from his victories.

A recent incident having begun early in his life, Bin staged an entire gala with the "Womanana" as a guest performer, in order to lure out the dreaded Manana. The anomaly had, in Bin's childhood, killed a close friend of his while they were playing in the woods.

In his early teens, Bin had fallen in love for the first time— with a girl who loved horses more than she would ever care for him. Unfortunately for all parties involved, an anomaly would cause the famed Genghis Khan to spontaneously travel to the future— right where the girl was standing.

Bin's grandmother would escape her retirement home in a daze one night, alongside the facility's other aged residents. Together, they would stack atop one another to form a human statue that looked a lot like the visage of former United States president Ronald Reagan.

We'll wrap it up as gaudy political advertising. Bin, do not dig up Reagan's grave to make sure he didn't do it.
— Tired Jim

Haha I love the different bits of backstory that are obviously lies. I laughed a few times whilst reading this. LOVE the portrait too. :D

Thank you! They were fun to write!

Oh god, the family curse is hilarious! I also love the portrait too, fantastic work :D

Thank you! I've been writing instances of the curse striking throughout APRA's lifespan so it's been nice to firmly write out that there's been a reason.

HA! a coyote!? that made me laugh... Well alot of this made me laugh. The backstory of the family curse did, the squirrel, and of course, who couldn't laugh at a mention of the mananas. well done. I also like the artwork here. I know i say it evertime, but the aesthetic of the world is just awesome.

Thanks! Glad the coyote gag got you, along with others!

Yes indeed. Also sorry for forgetting to like XD I th ok right I did

This was so great! Such a fun read about an unlikeable, yet somewhat magnetic individual.   I am really intrigued though, how do the folk family manage to have children? :O

Sheer luck/pairing with people who have other anomalous curses and properties that help them last longer.

I was really looking forward to this character's article :D Nicely done!

As was I! Glad it was worth the wait!