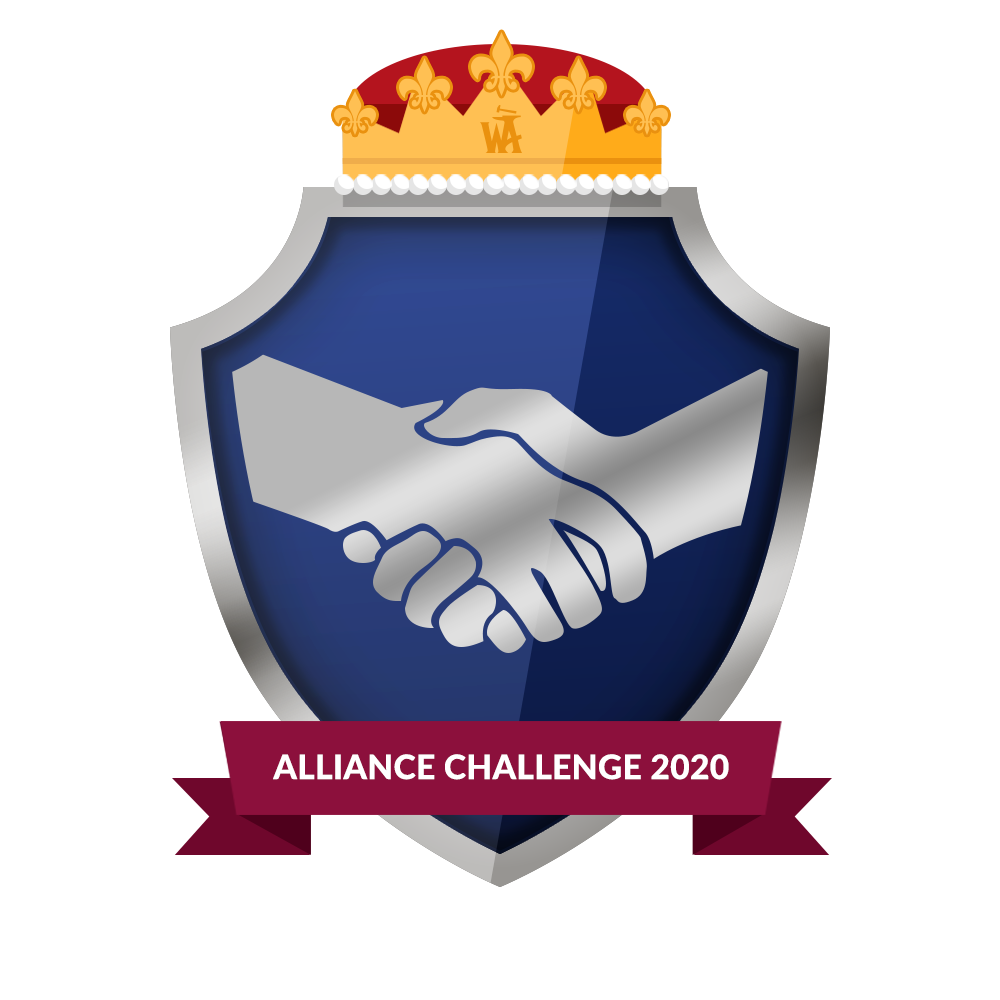 "Where are you going?"   "IDGAF."   "Bin you have to take these things seriously."   "There is nothing I take more seriously than discogolf, Ash."
— Bin Folks, to Ash Ngo

The International Discogolf Associates Foundation (IDGAF for short) is an organization dedicated to the facilitation and management of discogolf tournaments. Local and government-backed teams alike are allowed to participate. Many across the world tune in to watch their tournaments, making the IDGAF a multi-billion-dollar organization.

Bin, you need to pull out of the tournament— the IDGAF is dangerous! We can't afford to lose any of those personnel!
— Scared Jim

Nothing is getting between me and a good round of discogolf— I'll see you at the next game!
— Bin Folks, Administrator 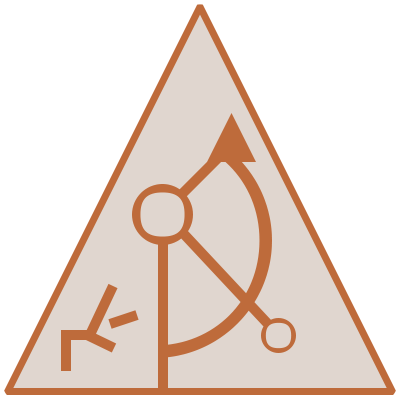 The IDGAF is run by a thirteen-member board, and a director. The director is chosen, simply, by surviving a hit to the head with a ceremonial disco golf club. In these instances, the club wraps itself around the director's head like a halo— clearly denoting their appointment as director.   The director and the board oversee management of the IDGAF's funds, contact governments and notable organizations to found teams, oversee marketing and broadcasting, and reserve venues for tournaments. The IDGAF has secured multi-billion-dollar sponsorships over the years, gaining funds from governments and corporations such as Malaysia, Agnew Sr.'s, and even solitary billionaires.

The fall of the wall

One of the most famous results of a discogolf game was the reunification of East and West Germany.   A team from Russia faced off against a West German team, in a game that nearly ended in a tie before the West German team was able to get in a final goal.   The Berlin Wall was then beaten down with discogolf clubs.

IDGAF procures venues for their games in order of significance— a local college game may only be played on a small local venue, while larger games such as the bi-bi-bi-yearly international tournament— which billions across the world tune in to enjoy— often have multi-million dollar arenas constructed for their arrivals. One such arena is the famous Dubai Discotower— which burned down five years ago in an unfortunate birthday cake incident.   Teams are organized into a bracket, first organized by proximity starting at the city level, then county, state/province, country, and finally— international. Most teams never make it beyond the first tier, and those who are unable to graduate to the third— are never heard from again. Not because the IDGAF does anything to them, but simply because they are ashamed. At the higher end of the bracket, countries and corporations typically face off against one another— some even settle disputes via discogolf games. While local teams can technically make it to the international tournament— a series of accidents and mishaps typically takes them out of the running beforehand. A few have, in the past, reached the internationals— most famously the Houston Hounds, who's team was entirely comprised of dogs.

Whaddya know, there really is no rule that says dogs can't play discogolf.
— A baffled referee

We hear you have a few discogolf enthusiasts! Why not put their skills to use and create an official IDGAF team?
— Hideo Takahashi, IDGAF Team Coordinator

I don't know how the hell you got this email, this is supposed to be classified! But! I do love a good round of discogolf— we'll be in touch.
— Bin Folks, Administrator 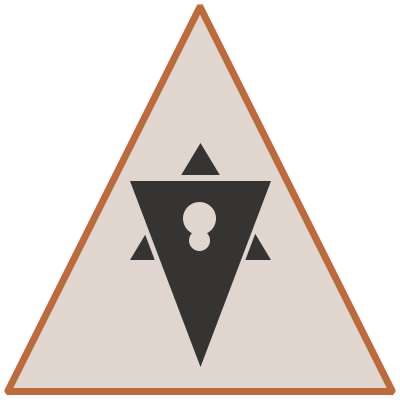 IDGAF teams typically have 3-26 players, depending on their style of play. Schools, corporations, churches, governments, and clandestine organizations alike set up their own teams who practice every Wednesday evening at 7PM. (This is a hard-set rule, any teams found practicing at different times are banned from the IDGAF.)   Each team has an IDGAF-appointed parent, who provides advice, support, and snacks. The ACF's own team was only established five years ago, after a mysterious email ended up in Bin's inbox. The team— named the Undercover Agents and is comprised of Bin, and a few close co-workers.   Other notable teams are the Hoboken Honkers— who's players are all trained rodeo clowns, the United States Eagles— who's players include retired presidents and a genetically engineered super-discogolfer, the France Fleurs— whose players would all rather be doing something else, The Manila Folders— whose names and faces are all classified, the Tiélé Tigers— who play each game tied together, and the Amazon Amazonians— who are most certainly sentient trees out for revenge wearing human skin.

The IDGAF, in truth, is run by a mad cult— who are trying to find the world's best discogolfer. They believe that whoever wins the next international tournament is the prophecized reincarnation of the great hero who originally invented the sport. They believe that, once found, the reincarnated hero will lead them into the end of days— cleaving the world in two with a single swing of their legendary club.   To this end, they select and sacrifice some of the best players throughout the world— whisking them away in the chaos of celebration following their victories. No award awaits the cult, however, and they know this fully— honestly, none of them have any idea why they are trying so hard only to die in the end.

The ceremonial club used to appoint the IDGAF director had once, in fact, belonged to the legendary hero themselves— cultists have handed it down for generations, ensuring that when the hero finally returns, they will have their trusty tool ready.   The club itself is made of gold, and is stained in large patched with what the cult believes is the hero's blood— but is, in fact, simply spilled juice. The perpetrator for the juice-incident likely made up the bloodstain theory to get away scot-free.
Other Organizations

I am glad I am out of your league! This article is awesome! Reminders me of my first and last disc golf experience!

Haha, thanks! Plenty of good stuff coming out of both leagues!

I love this article. Quite a hilarious read, as always!   I love discogolf too. It feels like Calvinball, except with very strict rules.   What happens if a team cancels practice one weem? Is that against the rules?

Thank you!   You don't want to know what happens to them.

This is amazing. I laughed at many points whilst reading. :)

Thanks! Legally I am not responsible for busted guts.

There were so many small points that had me chuckling or repeating them aloud, just because they were so amusing. The name itself is probably the best thing. As one who has trouble writing humor, this was really well done and an incredible joy to read.   There are too many gems to quote a favorite. XD

Thank you! Glad it got a laugh or five out of you, no refunds.

Damn. I was just about to ask where I should drop off the refund request and when I could expect it. :3

I am not sure how many emotions I really went through reading this article. It's extremely impressive, and a lot of love both in art and writing went into this.   Like, I was smiling the whole time watching this, and I'm partially wondering if somehow you made this from defining the IDGAF acronym first?   (I really loved the alt history bit of the Berlin Wall falling because of this organization. Just great stuff!)   Well done TImepool.

What, you think I'd make an entire article based on a single joke? In APRA? Never! (I did, the opening quote was the joke that spawned it though! I was talking with someone about the worst possible idea I could go with for the challenge...and then it was too good to not use.) Discogolf was already a thing in APRA though, so the joke of "lol how about a discogolf association?" lead to the acronym.   Thank you for the kind words!

LOL at "The Manila Folders."

Probably my fav of the team names

Ah, so that's how the Berlin Wall fell! Good to know the truth at last. ^^ Great article with lots of fun details - I especially like the descriptions of the notable teams and everything surrounding the legendary club.

Thanks! Yeah, it's taken too long but the truth is finally out!