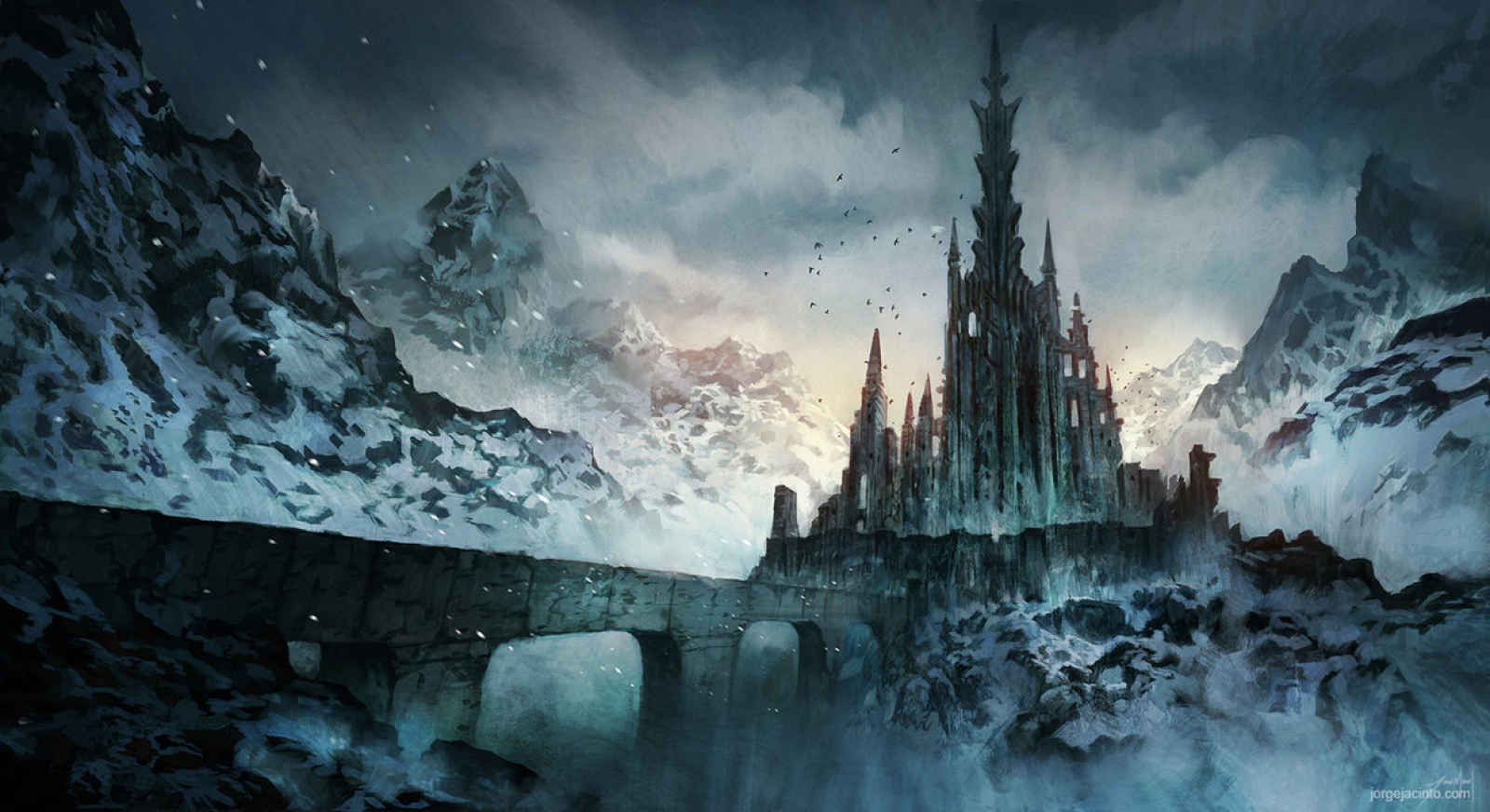 To Iron We Came, With Iron We Kill, From Iron We Fall

The Long Walk is a ritual performed by those nearing a venerable age, reserved for those that have proven themselves in battle or those born of nobility. When a Jaesi reaches a certain age, and before they become geriatric, they are given a choice to undergo The Long Walk. On their honor, they are sent from the Empire. They choose which direction they wish to go; west, north, or south. Once they have decided, set out in search of The True Death. The Jaesi believe that unless a warrior falls in battle, their soul will seek war in the afterlife, looking for a worthy opponent that will finally give them rest.   While on The Long Walk, the Jaesi will carry the standard of their house and challenge all opponents they deem worthy. This will usually be knights or warriors of some repute. Should they survive, they will continue until such a time where they are defeated in combat or sickness and disease take them, but in this case The True Death is not found. They are not allowed to lodge within towns or settlements and they are forbidden from asking for aid. They must hunt their own food and bandage their own wounds, which are typically taken from the fallen.   They carry a letter on their person at all times, written to their family in the Empire, claiming success in their search for The True Death. It is usually agreed upon before a dual that, should the Jaesi fall, the victor will send the letter back to their home, on their honor. The longest recorded Walk was just shy of four years, by the legendary general Jihketh Mahruuk who was the progenitor of this tradition, around 197 A.C. 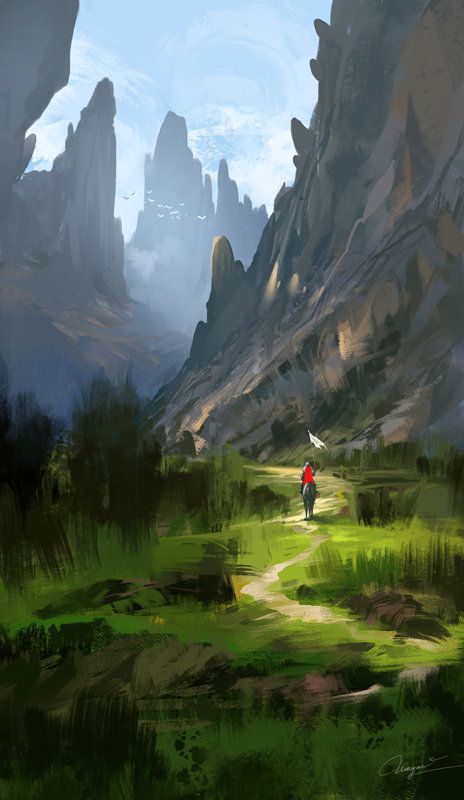 The Long Walk is a relatively new tradition for the Jaesi. Around the year 197 A.C., a general by the name of Jihketh Mahruuk, a proven combat veteran, was beginning to feel his old age creeping up on him. As a young man he always dreamed of dying on the field of battle with his men but having bested every challenger that opposed him, he felt robbed from his wishes. He knew the time of the Lahkdeth was nearing, but his pride and ego refused such an anticlimactic end. Coming up with a solution, he petitioned the then Emperor, Mared Cuhron, to allow him one final request before his death. Agreeing to hear his idea, Jihketh suggested that he travel west to seek out a worthy adversary. This would allow him to seek The True Death and bring honor to his household. Liking the idea, he allowed Jihketh this final wish. As he walked to the western gates, he was greeted by thousands of Jaesi cheering his name. Even the Emperor and his royal retinue greeted him at the gates. This is where the Emperor gave him a letter, signed by his own hand, that if Jihketh were to find a worthy opponent, that on that man's honor, he send the letter back to the Empire to give word of Jihketh's death and glory.   For years nothing was heard, and there were whispers that Jihketh had abandoned his mission, tucked tail, and ran. This was met with outright violence by the Mahruuk household, having slain several members of rival homes in the streets. This turned into a great blood feud between House Mahruuk and House Dorvel, where the members and their combatants waged an all-out war in the streets of Heimland. The main battleground was the main merchant road, afterward declared as The Red Road and the old name lost to the ages. This was stopped eventually by the military intervening, and both houses being punished with exorbitant fines and humiliation by the Emperor. The houses lost favor, but only for a time, as both were major players in the political arena.   After four years, a man approached the gates of Heimland on horseback. He was wearing embroidered plate armor and identified himself as Ser Reinhald von Erhard and he had a letter addressed to Emperor Cuhron. After being disarmed and vetted by the local garrison, he was escorted to the Citadel, where he was greeted by an adviser. The knight handed the adviser a rolled piece of parchment. It was an old and stained, weathered by time and blood. After reading the letter, the adviser's eyes widened in shock and he ushered the knight inside. The adviser gave the letter to Emperor Cuhron and it was just the same as he had given to Jihketh some years ago.   The Emperor was curious as to why the knight had come personally instead of sending the letter by way of bird. The knight replied that he had great admiration and respect for the general and admitted that had Jihketh been younger, he would have slew Reinhald where he stood. He would never rob a man of his dignity by keeping or selling his armor and weapons, so he decided to make the long journey to deliver his effects. To this, the Emperor addressed his nation and prepared a grand feast in memory of Jihketh Mahruuk and the honorable knight who deliver The True Death to their war hero. From then on, the Emperor decreed, the Long Walk was to be undertaken by all those proven and willing. Ser Erhard was allowed to return home unmolested, and even had a retinue of royal guards escort him to the border.

This is an ancient tradition of the Jaesi where the elder is killed by the heir to the house. If a patriarch was unable to find The True Death, this was a way for them to serve their house and Emperor even in death, as it was believed that undergoing Lahkdeth, the Jaesi's soul would act as a guardian against the nation's enemies in time of need. The True Death could still be found even in the afterlife. The methods of execution differ from house to house, but the end result is just the same. Some houses prefer beheading while others prefer The Pillar, which is a method of inserting a great blade into the base of the neck and through the body, all the way to the ground while the man kneeled, head bowed. Lahkdeth was also the preferred method of execution in a time of war to bring honor back to their house after a failed battle, but during these times it was reserved for officers only.   Commoners would also undergo the Lahkdeth, although unceremoniously. Typically taken to the headsman, the family would gather as he said his last words. They would then gather the remains and burn them. Sometimes memorabilia would be taken as remembrance from the deceased, adorning their respective shop or home.

As the times went on, the ritual leading up to the Jaesi assuming The Long Walk evolved. It went from being escorted to the gates to a more personal ritual. The Jaesi now undergoes a bath of petals and scents, removing all impurities from his body. His body is then lathered in scented oils as his family watches, either praying to the god of their house or simply showing respect. It is then customary for the Jaesi to feast and talk of the man's exploits throughout his life.   When Emperor Reos Dolmeni took the throne fifty years ago, his first order of action was to allow women the Lahkdeth and The Long Walk, honoring their sacrifices and commitment to the Empire, as they have been fighting in battles as long as there have been wars. This was met with general praise throughout the Empire as there was no sexist bias when it came to military service. In fact, some women even carved their own legends in the annals of the Empire. 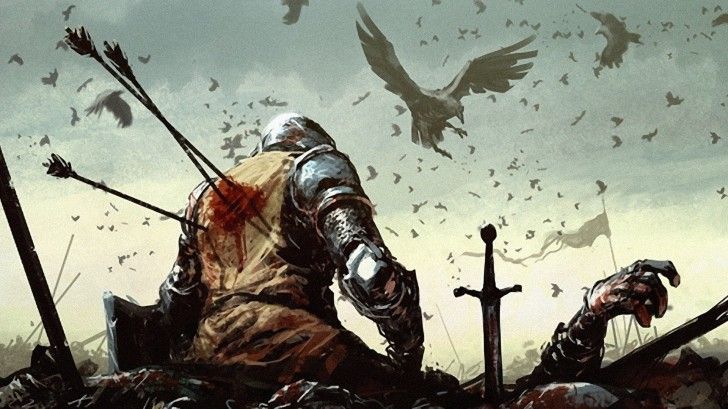 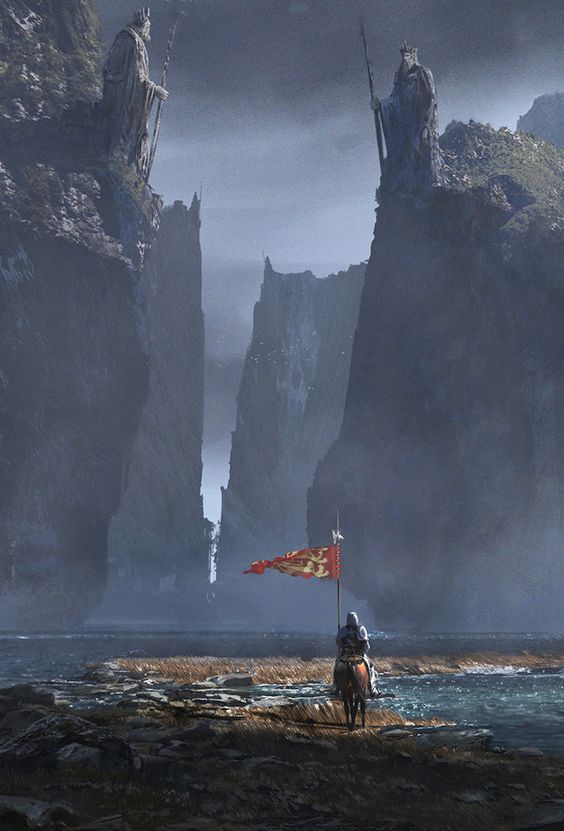 Damn ! That article is a long and rich story ! What jumped me is your rich vocabulary (I don't know words such as "geriatric", and I don't read often "embroidered" xD) and writing abilities ! These 3 artworks mean and add so much to the article, and it's extremely hard to image stories with artworks without going onto a too "conceptual" aspect. Still, I barely understood some aspects, such as about specific characters (which could have upped the sense of some aspects), I would tip you to add some Tooltips to make a better reading for non-introduced readers :p

Tbh, I only read your introduction (because I am a lazy reader), but due to your great structure, I got the most important info right at the start. That's good. And I see that I am not the only one who celebrates a farewell instead of a funeral in his world. ^^

Grandmaster of the Inner Sanctum Happy4488
Matthieu A.

I really liked the long story about the first man who went through this. I've been a bit lost at first when I read about the family who started killing rival houses before noticing that it was in fact the general's x)   Well done :)

This was a good read; you have an interesting culture with an interesting custom going. I feel like I have read the concept somewhere before, but I can't remember where (don't take that as a criticism though, just making conversation ^-^). I would recommend expanding your sidebar a little to match the length of your main article. That will make the article look like more of a whole piece, improving its general presentation. One thing you can do to accomplish this is to add article blocks. You have linked to two articles in here, why not include their blocks in the sidebar? It will look cool and increase the interactivity of your article :3   Other things you could add: in-world quotes and pictures.   Additionally, you could add an in-world quote at the beginning of the article to take the reader into the moment. The minute I started reading, I thought that a good fit might be just one or two sentences by an old man preparing for the Long Walk. Nothing vivid or heroic, just something really mundane, like him tying his leather straps, perhaps while a family member is in the room, clearly hiding their grief, but he just moves on, knowing what he has to do. I think that kind of imagery can be very powerful to convey the spirit of your ritual ^-^