Vivienne "Viv" Sparks was on the run and needed a vehicle, quickly. She had few resources except what she was able to quickly steal from Jax and the boys' hidey holes. Most of that was drugs and spell components.

When Viv ran into an old hippie turned meth-head near Doc's place, she nearly panicked. However, Old Carl just wanted a fix.

She had Doc & Jax's stashes and Old Carl had a VW bus that he crashed in, but couldn't afford to put gas in. It was a match made in... well, an alleyway off 26th Street.

Once she got rid of the rest of the stash, she cleaned, detailed and pimped out the van. It satisfactorily doubles as a crash pad and mobile tattoo parlor for extra cash.

The van has a narrow bed piled high with extra fluffy blankets and pillows. The color scheme is a variety of jewel tones with brown and emerald green featuring heavily.

Next the the bed is a plastic storage tote filled with clothes, and, at the back of the van, there is a table top balanced on a small autoclave and an organizer with Viv's tat gun, extra needles, and inks, both regular and magical.

Wedged between the driver's and passenger's seats, facing the back, is a small fridge. There is a small solar panel installed on the roof, which powers the fridge, lights and portable heater/AC.

The walls hold a variety of black-and-white and acid neon flyers and posters for bands. Some of the groups at the fore include The Ramones, Souixie and the Banshees, Bauhaus, Sex Pistols, Daft Punk, and NoFX.

There is some white spraypaint tags overlaying the layers of paper on the walls. A black and red anarchy flag hangs down between the front seat and the back area to provide some privacy while Viv sleeps.

Standard gasoline-powered combustion engine.
However, the graffiti-style painting is done with some of Viv's magic ink to increase the gas effeciency to close to double the MPG. 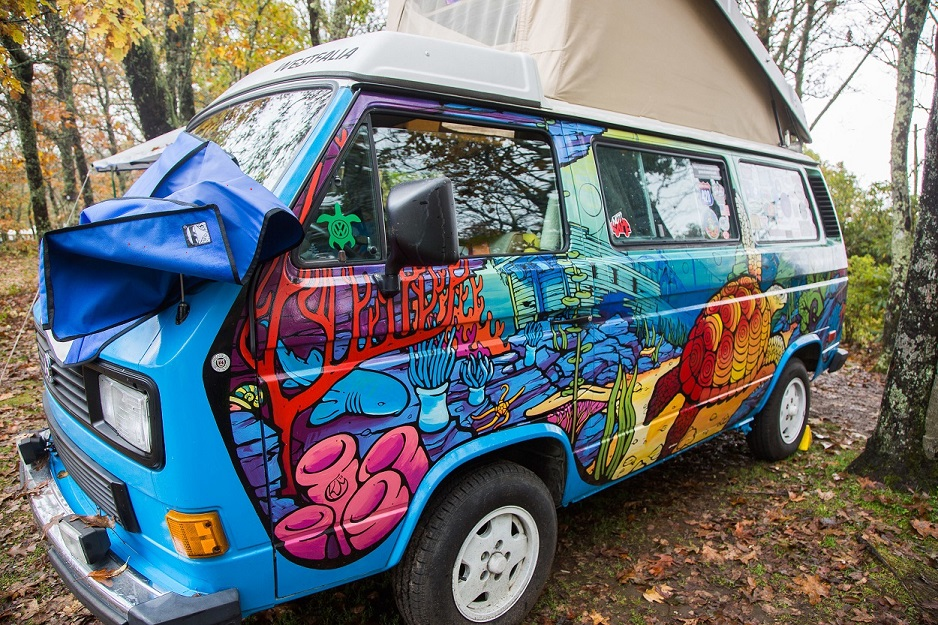 Join Altearth Discord!
The Runespells and other works are made possible by:
An Angell's Life * Joshua Robertson * Michael McIntosh * SableAradia * Seth Swanson * Stormie84 * Xaneria Ann
~ Thank you for your support! ~
Copyright ©2021
Sarah Buhrman
All rights reserved. This work or any portion thereof may not be reproduced or used in any manner whatsoever without the express written permission of the publisher except for the use of brief quotations in a book review.
This is a work of fiction. Unless otherwise indicated, all the names, characters, businesses, places, events and incidents in this book are either the product of the author's imagination or used in a fictitious manner. Any resemblance to actual persons, living or dead, or actual events is purely coincidental.
Article template
Vehicle
World
Altearth
Author
AuthorGoddess
Publication Date
20 Dec, 2021
Creation Date
20 Dec, 2021
Last Update Date
24 Dec, 2021
Visibility
Public
Views
70
Favorites
5
Comments
0
Tags
Runespells Ink Witch