The Holy Church of Bornica

The Holy Church of Bornica formed between the 5th and 6th centuries AC. While forms of Praverianism were fairly widespread throughout the continent, this was perhaps the first time that the religion was codified within a single centralized doctrine and power structure. This era also introduced the concept of "saints," which allowed the mortal leaders of the Holy Church to shape the religion through canonization. Due to the Church's power and influence, this Praverian branch has shifted the focus of the religion away from its
nature-based origins and emphasis on deistic sagas, and toward a doctrine that values urban sophistication, behavioral modesty, and imperial gains. Though the gods maintain a central focus within the Holy Church, they are seen as somewhat distant entities who must be respected but very rarely intervene in earthly affairs. Saints, on the other hand, are actively engaged by the faithful and are believed to commonly wield the power of divine intervention.

An elected triumvirate called the "Trirada" serve as the leaders of the Holy Church, consisting of high ranking clergy who come from the most powerful noble families in the Empire. Though the positions are formally elected every 8 years by the top 90 highest ranking clergy members, the power base that elevates an elected member (like a powerful noble family) usually ensures that they maintain the position for their lifetime. All the clergy of the Holy Church, regardless of rank or gender, are generally called the "vjerni." Though the vjerni are strictly separated by gender, anyone can qualify for ascendance to the
Trirada, which is typically more dependent on one's family name or wealth than their gender. 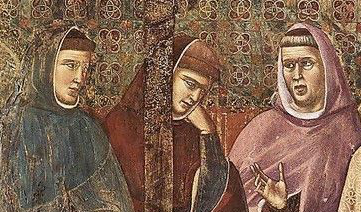 Bornican doctrine is initially outlined within the Black Scrolls, supposedly transcribed by Saint Borna directly from the gods themselves. Over her lifetime (316-364 AC), Saint Borna authored several pieces of literature, reinterpreting many of the Sagas of Old, but mainly criticizing the devolution of the Praverian world in the eyes of the gods, particularly by presence of "infernal" arcane practices throughout the land. Borna, or the gods, demanded a return to the virtues of the ancient heroes who sought to demonstrate their devotion by means of force and conquest.


"Bravery in the name of thy True Faith ennobles the soul beyond any other virtue."


Hidden within her zealous prose were behavioral practices that may have simply been veiled attempts to combat common societal maladies, for example: Public head coverings (lice), temperance five days a week (domestic violence), extreme sexual modesty (bastards and orphans), routine ritual fasting (famine), and an emphasis on legitimate marital procreation, which was believed to be the backbone of a healthy society.

All of these practices were drawn from or woven into a re-telling of the familiar Sagas of Old. Borna herself was known to be a powerful healer and seer, abilities intimately associated with the gods rather than the Hells, thus lending credence to her claims of speaking for the divine. As these "values" were adopted throughout Cytria over the following centuries, homosexuality, prostitution, drinking, and religious infidelity were scapegoated as dangers to society and the Church.

Eleven blackened scrolls retell many of the Sagas of Old while detailing the unworthiness of mankind to live in the image of the gods. The scrolls were thrown into a bonfire after Borna's death, but when the fire burned out, the scrolls were found intact among the ashes, blackened yet not burned. These texts, which contain the official doctrine of the Bornican Church, were said to be lost for more than a

Public Domain
generation, only to be found in a remote Rovasnian village. Some say that the texts were stollen and sold several times, eventually coming to rest in the remote provincial chapel. Others, however, believe that the entirething was a ruse in order to boost moral and gain popularity for the Crown and Church during an expensive war against Rovasna. Today, the Black Scrolls are "on display" in the Basilica of Saint Borna in an elaborate gold-leafed sculptural case, but access to
this area of the sanctuary is restricted to the vjerni. The public is allowed to see the scrolls once per year, on the Feast of Saint Borna, when they are paraded down the nave and briefly presented on the steps of the church before returning to their resting place. During this procession, it is believed that even laying eyes on the scrolls can heal a wide range of maladies. 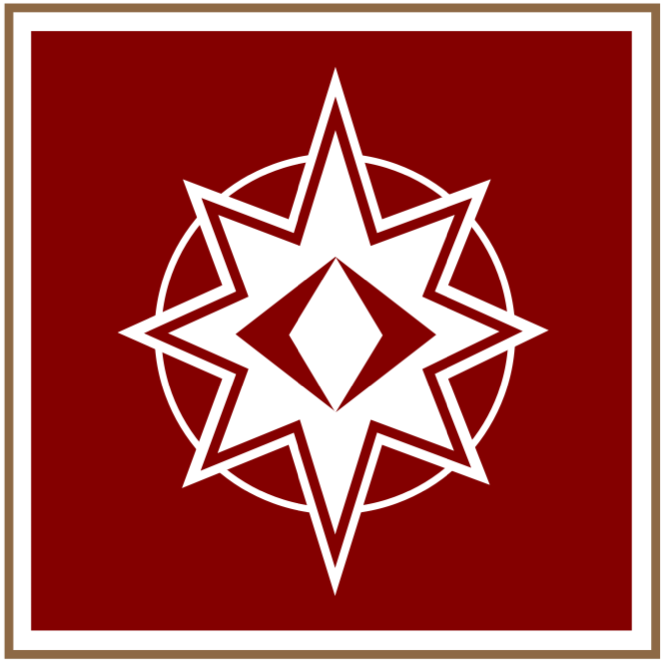 Two new moons after a child’s first birthday they are given a name and "presented" to the gods in a ceremony called “Nabídka." Despite the lunar timing—a relic from traditional Praverianism—the moon plays an inactive role in the ceremony. Instead, the child is presented by their given name to the gods and marked as “child of Losha” with a drop of blood (taken from the infant at the beginning of the ceremony and heavily diluted with holy wine or water) smeared on the top of the head, on the palm of each hand, and on the soles of both feet.

At the age of 14, youths have their Lustration—a ceremony that formally dedicates them to the gods. By Holy Law, a child cannot be married until after their Lustration. The ceremony includes every youth who turned 14 within the passed three new moons (or since the previous local Lustration ceremony). Children until this age are permitted to appear in public without head coverings, so the initiates arrive bareheaded and in their finest attire.   During the ceremony, each youth is anointed with oil on the top of their head, then processed under a carried canopy to the statue/marker/effigy of their chosen saint. Once there, they vow to follow by that saint’s example and to honor the gods with their devotion, innovation, and procreation, as well as to uphold the Bornican faith in the presence of sin and infidelity. Finally, the youth is “crowned” with their gender-appropriate head covering before rejoining the other initiates. In the end, everyone is processed out of the temple and into a small festival thrown in their honor, followed by individual family feasts.

Marriage, or Vazba, is the "binding" of two families through the promise of the next generation, who will carry the blood of both. Though almost always financially or politically motivated, a family's honor is tied to all blood-relatives and therefore the ceremony is viewed as deeply sacred. Needless to say, matrimonial matches are almost always made by the head of the family. The ceremony itself simulates the brides metaphorical journey from the embodiment of Valsha to that of Landaga.   She is veiled, crowned in flowers (with five floral strands hanging down from the circlet), and escorted through the ceremony by the elder women in her life. The bride is processed to the groom's side where they anoint one another with holy water (basically rose infused water blessed under a full moon). After their hands are bound together with a ceremonial beaded cloth, they are pronounced husband and wife and the bride is escorted to head of the sanctuary.   Once there, her entourage of elder women remove the flowers and the veil, replacing them with a headscarf called a Šál that is topped with a colorful beaded headdress, or Krúžok. The newly married woman is finally processed back to her husband, where they both recite the holy vows of matrimony. That evening, a feast is thrown by the bride's family for the members of both extended families. The following evening, a feast is thrown by the groom's family for the larger community, resembling a small festival.

Articles under The Holy Church of Bornica