The nation-state of Cytria came into being after a series of clan wars, resulting in the consolidation of regional power around the seat of Clan Černekopí ("chair-neh-copy") in 338 AC, in what came to be known the city of Bornica. the following century, the Cytrian clergy developed "divine theories" from the Black Scrolls that strictly opposed any practice of the arcane arts, effectively outlawing magic as a heretical offense. Consequently, the kingdom began to rapidly urbanize, developing a mundane yet productive society around industrial innovation. After the ascendance of the Sagan Dynasty in 579, the
Church and the Crown became inextricably woven together, granting divine rulership to the sovereign, but allotting even more control over the state to the Clergy. By the time that King Dalibor the Pious succeeded the throne in 748, a dream of a Holy Cytrian Empire, stretching to the Koprekians and beyond, had already taken root within the popular consciousness. When magic drained from the world in the mid-8th century, and did not return, both the Church and Crown saw an opportunity to seize their imperial destiny while the kingdoms of Aevras were toiling in the absence of magic.


In the early spring of 763 AC, King Dalibor sailed his army up the Pravek River, beginning what would be a seven-year long invasion of the eastern kingdoms of Aevras. Aspiring to unite all of the Praverian world under Cytrian rule, Dalibor marched his army on Tavnik late in the winter of 771, beginning a siege that would last an entire year. After fighting his way down the Nul River, Dalibor took control of Kisek by 775, and seized Brucau after its immediate surrender. Aldrecht was able to effectively repel Cytrian advances for four long years through a 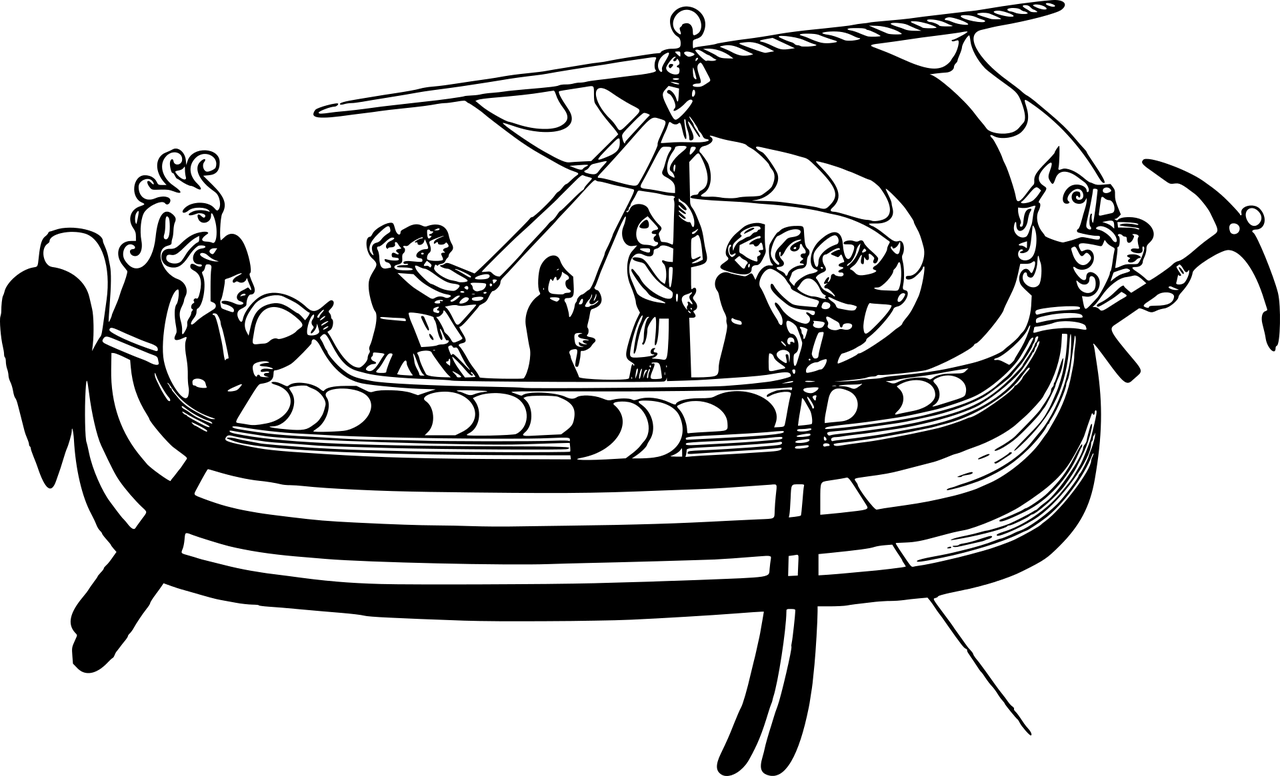 King Dalibor ruled for four more years until his death in 783. Though he had several legitimate children, Dalibor named his niece Tyeska as his successor, 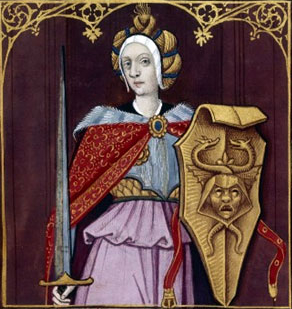 Minerva by Robinet Testard
likely because of her experience as a seasoned military commander.

A rebellion immediately arose in the name of Chestibor, Dalibor's eldest son, but was quickly quelled with Chestibor's public execution. That was the last challenge to Queen Tyeska's authority within the Empire. Seeing it as her divine right and duty to finish what her uncle started, Tyeska marched her armies on Aldrecht in the early spring of 786, unleashing new siege technology on her enemies with war towers and early catapults. With the fall of Aldrecht after only a week-long siege, Bravencia quickly signed the terms of their surrender to avoid the fate of their former allies.

Columbach was next, eventually falling in the autumn of 786 after only two months, sending shock waves throughout western Aevras. Queen Tyeska rallied her resources over the winter of 786-787 and pushed her armies into the Midlands that spring,
launching what would become a five-year-long land war over control of Braseik and the powerful Midland Empire. When Braseik switched hands one final time in 792, Tyeska executed the King and centralized her power base in the city Braseik, beginning construction on the Cathedral of Saint Velemir in order to establish the authority of the Holy Church of Bornica.

With the (heavily damaged) resources of the Midlands at her disposal, the newly declared Empress led her armies up the Velshraine and back down the Onobron Rivers, conquering Elben, Caerdun, Felwich, Carnache, Avissons, and Galaca in a three-year-long campaign called "The Reaping." The final battle of the conquest occurred near Nova Ponte--called the "Battle of the Split"--between the Cytrian Empire and the allied forces of Patuga and Eladarra. Though they tactically held the advantage, the allies found themselves overwhelmed by the sheer size of the Imperial army, surrendering the political centers of Nova Ponte and Roca Vella to Empress Tyeska in the "Onobron Peace Treaty" of 795.

Though it took nearly half a century for the Empire to gain stability throughout the continent, the aggressive policies of the Holy Church effectively bred new generations of Praverians who soon forgot their connection to their old ways in favor of an Imperial (and therefor Cytrian) identity. Empress Tyeska was nearly honored as a living saint during her lifetime, but was officially canonized in 813 following her death. 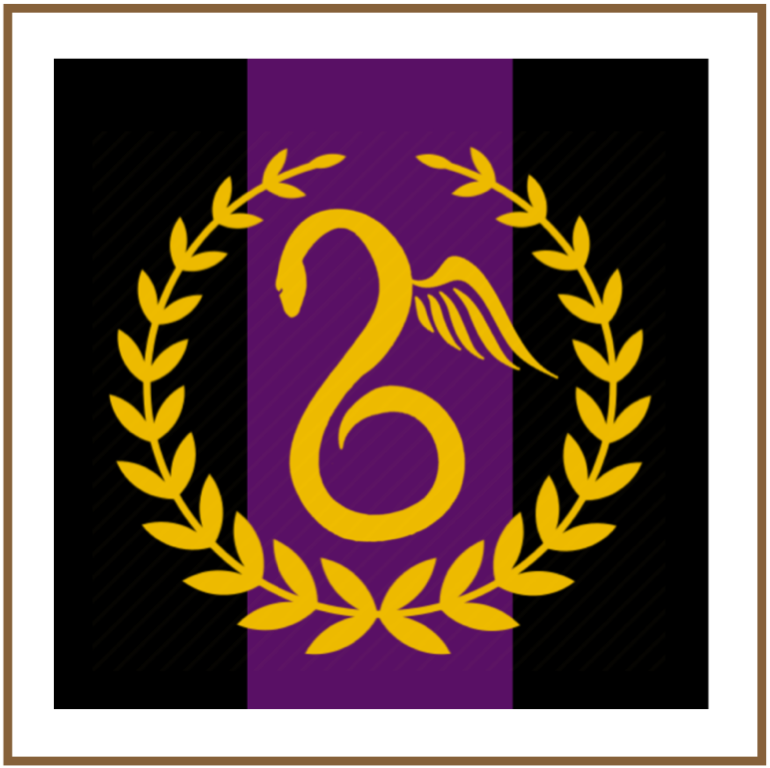 The Golden Serpent of Cytria

The Sagan Dynasty currently reigns over the Cytrian Empire, and has ruled the kingdom of Cytria since 579 AC, when Matous the Burned overthrew King Arnošt the Hidden with the overwhelming support of both the clergy and nobility. In what turned out to be a somewhat brutal religious reformation, the Sagan kings and queens took on the roles of divine rulers, "chosen by Losha to protect her children."   Though many noble and royal families have married into the Sagan line, the practice of preserving its "purity" through incestuous marriages began only within the past century.

Since the late-7th century AC, Cytria has functioned as a theocratic monarchy, where the Trirada (tri-council) alone holds the power to crown sovereigns, as well as to veto executive declarations (though only with an unanimous vote). The sovereign, however, has the right to nominate candidates for ascendence, as well as to veto any election that has won by less than 60%. This dynamic has led to emperors and empresses effectively stacking the council with Imperial sycophants, which has both eased and agitated frictions between the Church and the Crown.

Cytrian customs are largely dictated by Church dictates that follow a strict code of moral propriety, including: intercaste social customs, intergenerational social customs, head coverings, weekly fasting (for a single day and night), routine ritual bathing, abstinence from alcohol six days a week (excluding the week-long Festival of Matesh), as well as no weapons allowed within the walls of the Capital (only nobles, knights and the City Watch may carry weapons).   The study or practice of the Arcane Arts is strictly forbidden within the Empire, believed to be an infernal abomination diametrically at odds with the divine. However, miracles workers who are blessed with divine healing abilities are celebrated and often canonized as saints. The line between "miracles" and "witchcraft" is often obscure and inconsistently applied.   Consequently, innovation and ingenuity are seen as the ultimate use of what the gods have given you, therefore expansive education and/or apprenticeships are considered to be divine callings. Due to this reverence of wit, great inventors are also often canonized as saint, believed to have a unique and potent connection with the gods.
Type
Geopolitical, Empire