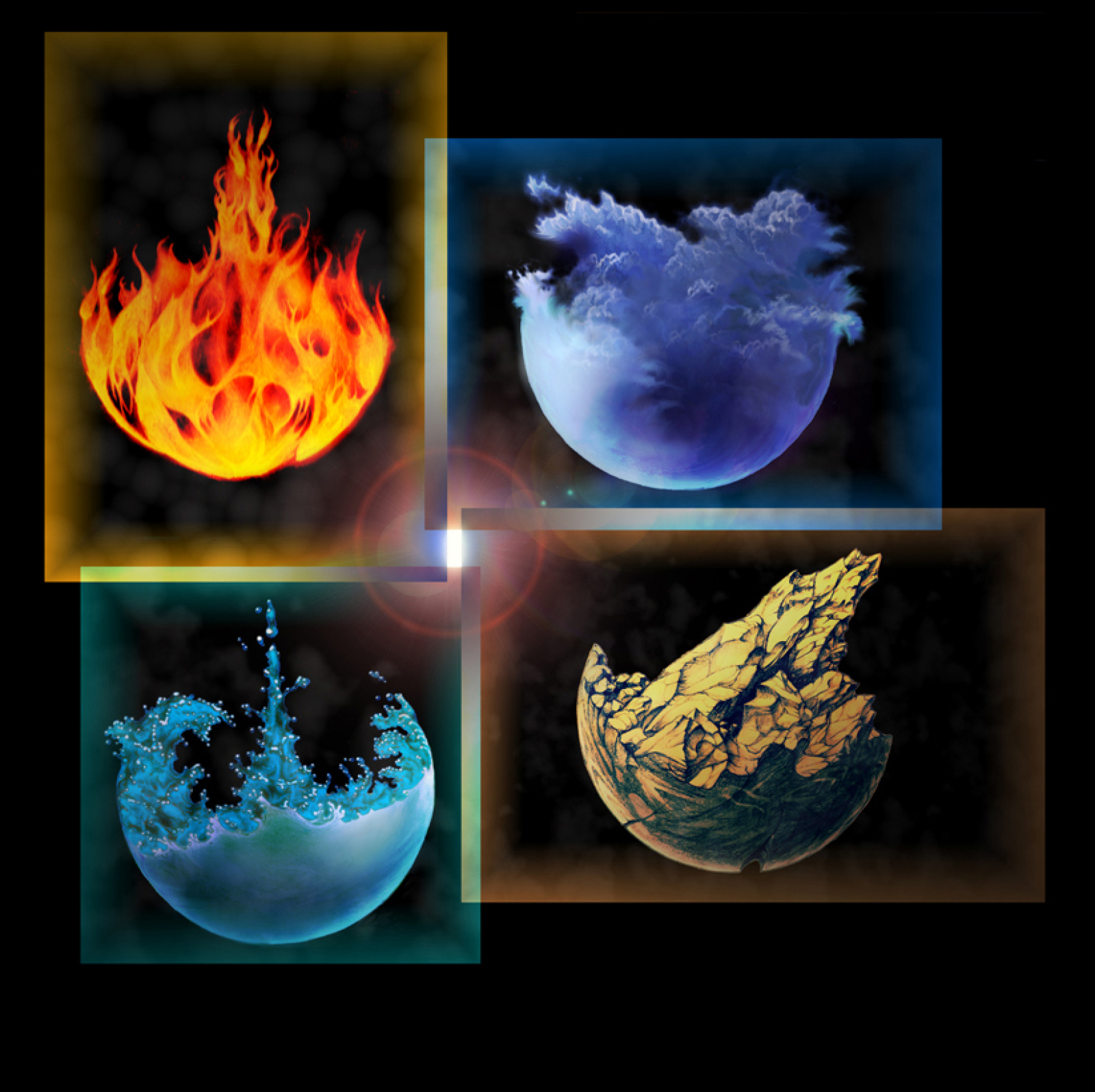 What is an Elemental? From where do they come?   These are important questions to which no one really knows the answer.   Man did not discover elementals until the coming of the Rifts, but then Warlocks did not exist before the rifts either. Or did they?

As far as we can tell, elementals do not need to eat except to regain material lost through injury. Even fire elementals do not need to consume fuel to exist, though they do view burning things as one of their core purposes in life.   Elementals do expend arcane energy to exist and perform actions, so they will need to rest and recharge from time to time, just like any other user of arcan energy, they get recharge bonuses when on ley lines or nexus points.

Only fire elementals have any sense of sight, and even for them, it is reduced to infra-red light, the wavelength of heat.   All elementals except fire can sense pressure waves and vibrations.

Elementals have no names other than those given to them by others.   It is possible that elementals may evolve their own names when dealing with others of their own kind. This is especially applicable to water elementals who may take names such as the "the one who used to be..." which might be shortened into a pointed nickname for the sake of brevity.   Warlocks will usually name unnamed elementals they meet, and the elementals will usually be happy to recieve these names as a recognition of their existence and identity. In general, a named elemental will have an emotional bond with a warlock who names it.

There are four known elements:

Each elemental has its own language, which is strange considering we have no way of knowing how the languages were formed, and when they had time to develop into their current forms.   This seeming pre-existence of such complex languages lends some to think that elementals have existed for much longer than the coming of the Rifts or that maybe they, too, are deebees? The elementals are either ignorant of their language origins or are amazingly tight-lipped about it.   The languages are:

Elementals are the byproduct of the infusion of arcane energy into inert matter. One thing we know about arcane energy is that it is raw life essence released into the realm of the physical by the shattering of Earth's biosphere during the great cataclysm.   So when we say that inert matter is infused with arcane energy, we are really saying it is infused with life energy. This means that, in it's strictest sense, an elemental is matter infused with life.   But there is more to it than that. What determines the size and power of an elemental? How does an elemental claim to be an independent entity and have a sense of identity?   The truth is that elementals form identities based upon an observer. This gets a bit Schrödinger's like whether a photon is a wave or a particle based upon whether it was observed to be; but bear with me, dear reader, and I will hope to make sense of it all. Elementals exist because someone somewhere thinks they should exist. The directionless life energy that flows across Rifts Earth naturally seeks to be recycled back into the biosphere. To refresh your memory, the biosphere is the name we give for all living things on a planet. So consider that all the arcane energy infusing the planet is really just life energy looking to become something living again.   Now I am going to introduce another simile. Have you ever wondered why carbonated beverages will form bubbles in certain spots on the sides and bottom of a glass? This is because the carbon gas is held in suspension in the liquid and is looking for a way to escape as gas again. There are small imperfections (called nucleation sites) in the glass that encourage the suspended gas to congregate into larger bubbles until the bubbles get large enough to float to the surface. This phenomenon also explains how raindrops and snowflakes form around microscopic motes of dust as well. The phenomenon is ubiquitous.   So it is with the creation of elementals. There is some catalyst that encourages the wild roaming arcane life force to congregate in certain points and when enough congregates an elemental comes to life. What is this catalyst? We don't know for certain, but looking at the very nature of elementals should give us a clue: From these clues we can reasonably deduce that elementals form because there is some expectation of them to exist. There is a perception of identity in the beings into which they become. In other words they exist in their forms because they should exist based upon the perception and expectation of some guiding power. In this case, it is the power of an observer to shape that which it observes. People observe that fire is a thing, and so an identity is created that fire is a thing. Regardless of the science behind it, life energy begins coalescing upon the identity that fire is a thing until it actually becomes a living thing, an entity. Remember arcane energy cares not for the science of the physical world.   This theory also explains why air and water elementals are so restrictive in what is and is not considered elemental air and water. Both seem to have a connection to life itself.   In this way, elementals form both naturally and when encouraged by Warlocks.

Warlocks are considered by elementals to be small brothers and sisters. Elementals typically treat warlocks with the respect due to honorable family members, but will not hesitate to return hostility with hostility or to withdraw their support from warlocks who do not reciprocate the same respect.