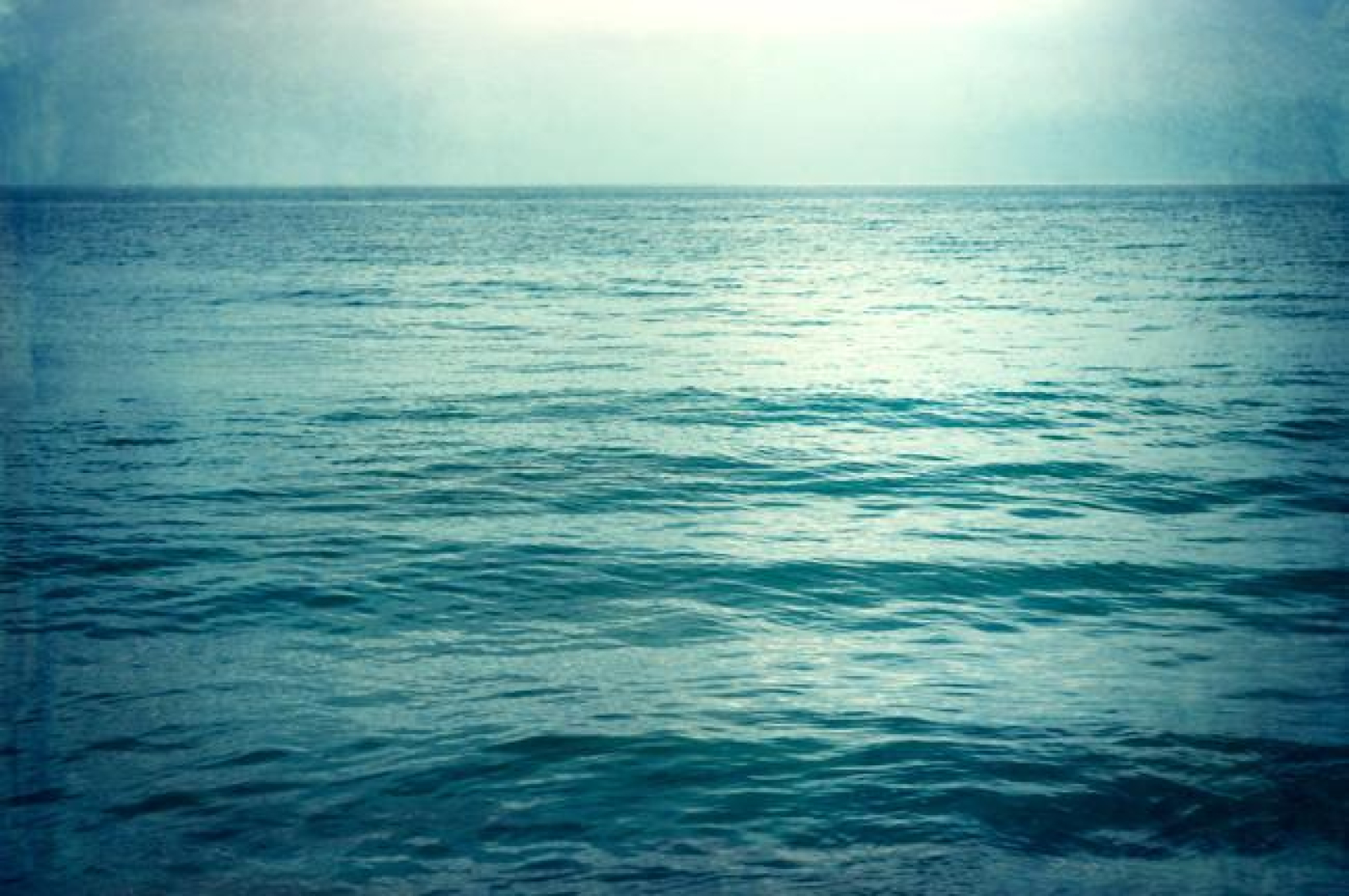 The waters of the Divide are full of danger. Storms, as sudden in appearance as brutal in their power, maelstroms opening without warning, swallowing entire fleets at a time, spots of boiling hot water, searing ships and crew alike and in the far north rumours of fog, cold enough to freeze everything it touches. Truly the navigating this ocean is no easy task and were it not for well known "safe" routes, mapped out over thousands of years of use, the world would be far more divided than it already is.

Day 15. The men are getting more and more unruly. Captain says it's just the fact that we haven't moved an inch in days. He's wrong. It's the silence. Everything we do seems...muted somehow. Even me writing is as if I had put wool into my ears. Where on earth are we?
— log of First Mate Madrel, 12.04.2550

Out of all of these dangers, there is however one phenomenon that makes even the most experienced of sailors shiver in fright.   Far out in the Great Divide, one may come across a stretch of ocean, lying peacefully under a clear sky. This is the Dead Sea. A place where no wind blows and no current moves the waters. A place where every sound seems muted, water and food taste sallow. No fish call this place home, no wales travel it, no swarm of red-winged Tridin has ever been seen in its skies. Only the most monstrous of storms may move the waters here. Every other day the water remains flat, unmoving, a mirror reaching from horizon to horizon.

Day 27. Our provisions have run out 3 days ago. But our nets return empty. This doesn't make any sense! The middle of this god's forsaken ocean has the best fishing grounds in the world. That storm couldn't have pushed us so far from our course! Our navigator confirmed it. Yet no fish, no whales, no craden, nothing! Where the hell are we?!
— log of First Mate Madrel, 03.05.2550

A ship that enters, pushed by a storm or wild current, will at first continue unimpeded, the lack of winds or currents having seemingly no effect. Then it will slow down and before the unfortunate crew can even begin to realize the situation their in, it will stop. Now trapped the crew is doomed, either slowly withering to starvation or slaughtering each other in a crazed rage.

Day 41. Our water is about to run out. Chetos is gonna start a mutiny soon. Captain and a few officers have locked themselves in his cabin, got the last barrel of water too. They're crazy...all of them. Hunger and thirst can do that sure...but it's the silence...the muting of every sound we make. Old Kerken threw himself overboard yesterday. Screamed about voices whispering...The only thing giving me peace is the knife at my side. I'd prefer the six hells over this...can't be any worse...heh maybe we're already in hell...yeah this is it...were in hell...
— last entry in the log of First Mate Madrel, 17.05.2550 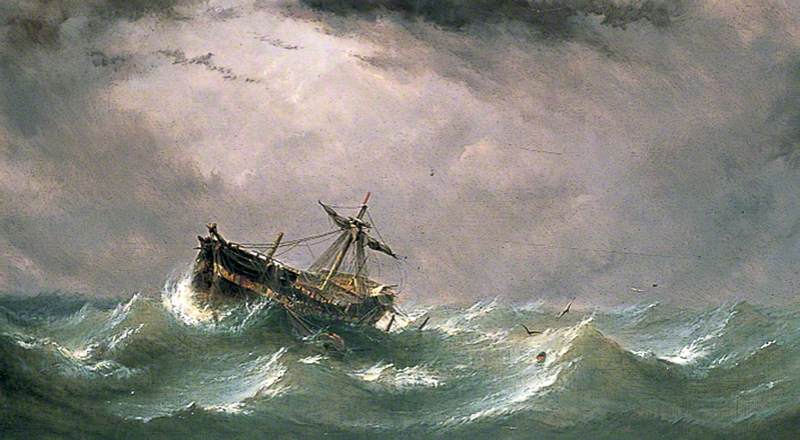 The size or extent of the Dead Sea is unknown. Some scholars claim that the sea is not one single piece of ocean, but rather a series of large spots throughout the Divide. The very nature of the anomaly has made any exploration attempt end in disaster. Knowledge comes only in the way of ghost ships.   Even the cursed sea cannot escape the power of the Gods Eye, storms of unimaginable power, that wash the floating coffins back into normal waters. The boats and logs aboard telling the same horrifying story, hundreds if not thousands of times over the ages.   And while man ponders the mysteries of nature, out on the Divide it lies openly under a clear sky, the surface undisturbed and mirror-like. No fish swims there, no breeze blows, no current moves, no ship leaves. The Dead Sea lies silently and waits...
Type
Ocean 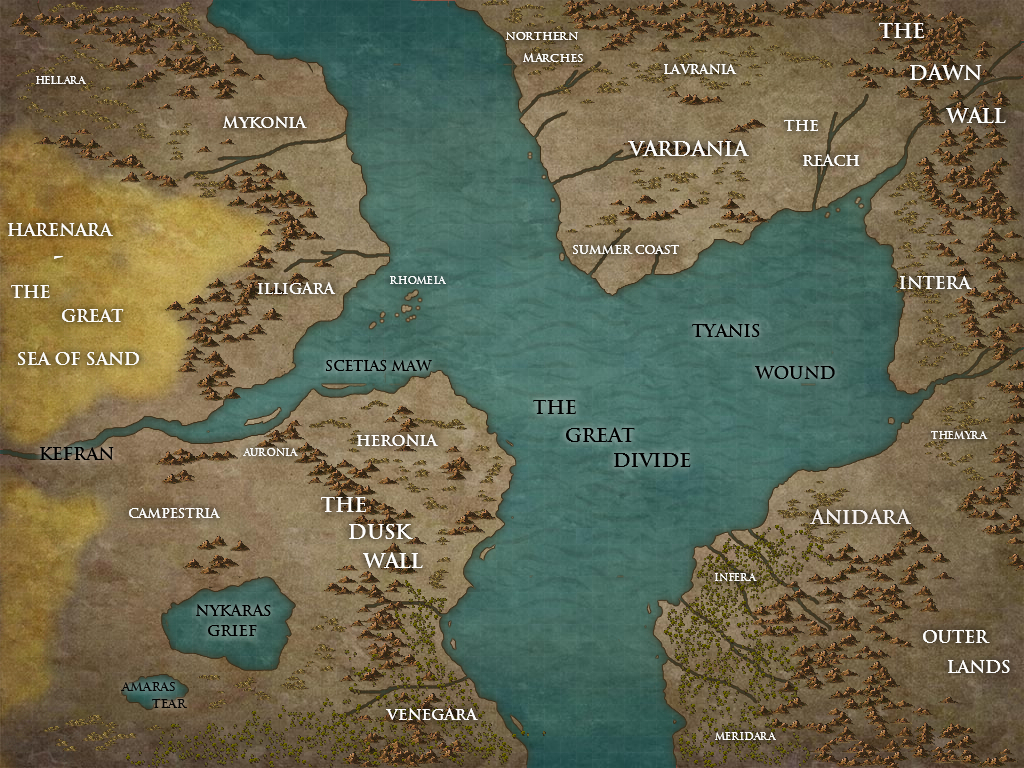 by Darkseid
Gods Eye   Among the various devastating events, man has been witness to, Gods Eye is perhaps the most awe-inspiring. Storms are nothing out of the ordinary on the Divide, the areas where the cold northern air meets the warm southern blasts, birth hundreds of them every year after all. However, every couple hundred years all conditions are given for a storm of titanic proportions.   Stretching over hundreds of miles, these behemoths of cutting winds and earth-shattering lightning have cleansed vast swaths of land of any form of life. They have ruined uncountable nations over the years, a single storm capable of wiping out hundreds of cities and thousands of villages. In 1801 DA, the largest Gods Eye to ever be witnessed by human eyes occurred.   While famous for breaking Maharaels Fist, the destruction in Ainach was nothing compared to the grand picture. Ten thousand cities, a dozen kingdoms, hundreds of miles of forest, entire mountains. Nothing escaped its wrath. Man is lucky, that these storms only occur every 500 to 700 years. 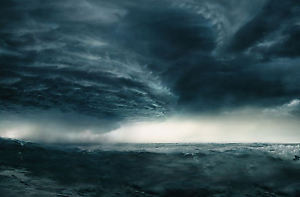 Blue Roads   When men began exploring the seas again in the late years of the Time of Twilight, they soon discovered the treacherous nature of the worlds new ocean. Over the centuries, through hard work and countless sacrifice, they began to map out the ways on which to traverse the deadly waters.   While subject to the "ordinary" dangers of sailing, these roads, give sailors the ability to circumnavigate the most dangerous areas and reach their destinations in a timely manner.

Congrats. You’ve managed to trigger my thalassophobia yet again with this article. I’m Definitely not going anywhere close to the sea now. But that just highlights how chillingly and horrifyingly beautiful this article was. The surreal descriptions, the formatting, the images and the quotes and the first mates log make this a chillingly beautiful article to read. My questions for this article are that has any maritime battles occurred within this area? Have there been any endeavours to find out the cause of the anomaly? Still congratulations and keep up the great work!