They are the undisputed Kings of Northern Vardania. Beasts which can tear apart an armoured knight as if he was a mere hare.
— Alidia Vanis, Archivar & Zoologist

Vardania is home to many a dangerous creature. Even the most ordinary of animals such as rabbits are much hardier than their counterparts in other regions. Such is the legacy of the Oblivion Hour, for the cataclysm left the continent devoid of most animal life. Those species that survived would evolve and develop into some of the most tenacious and enduring creatures known to man. At the very top of this list are the Northern Direwolves.   Largest and strongest of all wolves, they rule Vardania's northern wilderness. Raging masses of muscle, equipped with razor-sharp teeth and claws, they have few opponents to worry about. A well-armoured soldier can just as easily fall prey to them as young deer would. However, one should not be blinded by the creatures physical strength. They are smart, well as smart as an animal can be. Hunting in packs of about twelve to fifteen, they employ what one would call hit and run tactics to weaken and finally kill their prey. When alone they will act with similar care, slowly circling and probing their target until it either shows weakness or the hunter decides to go after easier prey.   Marked by their dark grey fur with red and black stripes present at various points, the animals are said to give off a mysterious energy. Many cultures view them as doom bringers. Others, such as the Rhovarin and Samnii, see them as protectors and symbols of strength. The advance of mankind has seen them hunted, but there still remain many in the vastness of the North.

Some people are said to have eyes that make even a direwolf back down and bare its neck. Great people, whom the wolves will always follow in the shadows.
— Unknown 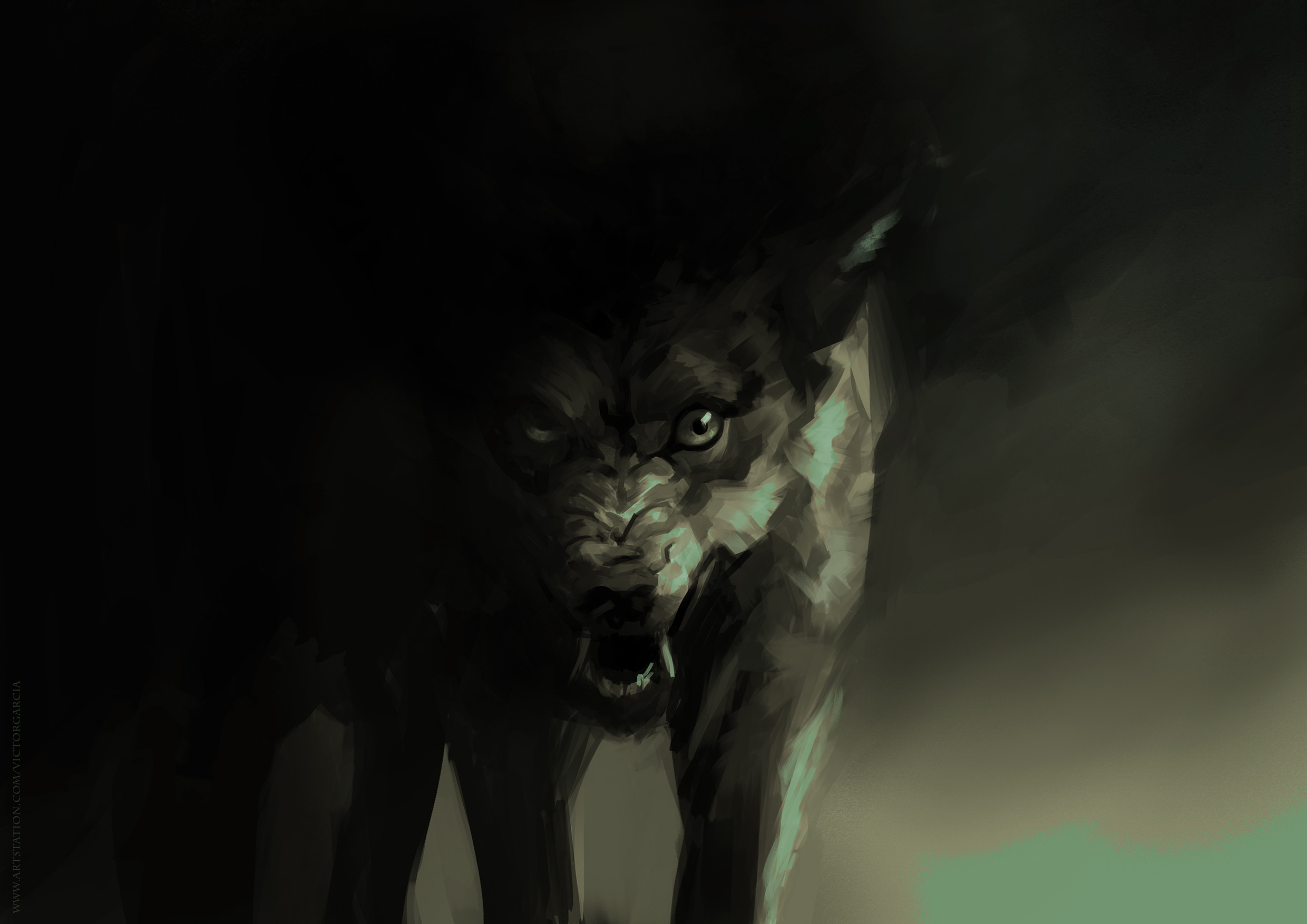 Sounds like they guard the northern borders of the land to keep trespassers from leaving, Or maybe that's just the gamer in me talking.   So right now I'm trying to think of ways to communicate to the wolves that I'm more deadly than they are (Even, if I'm strictly honest, I'm probably not). Fire seems too simple, like an animal of the intelligence you're describing wouldn't be fooled by that for too long. You'd probably have to do something more drastic; maybe making a trojan horse to make yourself look bigger? Anyway, there doesn't seem to be any easy way to get around it unless I figure out how to do that stare you mentioned in the last quote.   I kinda want to see those dire rabbits you mentioned in passing...

I love that closing quote. Such a tantalising hint of what could be.   Smart and strong is a dangerous combination. Remind me never to go north in Vardania.