The Redhilts Gang's bloody and sudden capture of the Highcross district in Bradstowe.

The Redhilts Gang had been plotting for years on how to stake their claim in Bradstowe, capital city of The Isles of Orlend.   They had already eliminated three rival gangs in the Highcross District and pretty much had the run of the place. All that was missing was to be rid of the law so that they could run their business without any interruptions from the Bradstowe Guard.

Their moment came during the catastrophic and unforseen events of The Rupture. Amidst the chaos and destruction of the apocalypse the Redhilts took their chance to claim Highcross as their own.   Many of the city guards were called out to the front lines to fight against the invasion of magic-weilding riftbeasts and the rest were sent to the financial district to safeguard the Bank of Orlend.

The Rupture shook the city with tremors and torrential rain poured from a dark grey sky. The Highcross district was scattered with rubble and many alleyways were impassable due to the collapsed buildings. This was an unexpected bonus to the Redhilts because it prevented any outside reinforcements from stopping their claim.

The Redhilts worked in full force in a unified attack across Highcross. Starting from the Southquarter side all the way along to the edge of Westbury district, they mercilessly butchered anyone who stood in their way.     Any Bradstowe Guards who surrendered their weapons were captured and stripped of their uniforms for gang members to use as disguises for the final assult along the old city wall. The guards were tied up and held hostage at Bradstowe High Cross, forced to watch their city crumble in the ruins of an apocalypse while street thugs took control.

The Redhilts successfully claimed the district of Highcross upon negotiating the release of the captured guards who were desperately needed elsewhere in the city to fight the apocalyptic invasion.   Once the guards were returned (along with their uniforms), the Redhilts fortified and barricaded the remaining streets into the district as the chaos continued to unfold throughout the rest of the city.
Log in to World Anvil to view bonus content and secrets! 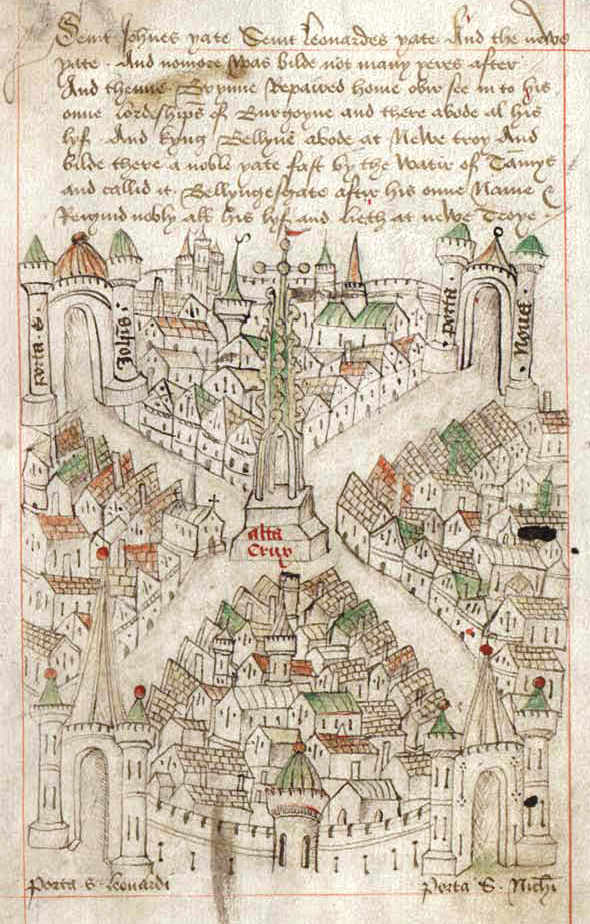 Bradstowe High Cross
Redhilts Gang
In response to the prompt Write about a conflict in your world known for being unprovoked or unfair.

I LOVE the map! I can't believe i never thought to put a map in as the battle ground but it really tied the whole thing together and it was really fun to move around in the city to truly understand what was going on.

Thanks so much!! I'm glad it helped to explain the article some more :D

If the criminal underworld trying to take control of a city DURING THE APOCALYPSE isn't drama, I'm not sure what is.

Holy crap, during the Rupture?! Wow. You'd think that an apocalyptic event would bring people together more than that.   I like that you specified that the guards -and- their uniforms were returned.

The Redhilts are pretty ruthless, but they still have some good morals left in 'em :P

I think as a reader this really sets the mood for how I feel about this gang. Taking over the district during the Rupture? Even going so far as to capture the guards that are needed to fight off the riftbeasts. Sheesh, yeah, I'm not very fond of this gang for sure. For me you really captured how unfair this whole conflict was.

Thanks for the feedback! This will help a lot when it comes to how other factions in the world regard this group :D

I think they might share my feelings. :D It is something I very much enjoy though, when something I read evokes emotion.

Nifty, as always! I caught a typo, though. In the first paragraph under "Deployment," in that first sentence, there's a T missing in catastrophic.