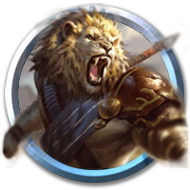 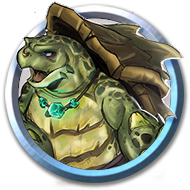 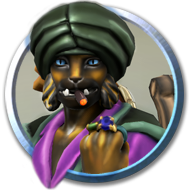 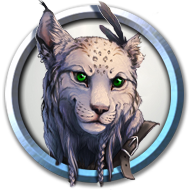 From: The Dark Rain Forest, a jungle on Kampos.

He was born at home, a modest-sized mansion where his family lived a modest means -- even though his father could never stop talking about how they were royalty and yet this was the only lands they currently possess. His childhood was generally a happy one full of several friends. He was an only child.

He became a cleric because his father was a paladin and he didn't want to be the same, but did want to earn some respect from his father by being in a similar profession.

When he was young he remember seeing a very serious war break out near his home. He still has memories of the devastation he saw.

He has now decided to go out and get what he believes his family is owed. He thinks the place to start is with possibly getting a mint commission in Neyer.

Reginald grew up being told stories of how his father was royalty. He was a bit haughty and arrogant so as he grew up he then went to Port Menagerie so he could board a ship to Neyer in the interest of getting a mint contract for stamping coinage.

That ship was waylaid with a mutiny and then a white dragon attack from Canthenth and with the aid of The Mighty Menagerie he began to help free the island of the winter curse laid upon it.

They were able to destroy a large enchanted crystal which allowed message and teleportation magic to work on the island allowing wizards from Forlione to notify him of news back home. Reginald's father, Dolne Ivoryclaw, was actually the king of Forlione but due to nefarious machinations by his uncle, Zirin Shadowtooth they were not actually granted these titles and lands. Much had taken place since Reginald left, so he returned home to address the situation.

Since then he has been an ally to the Menagerie and those from Skola Vale.

Reginald was well educated from many tutors.

Reginald tends to go for helping others and doing the right things, and as he has matured he has tried to use his resources to help his nation.

The major events and journals in Reginald's history, from the beginning to today.

The list of amazing people following the adventures of Reginald.