Intro to The Cosmology

Cosmology, in most modern cultures, refers to the study and organization of the many planes of existence that reside within the Grand Multiverse. Our world, the world of Yrnath, is one of many closely-linked planes, each with their own vast array of residents and fantastical creatures.   Within the modern concept of the Great Wheel, there are three multi-planar groups, known as the Inner, Upper, and Lower Planes, with the Astral Sea permeating throughout. Some models combine the Upper and Lower Planes into one category, the Outer Planes, and include the Awaiting Realm as an intermediary between the Inner Planes.

The Material Plane is where the world of Yrnath resides. It is often seen as the "center" of cosmological models, leading many to also refer to it as the "Prime" plane. These models contain a considerable deal of mythological accuracy, as it is said that the Divines crafted the Material Plane before building outward.

The sister planes, known as the Feywild and the Ruin, exist as reflections of the Material. Initially, the Divines had intended for the Material to have one sister plane, the Feywild, but due to a series of devastations that had devastated the old Material Plane, the Divines had chosen to simply wipe the slate clean and create a new center plane, inadvertently creating the Ruin.   The Feywild is a reflection of the Material where arcana dominates the natural order. Those who come from this sister plane have a much deeper connection to magic than those of the other Inner Planes. In contrast, the Ruin is a reflection of the Material plane at its worst. A barren landscape devoid of arcane energies, those who call this realm home have a complete absence of magical aptitude.

The Ethereal Plane acts as a bubble around the Material and its sister planes, covering their boundaries and surrounding all things with a thin ethereal essence. Many spellcasters throughout history have found methods of channeling arcane energy to allow direct travel between the Material and Ethereal planes, a concept that many have used as the basis for research into other forms of interplanar travel. Thanks to spells like Blink, which require only a modicum of arcane ability, travel to and from the Ethereal Plane has become a viable strategy for combat and infiltration.

Just beyond the Ethereal Plane lies the four Elemental Planes, with four planar boundaries representing the four elemental hybrids. Each plane seems to extend infinitely in all directions, however many have questioned the accuracy of this, suggesting the planes are simply self-recursive.

Filled with the building blocks of cosmological existence, the Elemental Chaos is considered a "snapshot" of what the multiverse looked like prior to the Divines creating the cosmos. The energies of raw creation that flow from this plane both facilitate life in the Elemental Planes as well as creating the many types of strange sights found within the Astral Sea

At the end of one's life, their soul will find itself crossing over into the Awaiting Realm, a place where the dead are sorted into their respective afterlives. Those who have seen the Awaiting Realm have often compared it to a governmental office, filled with bureaucratic officers who ensure all spirits find their way to their correct afterlife planes.

The Upper Planes are the homes of the various Celestial races of the multiverse, as well as a variety of positively-aligned planes involved with the upkeep of reality itself.

Within the heart of the Upper Planes sits the Divine Realms, the home of most of the Divines. All Divines have their own separate realm, and only a handful of them have chosen to position their realm outside of this plane.

The Wheel of Time

The Wheel of Time is the mechanism from which all existence has been put into motion. Each of the various Gods of Time have their realms situated here, where they oversee the proper continuation of the flow of time. These Divines have unfettered access to the knowledge of all events, thanks to the modrons that operate within the vast temporal mechanisms.

The Lower Planes are the homes of the various Infernal races of the multiverse, as well as a variety of negatively-aligned planes involved with the upkeep of reality itself.

The most tame of the Lower Planes, Limbo is a vast desert-like environment entirely devoid of color. Those who find themselves here in the afterlife tend to have lived such dull and uneventful lives that no other realm would be appropriate. There is no torture or pleasure here, only the repetitive monotony of an endless grey existence.

The Nine Hells is the plane most associate with devils and the demonic, despite the fact that all lower planes are inhabited by infernal races. Within the Nine Hells you will find nine unique layers, each one representing a different vice. Those that channel one vice as the domineering force over their life will likely find themselves living through eternity in one of these layers.

The Abyss is a seemingly endless void of black, though it is surrounded on all sides by walls of those who ended up sent to this infernal plane. None quite know what lies beyond these boundaries, yet many have their theories. 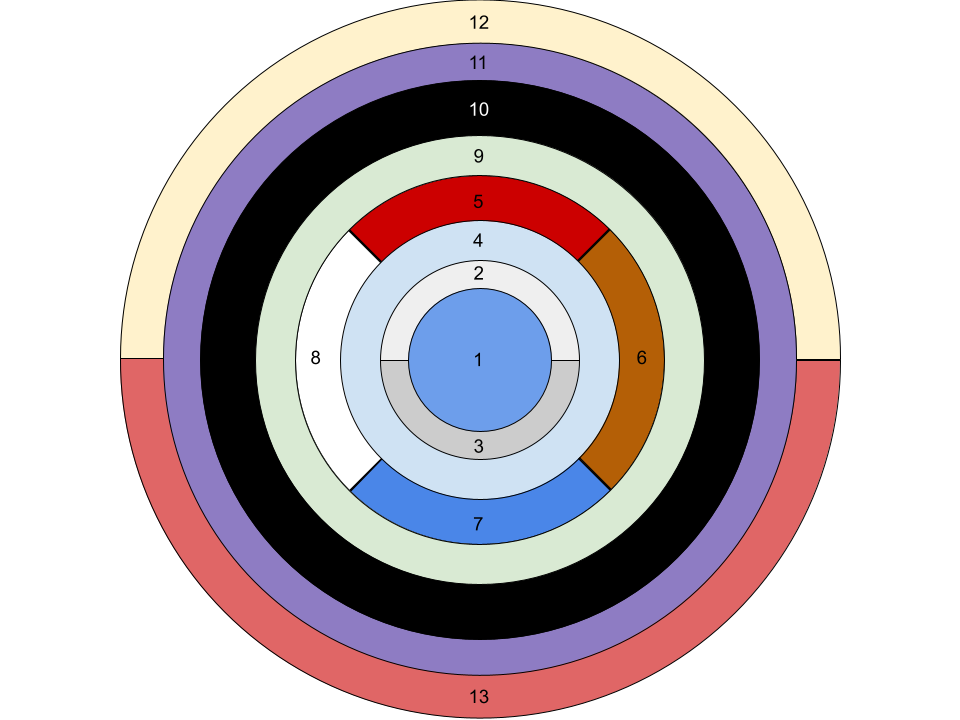