Lord of Lies, The Deceiver, Patron of Changelings, The Half-forged God, Lord of the Hidden Moon

The Lord of Lies is an ancient civilized god who argues, with good reason, that the great civilizations could not exist without his influence. He is the master of the backroom deal, the clever negotiator, and the iron clad contract. He takes pride in mostly avoiding direct lies, he just doesn't tell everything that he knows.

He is secretly worshipped by the wealthy, politicians, and the upwardly mobile. His cults are centered in Karifar, Molndal, Kiris, and Ural.

After the Withdrawal of the Gods, Malfador retained influence in the world through a Warlock of the Silversång family secret changelings who had unwittingly bound themselves to his service.

Eventually he manipulated Niamhi Silversång into acquiring the items he needed to build himself a new body in the world of Krosia. The Heart of Hartshome Forest (a magical cauldron made from the Silver Hart), the Bones of the Ironspike Mountains (a spear of pure mithral), the Flesh of the Pure (the body of the soulforged Xeno, the Mind of the Innocent (Jenny Silversång), and the Blood of Vengeance (the blood of Gray Angels spilled in the Temple of Malfador).

Malfador absorbed all of the components, except for the mind of Jenny, and created the first avatar to walk Krosia since the Withdrawal. He keeps the body weak, below the power of a demigod, on purpose to prevent it from being drawn out of the world and through the Divine Gate.

He has three forms of increasing power. As they are defeated, the avatar becomes more powerful until the fourth form, a demigod's avatar, is too powerful to remain in the world. The Crew of the H.C.S. Blackjack defeated the first form in the Empyrean Ki-rin Monastery when the ki-rin Moon Breeze summoned the weak avatar to her through Xeno's connection to the airship.

The Crew defeated the first form and it burst into ash, creating the second more powerful avatar, and bringing Malfador closer to banishment.

New God of the Soulforged

The rise of the Hidden Moon has given Malfador immense prominence in the world. The myth of the Night of Seven Moons has come under new scrutiny. Many soulforged with a less altruistic nature have flocked to the worship of Malfador. 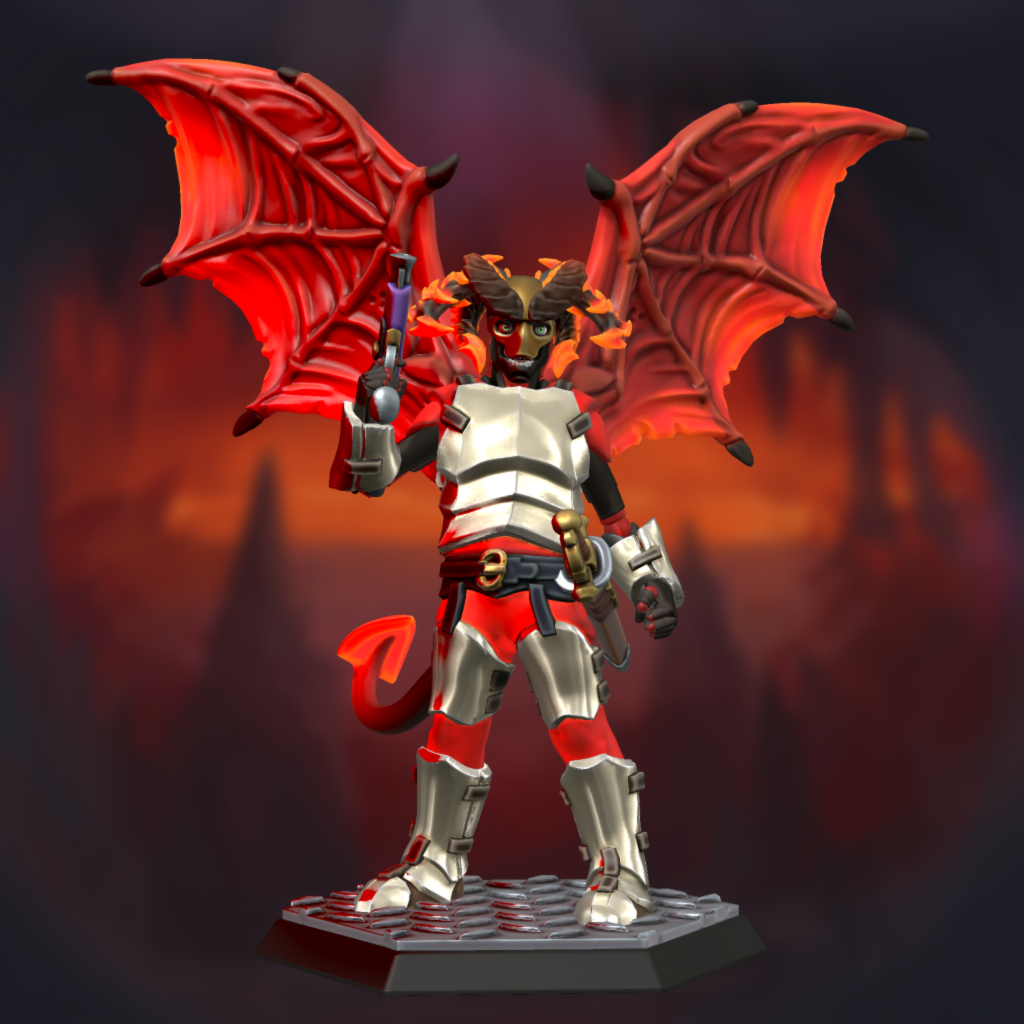