The Ko.B.O.L.D. (Korvonium-powered Battle Ordinance Load Distribution) series of Powered Armour was developed at the Peren City Institute of technology in response to the creation of the Operator Guided Robotic Engine (O.G.R.E.) by the Tannenholtz Empire. The KOBOLD armor consists of a core exoskeleton powered by a Sky Crystal-enhanced diesel engine. Many of the suits are being designed for dedicated roles - most often close infantry support - but some of the newer MK.II and MK.III designs are being built with modular components for more rapid battlefield adaptation to alternative roles. 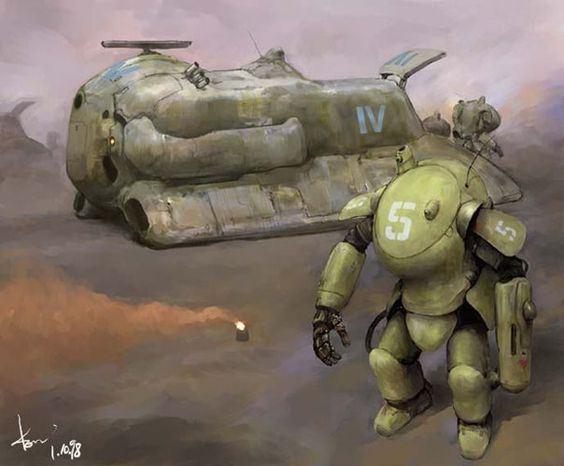 
The KoBOLD armor is generally used to fill the role of an all-terrain infantry support platform. The suit is able to cross ground otherwise inaccessible by a tracked or wheeled vehicle, and can enter areas otherwise unsafe for unarmored infantry. Carrying a standard 7.62mm machine gun, the KoBOLD is able to lay down suppressing fire on enemy positions while weathering return fire. A standard tactic is to deploy a single KoBOLD-equipped pilot in support of an infantry squad and use the armor as a base of fire while the remainder of the squad maneuvers to flank or assault the enemy.

A variety of hydraulics and electro-motor actuators powered by the Sky Crystal Generator.

Standard loadout includes one 7.62mm belt-fed machine gun. MK.I variants include the manual carry capacity to transport man-portable anti-tank rockets. MK.II and MK.III variants, while still relying on the standard machine gun as a primary weapon, may also be equipped with hull-mounted anti-tank or anti-aircraft weapons.

The main hull of the armor consists of 15mm of molded steel armor around the entire torso. While the MK.I variant had a glass canopy, later variants are completely enclosed and utilize a system of mirrors to provide a viewport with minimal pilot exposure. The arms and legs of the armor have varying thickness plates, ranging from 5mm to 10mm thickness.

All KoBOLD armor suits are equipped with a short-range transistor radio.

The experimental MK.IV Recon Armor includes one of the new RADAR systems for advanced reconnaissance capabilities. 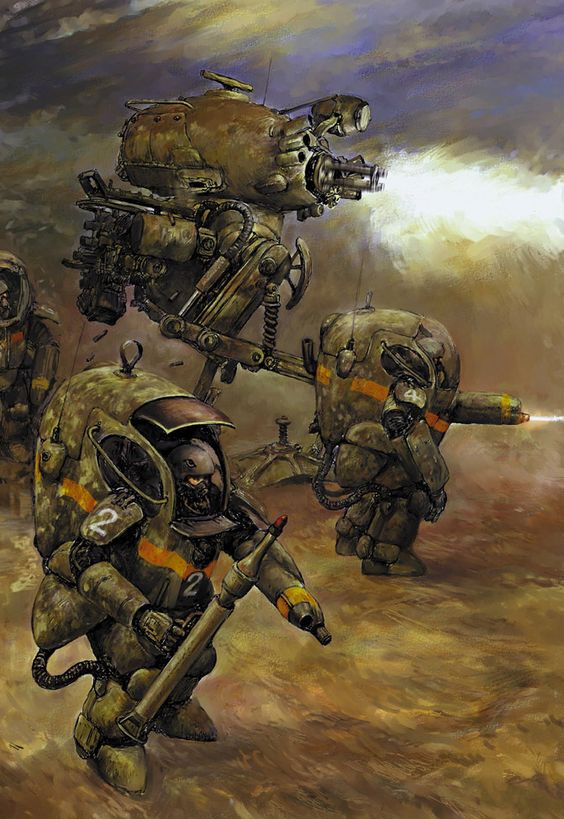 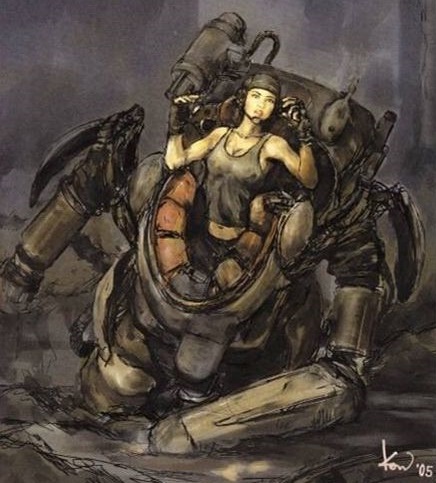 An early test of the MK.II gone awry.

Remove these ads. Join the Worldbuilders Guild
The Merlin Project