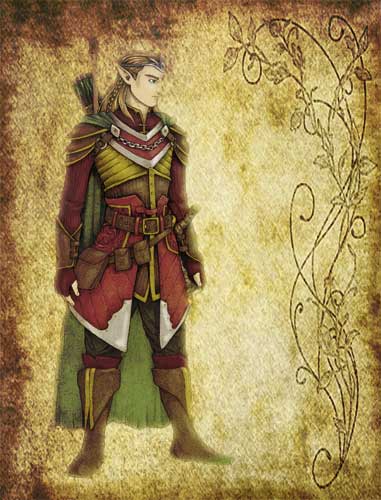 A typical Alfar of the Teuivae Sehaness...known to most humans as an Alfar
Alfar, in general, view humans with suspicion, mistrust, and animosity. Centuries of conflict and strife have made them wary of the unfocused, chaotic, and short-lived humans. The Alfar see humankind as little more than the marauding beast men of the untamed wilderness, just slightly better armed.  Very few of the elfin folk see others as anything but unrefined primitive races.

Remove these ads. Join the Worldbuilders Guild
Races of Valencia