In a world where magic is outlawed, only outlaws wield magic.

History is rife with tales and legends, cautionary fables, of those that have fallen prey to their own lust for glory and power. It is well known that those that seek ultimate power become ultimately corrupted. The legends of Valencia are such a cautionary tale. Fading back into the shadowy past where history becomes legend, Valencia, the Vale by the Sea, draws its roots from the 'Shining Golden Empire' and its populace are the descendants of the few survivors that arose from its ashes.

Once heralded as a powerful magocracy where magic permeated daily lives and was commonplace, the Golden Empire fell victim to its own opulence as its leaders grew greedy for more power, more magic, and more control, eventually forming rivalries and ultimately all-out war that unleashed the forces of life, death, and creation itself upon the lands and its people; laying the once bright empire to waste, nothing more than rubble, ashes, and a strong reminder of the dangers of mortals attempting to harness the power of the universe for their own convenience. 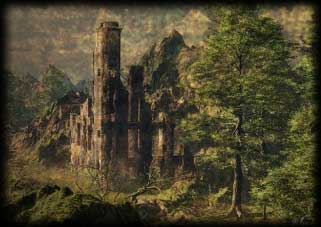 Millennia later, the rustic and diverse people of Valencia all share one common belief; that magic is inherently evil and dangerous and should be mistrusted and eradicated. Those that use it have committed the ultimate sin against humanity and need pay the ultimate price!
In some Valencian dialects, the words for wizard and enemy are the same


The world of Valencia takes the philosophy of the standard 'implied setting' of the D20 system and follows it to its logical conclusion. In a universe where magic reigns supreme over all other disciplines and powers, it is only natural that civilization would soon become magic-centrist and magic, as well as magical items, would permeate and saturate society just as much as technology does in our own world. Regretfully though, in a world where everything is magical, nothing is. The issue with many GMs and players alike, especially those grew up reading Moorcock, Tolkein, and several others, is that magic should be rare, wondrous, special, and extol a heavy price upon the wielder of such great and unfettered power.

In standard D20 systems magic is so common that it is mundane, being bought and sold like any other common commodity and its trappings, such as components and potions, stocking the shelves of even the most humble merchant tents.

Valenica does not forbid magic as a matter of house-ruling, but, instead, creates a lower-magic setting that better emulates High Adventure and lower magic by making it culturally despised. It also allows players to explore a different interpretation of the classic D20 rules where culture and history play as much of an influential role as do the rules as intended. While some may find it initially limiting or unseemly, Valencia offers up new and unique methods of play, discovery, and playing of the role over playing-the-roll. For those that miss the sense of discovery and wonder, Valencia offers a classic take on magic and allows for a refreshing style of play.

In a land where magic is mistrusted, illegal, and shunned, you will find no ready supply of rare and wondrous spell components, making the very act of attaining that rare spell ingredient a quest unto itself. There are no big-Box magic store where adventurers casually spend enough coin to ransom a kingdom for a new magical trinket; and, like the myths of yore, a single magical weapon is a legendary, epic, find.

Valencia emulates the feel of such authors as Howard, Tolkein, Moorcock, Stasheff, and several others by removing the 'commonplace' from magic in the D20 system without forbidding it. While the cultural prejudice against magic can easily be removed to allow play for any game style, Valencia-- while rich and florid in history, culture, and lore that will appeal to most players and GMs alike-- is best enjoyed by those that want to make the almighty powers of magic, and those that wield it, special and legendary. 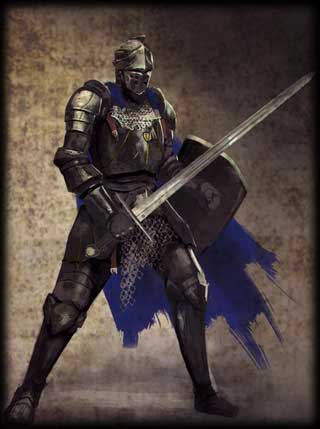 Those with a quick wit and quicker steel can prosper here. Those that don't pay me tribute!
— Bear Beard the Brigand King