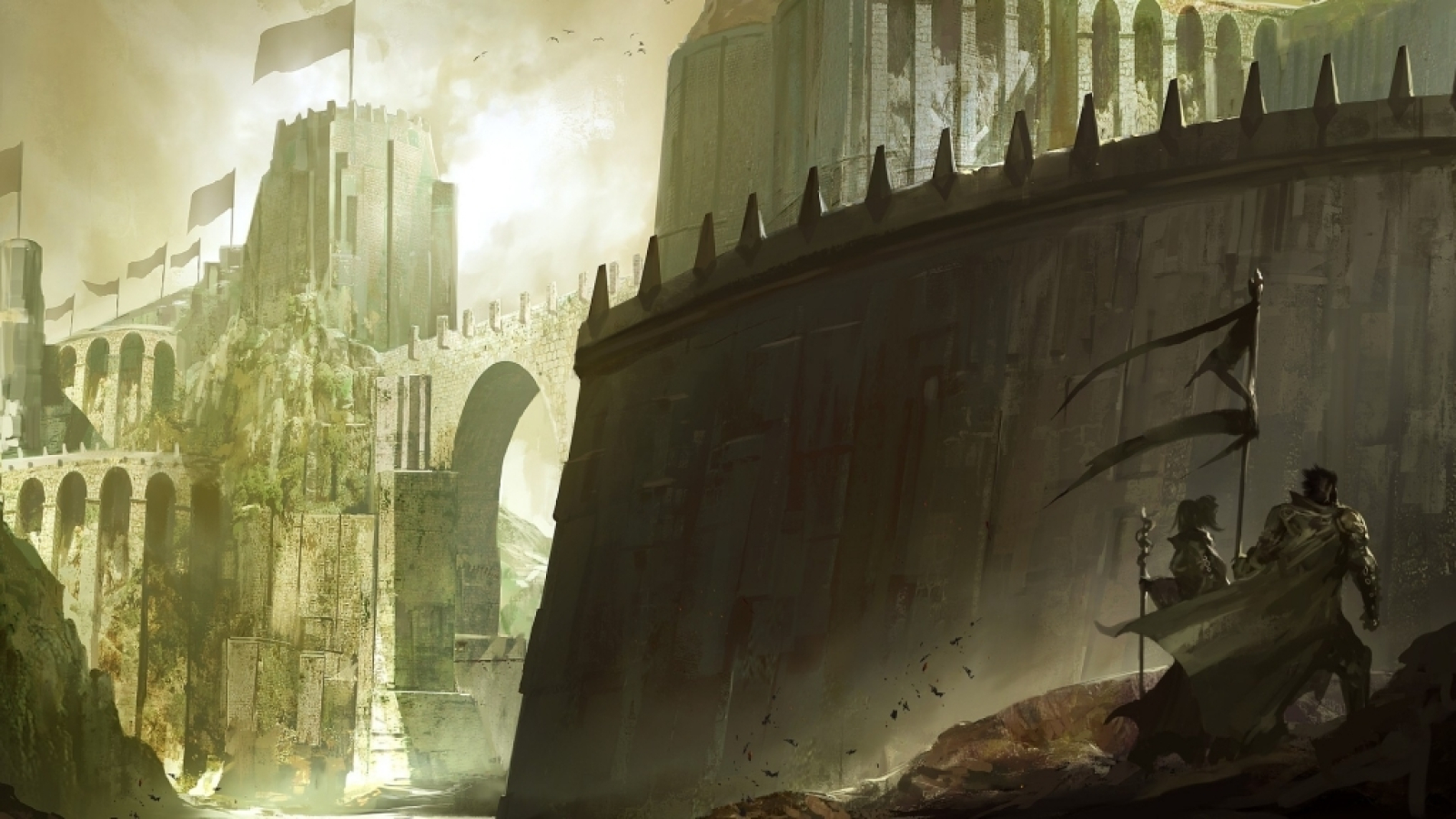 The ultimate frontier, our northern most point. The wall was not built by our hands but we will keep it secure until we figure out what we're going to do with the northern peoples.
— Tullus Helvius Agricola XIIIth Legion

On the northern border of the Imperial Provinces is the wall, it is entirely not of imperial design and is a towering monstrosity stretching from horizon to horizon. Dweorh troops can be seen patrolling the tops of the walls and in strategic gate houses but very little contact is made with them, they are not interested in trade or dialogue, only in keeping the Empire out.   To that end the XIIIth Legion patrols the areas in front of the wall making sure that if the Dweorh were ever to mount an incursion they would not be uncontested. The Empire are quite happy for the Dweorh to sit on their side of the wall

As best the Exercitum Imperatoria can tell the wall has been designed to keep them out, on long evenings when the drink is flowing some XIIIth legion engineers like to draft plans about how to attack and conquer the wall but these are generally kept to closed beer halls.   It has been theorized by many in the Empire that the Dweorh simply just don't want to trade with outsiders and this wall is the most effective way of stopping that, there is nothing known about what is north of the wall, no idea of terrain, settlements or anything. The wall serves its purpose well.

At regular intervals along the wall are Gatehouses with great gates of black slate, at these points the XIIIth Legion have built forts of their own surrounding the gate up to the wall itself, the Dweorh don't seem to mind this and it keeps the people of the province happy knowing that the XIIIth stand watch at the gates at all times.

The Wall consists mainly of interlocking blocks of dark slate approximately 50 to 60 meters high, the shape of the wall follows a set of natural hills so that it is at the high point all the way along affording any would be attackers an uphill siege.   At regular intervals along the wall are small towers that have been observed to hold 3 or 4 Dweorh warriors in an enclosed area as a watch turret. Approximately every mile it has been observed there is a small garrison capable of holding 15-20 Dweorh warriors, these structures tower above the wall and provide ample view of the surrounding areas.

Has there ever been any reported instances of something happening at the wall? Sounds of battle or anything?   Because I'm intrigued!