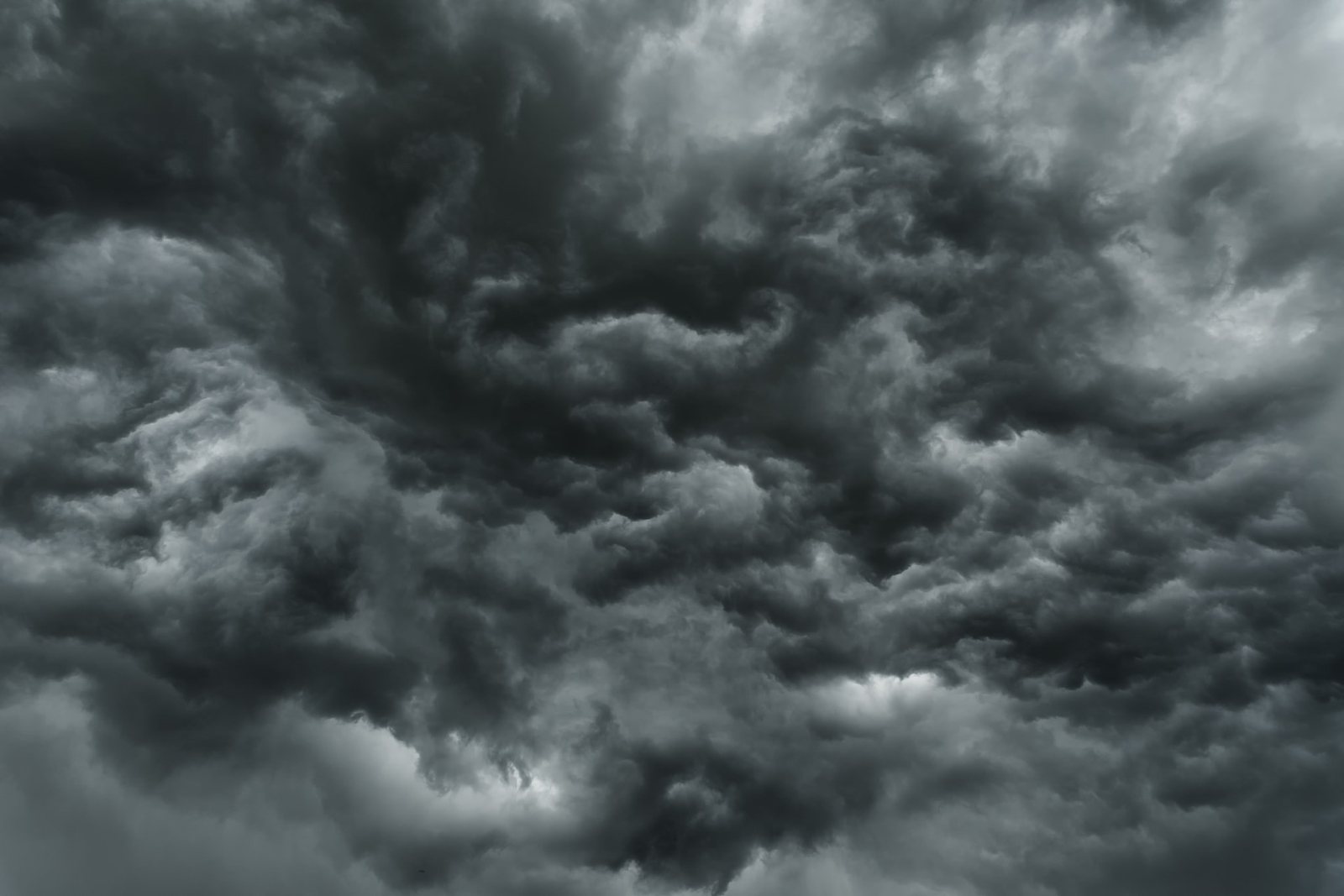 "It was a dark and stormy night in the sprawling city of Laepolis. All the nights seem to be like this for the past half a year, and rumours about a curse are being whispered in every corner of the city..."
Plot type
One-Shot Adventure

To me as a GM, the most entertaining part of a one-shot game is the element of surprise - to never know what you will end up with. This is what makes it fun for me and it differs greatly from how I plan for campaigns, as those are heavily focused on a particular story I want my players to experience.   One-shots are games of exploration, with a set structure that is time-based instead of location or story based. I work best with 30 mins long "encounters" or "story beats" as I prefer to call them. Depending on how much time we have for the game, I'll come up with the beats I want to use. I try to make each beat different from each other (social, combat, puzzle, chase, etc.), or to alternate two types to keep things moving and interesting to play through - that depends on what my players are expecting from the adventure and what they are in the mood for.   Every beat has a clear goal that will introduce the next part of the story. It does not really depend on the success and lack thereof in the rolls, but once the time for the beat is up, it will be achieved no matter what happened. The rolls determined how the characters reach their goals not if. In my opinion, one shots need their "happy-ending" in order to feel satisfying. My short adventures follow a simple structure: a hook (30 mins introduction to the main problem for the players to solve), obstacles (30 mins encounters of different kind + one extra just in case) and a finale (60 mins epic showdown, most usually a battle, but not always + resolution of the story).   Here is an example of a one-shot that could last 3-4 hours and would take place in the city of Laepolis, that I created playing a wonderful game called Ex Novo. It is system agnostic, just a little story anyone could use if they want. I might expand upon it in the future, if I play it through with someone, as I always let the players create a story with me.

You all meet in a tavern as the dusk is settling over the city, dark clouds forming over the horizon, looming, threatening, but no longer bringing any kind of rain. As the sun slowly gets obscured from your vision, you wonder if you will get to see it next day, or if the darkness has just swallowed it whole.   Six months ago, there was an explosion that decimated an entire district of the city. It doesn't matter if you were all here for it - every one of you lost something in the fire that day, or most likely, someone. Bitterness and sorrow has been knawing on your insides and as all of you have desperately search for answers why it all happened. Why did so many lives need to perish that day.   You take another sip, another bite, of a drink or food that should bring you more courage for what is about to happen tonight. You are all about to do something stupid. But maybe, just maybe, it will finally give you the answers you need.   (Here is where I would go over a couple of character building questions speeding up the process of getting used to a group or a role-playing game as a whole. I would let everyone introduce their character, what brings them courage, whether it be alcohol or a full stomach and what they lost in the fire - what was extremely important and essential to their character. After all the talking and warming up is done, I would state clearly the main mission of the session.)   You all gathered here tonight to finally find out the culprit behind the tragedy that took place six months ago. Your first stop? The Ruined City Hall.

Sneaking into the Ruins

If you want answers, it's best to go to the source. The explosion happened in the City Hall shortly after an election of a new representative. That would already be seen as a big tragedy on its own, but the fire from the explosion spread unnaturally quickly and wreacked havoc on a big eastern portion of the city. This can be social or more of a combat encounter, depending on the characters of the players. The ruins are abandoned, but still considered a hazard and are therefore under the watch of the guards, so no trespassers and looters can get in. Plus it's considered super cursed.

This is the dungeon with all the fun traps. The structure of this place is unstable, crumbling, with weird sounds appearing out of nowhere in it's abandoned halls. Shards of glass are everywhere, rocks can fall out of nowhere and yes, maybe something supernatural is roaming the halls too - no one made it out of the explosion alive. Plus there might be some remainders of security measures keeping thieves out from this place. Just make exploring this ruin a fun experience.   It also has a basement with a tunnel system underneath, where some important documents and treasures were previously stored. The main thing the characters should find is a half burnt portrait of the previous council leader with a bright blue jewel around their neck. The moment the players find a room with it, a tremour goes through the building causing a cave in, leaving one tunnel as the only escape route for the group.

Fighting off the Curse

The tunnels are dark and hostile. It is a big sprawling labyrinth. Something seems following the group. Make them hear voices, make someone poisoned, make them fear a little. There might be an encounter with some undead beings, but if you want to leave combat for later, just make it spooky and let them try to figure the labyrinth out.   This is the obstacle that can either buy you some time, if you make it short and just let the players come out of the tunnels somewhere in the city. That depends how the previous beats went and how much time do you have to fill with something fun.   When they find their way out, it is already the morning of the next day. The sun is nowhere to be seen, although some light does make it through the dark clouds. You all wish they would disappear already as you are all cold from spending the night underground.

The big bad should be the exact opposite of the player characters - if they are the outcasts of the society, it will be a nobleman. If they are thieves and fighters, it will be a mage. Build it upon things that would contrast well with the group you have in front of you and would give them something exciting to defeat. Most importantly, he is a member of the Storm Clan.   Depending on how much time is left, make the group come out of the tunnels near or far away from the residence of the Big Bad. This story beat is about gathering information about the person and what their day to day business is about.

Pick an interesting place in the city for the final encounter. It should be something that is the core identity of the Big Bad, but doesn't need to be his residence. It can be the main place of his profession or their seat of power. Which one you'll choose depends on what would be most fun to end up the story in.

Your party met the Big Bad an confronted him - maybe socially, maybe in combat. In any case, no matter who is having the upper hand by success or failure of their dice rolls, there should be a midpoint in the finale - something will happen that will give abig boost to the position of the villain. They unleash a spell, their allies will arrive, or something else that would make the position of your heroes significantly worse.   (If nothing comes to mind, summon a dragon.)

In the end, the heroes should win anyways. Some people might see it as cheating, but I firmly believe that a one-shot needs a happy end, as it is usually someone's introduction to rpgs, or, if nothing else, it takes significant portion of people's times. Tragedies are better in campaigns as there is always a next session around the corner, but one-shots do not have that. So unless you all want to play something tragic, let your players win this time.   If they are rolling bad and cannot defeat the big bad and his big disaster on their own, make the disaster what defeats the villain in the end. Make it the point where they crossed the line of humanity to something else. Make the curse consume them, make the cost of the lives they ended with their hunger for power be their demise. Make them end themselves, but let the heroes nudge the fate a bit.

The Big Bad is gone, but that is rarely the end. Let the players tell what the defeat means for their character, how they feel after all that happens and let them heal their wounds.   Maybe they will end up in the same tavern from before, but this time, the food and drinks are bringing them comfort instead of fighting their fears.


Explore the map of Laepolis to get ideas where you want the players to go and how to adapt each story beat. Build upon what your group wants to play as and what you would find most interesting to explore or take and bring it into your own world or system of a choice. Have fun!

As always, I am doing this for the badge. But this is genuinly how I deal and come up with one-shot adventures. This is all I do as it comes to structure - I have the start and the end, I have a bunch of obstacles to fill the time - but I let the players explore the setting I picked and tell me who and where and why the villain is and how they get to their defeat. Improvisation is what is most fun to me when it comes to short adventures and it's fun to get more loose and crazy once in a while, without the pressure of coming with a good campaing bit.