SilverDragon
Tilandrial is a world created by the Sphinxes and now ruled by the eight Arches, each a dragon who is a master of one of the elements of magic. All magic falls under one of eight elements: water, fire, air, earth, metal, nature, light, and shadow. While not every inhabitant is touched by magic, magic is commonplace and a part of life.   The eight continents of Tilandrial are governed and guided by an Arch. They try not to interfere in everyday life, only imposing their will on the most important of situations. However, what is considered important is different to each dragon, for they are fickle creatures, and occationally will answer prayers they deem entertaining.   The Great War permanently changed Tilandrial. The Sphinxes, also known as the Old Gods, are gone, as are most of the dragons. Nearly all cultures consider shadow magic, Obscurum, to be taboo, thanks to Arch Dunstan's role in the war. Anyone touched by Obscurum magic is shunned, or keep their magical knowledge a secret. 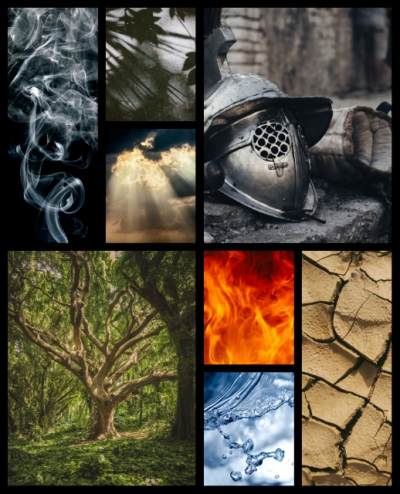 The eight elements that guide all magic
... Elements

All of the sentient life of Tilandrial
... Sentient Species

All the locations in Tilandrial
... Locations