The Silver Glade, home to some of the most feared creatures in Theria. Three times a year, the towns of Lochfort and Fairbay compete in The Great Hunt to attempt to thin the numbers of werewolves in the glade.   Elves should also be wary of extremely racist unicorns, the occasional troll and many other horrors.

While the area is well known for its abundance of werewolves, the surrounding area is also home to briar trolls, and unicorns. 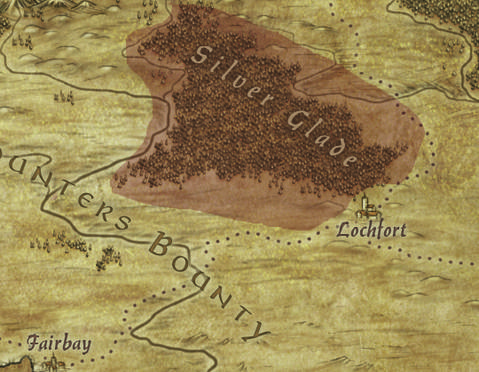