Viktor Nikolov (a.k.a. Grindstaff the Gaunt)

The human necromancer known as Grindstaff the Gaunt has had a long and tragic life in New Genesis. As a young wizard, he discovered his necromantic talents, but attempted to redirect his power to more wholesome ends. As a grown man with a family, he tried to ensure their security, but fell into the employ of the Thieves Guild. His best friend, confidant, and partner in the Guild betrayed him, slaughtering his family, which sent him into an unstoppable spiral of rage and grief.   Using the secrets he learned during his time in the Thieves Guild, Grindstaff has explored the depths of undeath and the Defiled farther than any other mortal... all for the sole purpose of exacting revenge on the world that ground his soul into dust and ash.   Grindstaff's Map:

See his timeline here: The Known History of the Red & Black 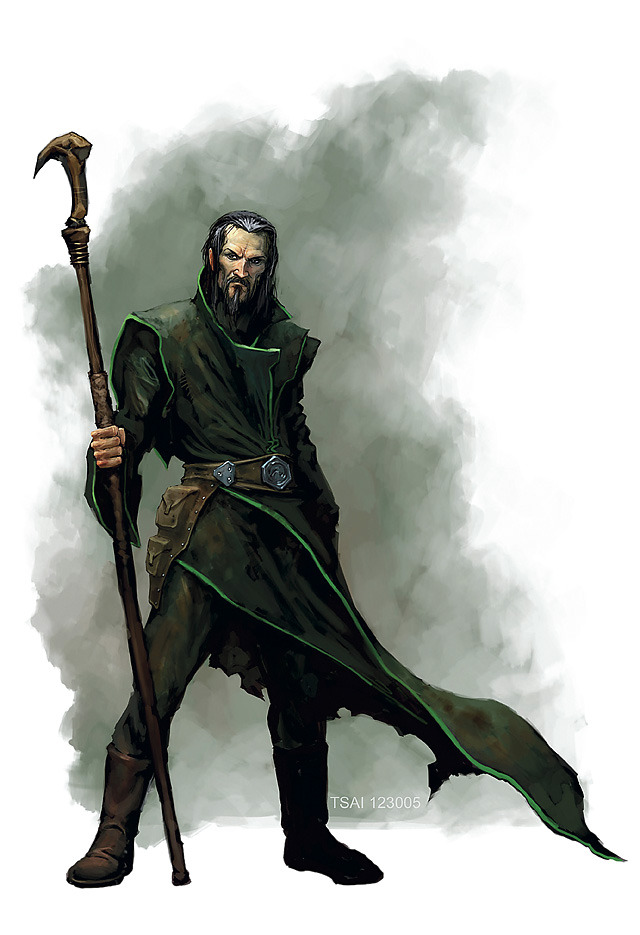