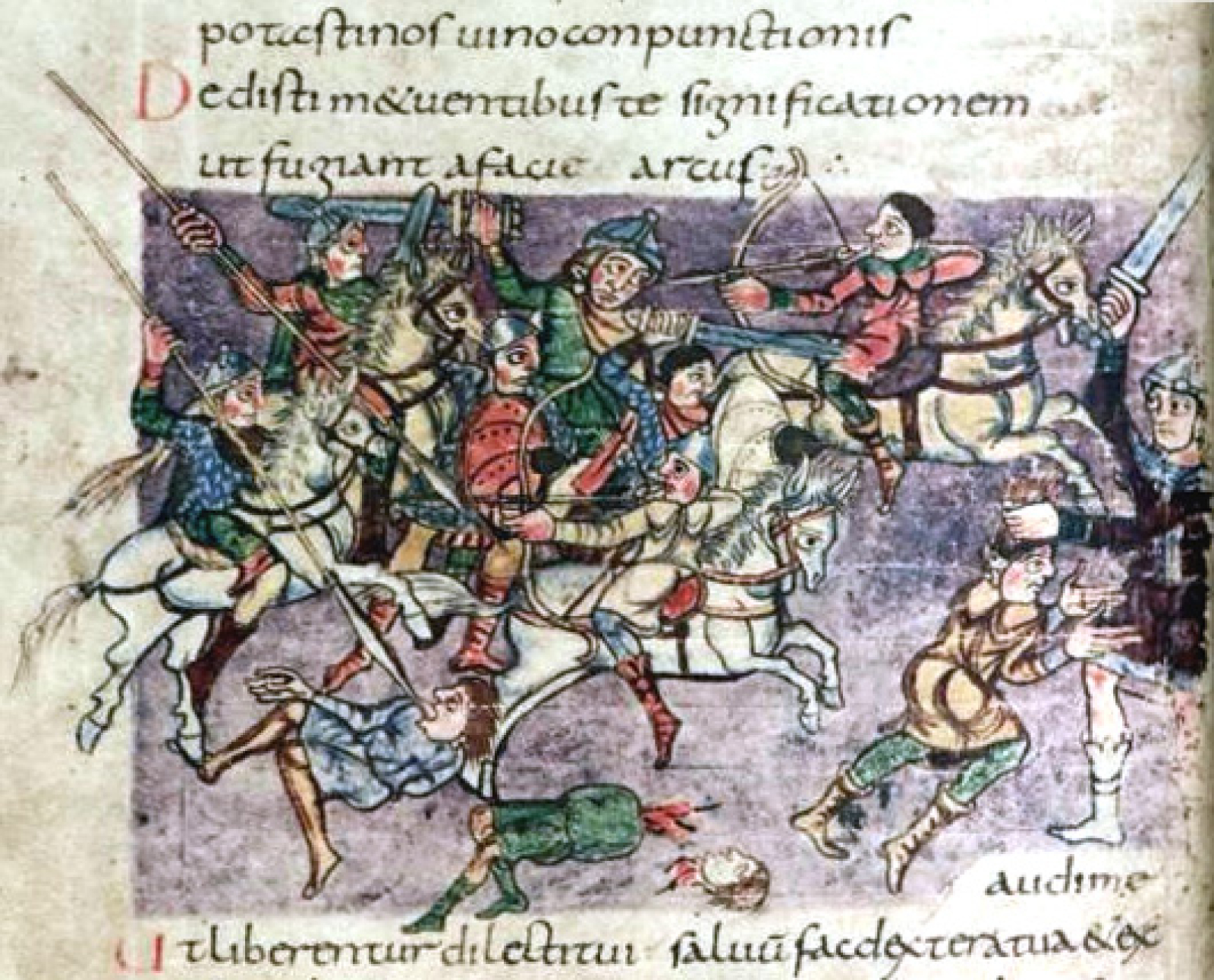 The True Dark Ages Adventures in the 9th Century

Darren McHaffie
The world is now in the 9th Century, and the Early Middle Ages is in full swing. Adventurers are constantly in demand. Some act as mercenaries, others follow the path of magic and bolster their respective nations. Groups scattered here and there long thought dead can still be found, haunting the fringes of growing & established empires. All the while, strange and powerful creatures stalk the lands, some hidden in plain sight, others from the shadows. All the while, ancient evil beings only spoken of in myth & legend or old wives tales, work from behind the scenes looking for domination over the world. With the rise of Christianity and Islam, the old ways fight back, and for the machinations of deities best left alone are weakening these religions so they spread slower. Are heroes able to change or protect the world, or is the world doomed to darkness?     Areas at present is North and Western Europe to begin with (with the Silk Road there is a chance of always expanding beyond this when time comes). Majority of areas under Human control with small pockets of Halflings & Gnomes largely in Western Europe, and similar pockets of Dwarves & Elves east of the Rhine & in Scandinavia (with the odd Halflings & Gnomes in the latter). Half-Elves rare and found spread out among the different countries. Magic is generally uncommon and magic items even rarer. Both found throughout world but not as common as once was. Dragonborn are very rare and generally killed at birth for their links to dragons throughout majority of world. Asia is only place they are found in any number due to region’s outlook on dragons. Tieflings are also very rare, and usually killed too. The latter being because of their dark ancestry. Happens in every country / region. Half Orcs rarely seen due to both them and Orcs being uncommon in the world at large. Usually associated with being by-products of magic / curses or appearing in areas associated with these. Many of the old religions still exist with quite a number of followers and the Abrahamic religions aren’t as dominant yet as they were at the time. Many mystery religions also exist as well as many of gods in Rome, Greece, the Middle East & North Africa. This partly due to the effects of the Romans not having as much control over the areas the old Roman Empire did in our timeline. Many of the tribes of Celts still have control over some of their old territories in Europe, and the Roman Legion didn’t wipe out all the Druids at Anglesey. Because of this they have some clout in these places and regularly causes problems for the invading Germanic tribes. Other religions, gods and cults seem to have also appeared throughout the world too. In every case these seem to be small and usually hidden away in every conceivable place a person could think off. Where they came from or what these are exactly is open to speculation. The Angles, Saxons & Jutes have got majority rulership in England. The Franks are still a powerful nation based in the areas of modern-day France & west Germany. In every case, variations of the Germanic & Celtic (Brythonic & Gaelic primarily) languages are spoken, along with Latin, and to a lesser degree Greek. The latter languages are used in many cases for writing, though Germanic Runes and Celtic Ogham are used the odd time. Many of the other cultures like the Greek city states, the Carthaginians and some of the eastern Steppes peoples still exist to a minor degree as Rome just could not completely destroy them. Something somewhere seemed to have slightly restrained or weakened the Roman Empire’s influence.

The True Dark Ages has 18 Followers

A world where secrets best left forgotten are being awoke.

A sarcastic and energetic delinquent, out in the world attempting to restore his family's fortune and goodname in the eyes of the people, whilst also seeking vengeance and proof against the family who stole everything from him

As polite as he can be deadly.

Human Outlander. Swarthy skin with dark brown hair plaited in two plaits which hang down to his waist. Brown eyes look out from under a bushy eyebrows. He is tall and well built, and wears sturdy traveling clothes.