Victoria Torres, niece of the infamous Miguel Manuel Torres, aka the Iron Spider. After her uncle's untimely death, her cousin the Red Spider took care of Victoria and her family. Even while growing up in the shadow of Las Plagas, Victoria's family expected her to do better, to find a place in the legitimate world. And outwardly she did, studying premed in a fancy Beltway university. Her connections even got her an internship at the Underhill Institute.   But Vicky still likes to slum in the less respectable parts of town, and her escapades have earned her the nickname 'Vice', while her Las Plagas childhood friends are known as the 'Vice Squad'. While they might all appear glam, they know how to fight dirty. Vice herself is known to pack an assortment of meds lifted from Underhill, from sedatives to powerful hallucinagenics.

Vice still has a thing for her high school sweetheart, Terrador, even though her uncle made them break up when she left for college. Rumor has it Terrador was secretly relieved. He knew that if he dumped the semi-psychotic girl the Red Spider might have presented Angel's head as a graduation present to her. 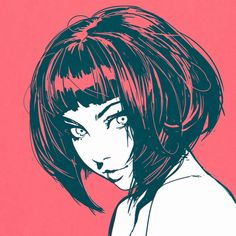