After the collapse of the Canadian government, a majority of the country eventually joined the North American Alliance for reasons of political and economic stability. The notable holdout was British Columbia, which maintained its own independent constitutional republic (the Republic of British Columbia, or RBC), which persisted for many years with broad popular support. As time went on, The Republic saw its financial power and geopolitical strength dampened by the predominant Alliance organizations. Prime minister Gloria Hanover began talks with neighboring leaders to initiate the transition process that would dissolve the RBC and bring the country fully into the Alliance.    A contentious nation-wide debate began over the annexation process. Much of the public, weary from years of economic strain, threw their support behind the Prime Minister and the process. Despite this, objections to joining the Alliance cut a deep nationalistic streak through the populace, and many advocacy groups came out in opposition to annexation. After months of debate and failed negotiations, these groups began to coalesce and militarize. Things came to a head on February 7th, 2017, when an opposition adherent named Jerome Balko assassinated PM Gloria Hanover. This tragedy marked the official start of hostilities.   The war escalated quickly, with intense conflicts and widespread collateral damage. The resistance groups, assembled under the name Northwest Peoples' Liberation army (NPLA) but referred to as Seditionists by Republic forces and their allies, engaged in guerilla strategies and precision tactical strikes to weaken their opponents, while Republic forces, augmented by reinforcements from the Alliance, aimed for a 'shock-and-awe' approach to overwhelm their enemies. Both sides saw heavy casualties, and the conflict resulted in the weakening or destruction of much of the small country's infrastructure.    Eventually, the stronger Republic forces were able to hem in and rout NPLA fighters, and a peace treaty was drawn up. Conditions of the agreement included the annexation of the RBC into the North American Alliance and the creation of a reservation of sorts for remaining separatist fighters and sympathizers located in what was formerly known as the Northwest Territories. 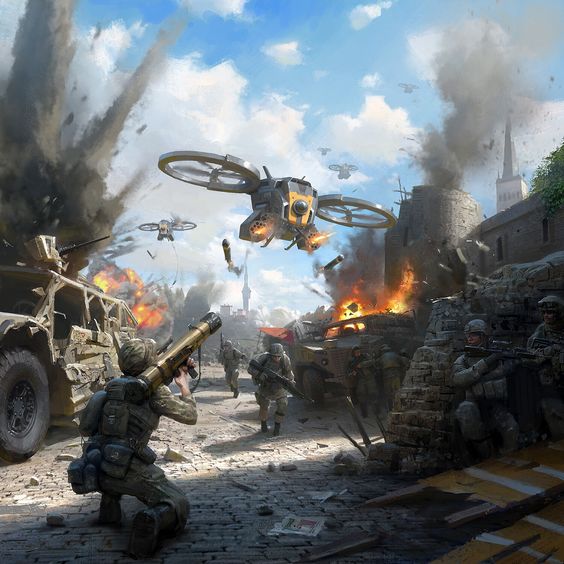 The Republic of British Columbia

The Republic forces outnumbered those of the seditionists, and were further bolstered by units provided by the North American Alliance .
Though outnumbered in the conflict, the NPLA benefited from a loose organizational structure and de-centralized leadership. They primarily utilized guerilla tactics to take out key Republic/Alliance installations.